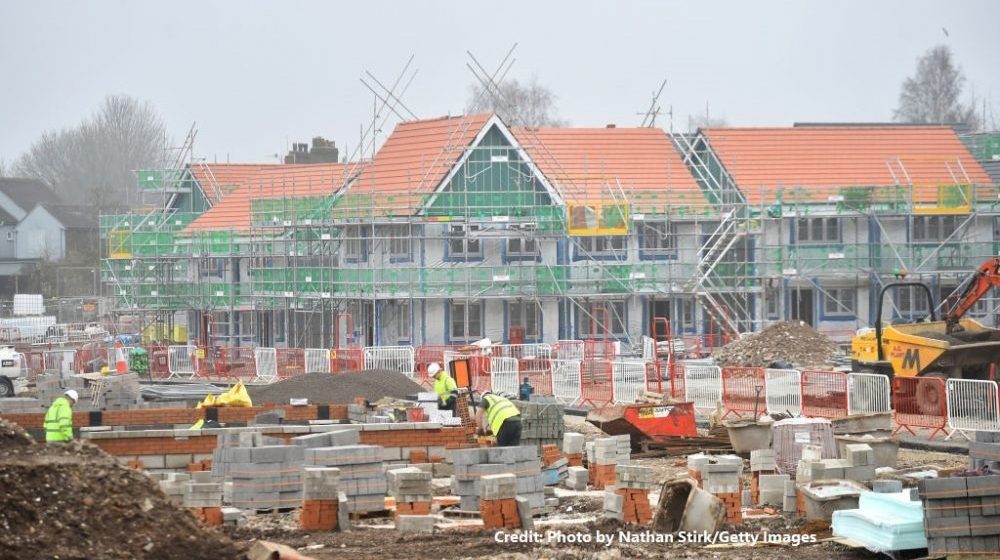 The UK’s ‘industrial strategy’ was held up as a flagship policy for post-Brexit Britain and an opportunity to do things differently, recognising that the state can, after all, play a proactive role in shaping markets and enhancing growth. It was also well received, attracting support from across business, academia and political divides.

Odd, then, that it has just been largely scrapped. Indeed, just three years after the 2017 White Paper, several sectoral deals, and the launch of local industrial strategies in England, the UK Government announced it was ditching its ‘industrial strategy’ along with the Industrial Strategy Council.

The latter was a respected independent advisory group led by Andy Haldane – Chief Economist at the Bank of England – tasked with providing impartial advice and ensuring the industrial strategy met its objectives.

In place of the industrial strategy comes a new policy ‘Our Plan for Growth: Build Back Better.’ In an interesting semantic exercise, Rishi Sunak and Kwasi Kwarteng committed to building on the ‘best elements of the Industrial Strategy’.

They emphasised continuing support for a range of policy objectives including skills and innovation, delivering on the transition to net zero, ‘levelling up’, and promoting trade and investment.

This led some observers, such as Tim Lord to suggest that these new priorities look very similar to elements of the old industrial strategy.

If so, why ditch the industrial strategy especially when – after Brexit and with the country looking towards economic recovery from the pandemic – it is probably most needed?

In part this is a political re-branding exercise, with the Johnson administration keen to demonstrate a clean break from its predecessor.

More critically, the abolition of the short-lived Industrial Strategy Council means that the new ‘Plan for growth’ lacks critical oversight.

Indeed, while the Council’s annual report recently praised the Government’s role in supporting the development of the Oxford/Astra Zeneca vaccine, it was also highly critical of its plans for ‘levelling up’ noting that it was ‘over-reliant on infrastructure spend and continued use of centrally controlled funding pots thinly spread across a range of initiatives’ and this was ‘unlikely to be a recipe for success’.

And yet, a long-term industrial strategy framework accompanied by an independent review body (which we called for back in 2015) remains critical for the UK economy.

Running a successful industrial strategy is a long-term and often experimental process. This is especially so in the context of the Fourth Industrial Revolution, with uncertainty surrounding the development and application of a host of new technologies ranging from 3D printing through to advanced robotics and artificial intelligence.

Mistakes will be made in the design and implementation of policy, but there will also be successes, and policymakers need to learn from both.

If the UK really is going to promote a ‘stable of winners’ then it needs to adopt a policy learning mindset drawing on a participatory approach bringing together government and business.

At first sight, the plethora of recent initiatives, such as the new Towns Fund, a High Street Fund, a network of freeports, and the regional relocation of civil service roles, might suggest that regional development indeed occupies a more central role in policy.

And yet: the new plan made no reference to the role of Local Enterprise Partnerships (LEPs), and the 2021 Budget failed to provide funding for the implementation of the local industrial strategies, on which the LEPs and Combined Authorities had spent significant resources and time compiling.

Like the earlier Strategic Economic Plans, local industrial strategies now look like they will be left to wither on the vine.

Meanwhile, we await the details of the much-vaunted Shared Prosperity Fund designed in large part to replace the EU Structural Funds, and the much-delayed ‘Devolution and Local Recovery’ White Paper.

Details of both the funding and institutional set-up are important, especially because UK industrial and regional policy has often been undermined by continual chopping-and-changing in local governance arrangements.

Two recent initiatives give some indication of where ‘levelling up’ may be heading. In the Budget the Chancellor announced a list of 45 towns allocated funding from the new £3.6 billion Towns Fund.

Funding is to be allocated on a ‘needs-based’ formula, but no use was made of the Index of Multiple Deprivation in this formula.

And of the 45 towns selected for priority funding, 39 were represented by Conservative MPs, including the Chancellor’s own Richmond constituency, which was given a higher priority than nearby struggling Barnsley. This has led to accusations of pork-barrel politics.

The other big policy announcement came in the form of eight new freeports. These will mainly be located in so called ‘left behind places’.

Precise details are yet to be published, but in theory a freeport levies no taxes (tariffs) on imported goods and may offer resident firms temporary tax breaks and easier planning rules. The hope is that this will attract new investment and jobs to these regions.

Yet freeports are no silver bullet for the UK’s regional imbalances. Indeed, much economic evidence suggests that granting a region ‘freeport status’ merely encourages firms to relocate – often a few miles down the road – to enjoy tax breaks and looser regulations.

New investment and increased employment is likely to be minimal. Moreover, it is difficult to ascertain how businesses might benefit from no import taxes, since average tariffs on intermediate goods in the UK are already very low.

So the centrepiece of the new approach looks distinctly underwhelming.

Indeed the ‘building back better’ part of the recent Budget was probably its weakest section, and scrapping the industrial strategy is rather emblematic of the UK’s tendency for stop-start initiatives.

By David Bailey, Senior Fellow at the UK in a Changing Europe and Philip Tomlinson, Deputy Director of the Centre for Governance, Regulation and Industrial Strategy.