Integrated Review: what does the future hold for UK defence? 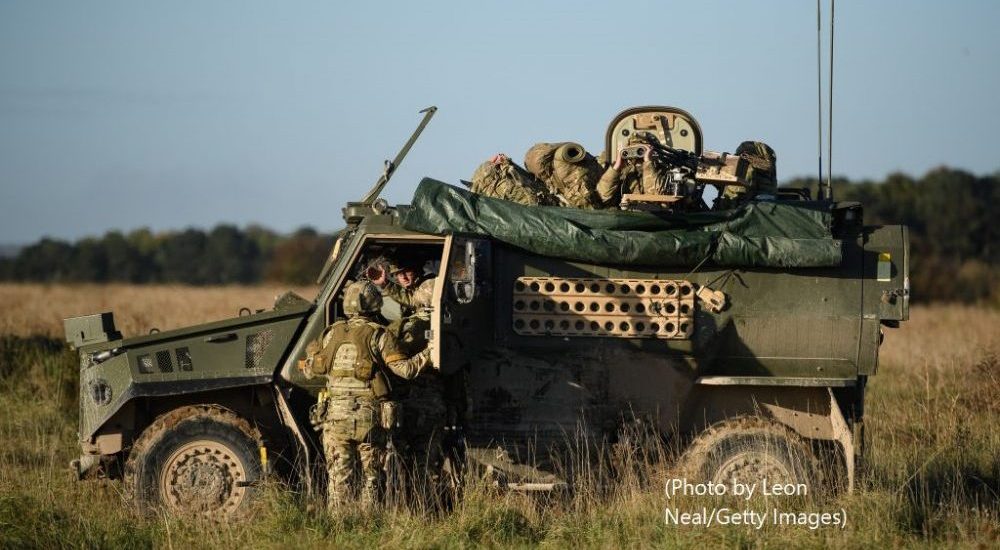 The Integrated Review of Security, Defence, Development and Foreign Policy was meant to provide a strategic framework for national security and foreign policy, including defence, diplomacy, development, and national resilience.

The document identifies four overarching challenges. First, sustaining strategic advantage through consolidating the UK as a science, technology and cyber power; and second, supporting the international order through the UN and upholding an open global trading system.

Third, it speaks of the need to strengthen security and defence at home and overseas, with NATO as the foundation of UK and North Atlantic defence, and of combating state threats, radicalisation and terrorism, serious organised crime, and weapons proliferation. Finally, it calls for resilience against climate change, biodiversity loss, cyber-attack, and threats to health.

A key claim in the review is that it is an ‘integrated’ strategy. Its scope is certainly broad, and climate change gets 57 mentions.

An extra £24.1 billion for defence spending is a major uplift despite pandemic-related constraints. Still more surprising is a planned increase in the UK’s nuclear stockpile, reversing a promised cut announced in 2010.

Most eye-catching is the suggestion in the review that Trident could be deployed following an attack using ‘emerging technologies’ or weapons of mass destruction. This broadens the rationale for a nuclear response.

Keir Starmer questioned the ‘strategic purpose’ of the nuclear increase, while the head of the International Campaign for the Abolition of Nuclear Weapons told the BBC the decision was in contravention of Britain’s Nuclear Non-Proliferation Treaty commitments.

Increasing nuclear capability looks like expensive posturing. Despite the deterrence rhetoric, or logic, which sane leader will launch nuclear weapons, even in retaliation, when the result would likely be mutually assured destruction and a nuclear winter? Moreover, is it strategically significant to raise the number of warheads from 195 to 260?

In terms of state threat, the review does not mince words, identifying Russia and China as key rivals in a world characterised by ‘chronic instability’ according to the UK Chief of Defence Staff.

Relations with both are poor. Russia’s actions in Ukraine, Syria, and Libya are clearly intended to destabilise Western influence. Moscow is a rival, not only in influence, but also in supplying equipment, training, and logistics.

Relations with China are more complex, and the response more confused. Britain is sending an aircraft carrier to the Indo-Pacific region, but to what actual purpose? Is this to frighten Beijing?

The review also underlines Britain’s wish to be a global partner to China in trade and on climate change, while also defending our democratic values.

This is all very well, but the UK is compromised by trade dependency on Beijing. It needs to cooperate despite tensions over Hong Kong and extensive human rights violations in Xinjiang.

Potentially embarrassing for the government in London is a report that Foreign Secretary Dominic Raab told staff that concerns over human rights should not override trade interests.

Industry and technology over people

The global bravado in the document is unlikely to assuage the armed forces’ concerns over staffing levels, or those of the United States.

The uplift in expenditure is on equipment and seems mostly driven by industrial and technological ambition. Manufacturing ships, aircraft, vehicles and satellites in Scotland, England, Wales, and Northern Ireland looks like signalling to domestic audiences at a time of strain on UK unity.

Meanwhile, Britain’s armed forces continue to shrink, now fewer than 80,000. Certainly, an equipment overhaul is overdue, but reducing personnel is questionable given that NATO territorial defence remains a commitment.

Modern armed forces are not only for warfighting, but also for peacekeeping and humanitarian intervention, including addressing a pandemic or climate change impact.

A focus on development in the review is welcome and consistent with the controversial merger between the Department for International Development and the Foreign and Commonwealth Office.

But support for overseas development is undermined by cuts in Britain’s aid budget from 0.7 per cent to 0.5 per cent of GDP. The review promises to reverse this once ‘the fiscal situation allows’.

Aid is a powerful component of soft power, something that the review celebrates, referring to education and scholarships, the BBC and British Council, as well as diplomatic presence in many international forums. But it also sells soft power short: technology and equipment seem prioritised over the people factor.

Regarding other threats, the review identifies cybersecurity, energy security, and terrorism. Policing and intelligence and combating serious organised crime are compromised by reduced access to EU data sharing schemes, and mere observer status in Europol, according to the National Crime Agency.

There is no reference to the UK’s exclusion from the military-strategic components of the EU Galileo satellite system.

The consequences of this rupture are not yet fully understood, but in technological and military-strategic terms, the impact could be severe.

In sum, the document reads as a declaration of intent for ‘Global Britain’. As a middle-sized economy, the UK has punched above its weight in defence and security for years, benefiting from extensive diplomatic reach and soft power.

The danger now is that scarce resources are misallocated or spread too thinly, and strategic incoherence will undermine UK security and foreign policy effectiveness.