Integration and the EUSS 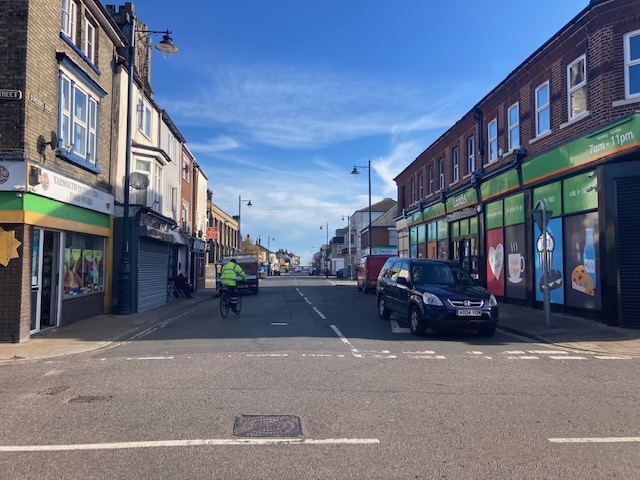 Do EU nationals still feel unwelcome in the UK after Brexit? How do they navigate a sense of ‘Englishness’ and/or ‘Britishness’ and how do they feel about integration? These were the questions we put to a focus group in Great Yarmouth recently.

The majority of the participants agreed that when they came to the UK from the EU, they hadn’t planned to stay for long. Work and higher pay were the reasons why they left their homes and families behind and worked in agriculture, factories and hospitality. Once here, they faced issues about integration and acceptance – even before the introduction of the EU Settlement Scheme (EUSS).

Education was a major pull factor in coming to the UK. One participant said “for me, it’s education, first of all”.

Living in the UK came at a price. The participants identified certain characteristics as being stereotypically British, including a lack of emotion and a sarcastic sense of humour. The participants found entering and navigating this space challenging, in part because of language barriers.

When one participant arrived in the UK from Moldova, her goal was to learn English and integrate. This language learning and integration was difficult, however, as she found herself isolated in Great Yarmouth within a community of non-English speakers due to the nature of her work in a factory with predominantly Russian, Romanian, and Moldovan speakers.

Due to the long working hours and the closeness of cultural communities in Great Yarmouth, several participants noted the difficulty in breaking out of these groups and meeting English speakers. This insularity meant it was difficult to integrate sufficiently into a largely English-speaking country, something that the participants thought was important.

We wanted to know what kept the participants in the UK, and what hopes they had for an uncertain post-Brexit future.

We asked repeatedly and in different ways what, in their opinion, did it mean to be ‘British’, what ‘Britishness’ might look like, and the conclusion was that Britishness equated to having the right paperwork. The participants did not separate cultural understandings of ‘Britishness’ from the British passport and British citizenship.

There was also a perception among participants that to be British means to be free, or at least freer than someone from their countries of origin. This perception changed slightly after Brexit and the introduction of the EUSS, though: one participant said that, “before Brexit I used to say the world is your oyster. You can go anywhere with a British passport. After Brexit I’m biting my tongue a little bit. But I’m thinking it’s still better”.

Even with the uncertainty introduced by Brexit, all the participants agreed without hesitation that they would still have come to the United Kingdom even if they had known about the consequences Brexit would have on their lives and status.

Despite this, they also felt that their sense of security was somewhat compromised by the fact that the majority did not hold citizenship. One tangible benefit of having citizenship and a passport (as opposed to merely EUSS) was the perceived ability to travel to other countries. However, one participant from Poland commented that, “the British passport, for example, is not giving you very easy entry into the United States, so those ups and downs, you know”.

For most of the participants, there was an idea that Britishness means holding the correct paperwork that states one is ‘British’ and that subsequently, in their views, they are more secure. Whether this could be measured in terms of legal benefit, for example whether citizenship gives more advantages or security than EUSS status does, was less important to them. The idea that citizenship equals security permeated the conversation and for many of the participants, securing this for their children was a top priority.

One participant, a Portuguese citizen, emphasised the importance of her children having British citizenship because they are entitled to it and it is something she struggled for: “It’s benefits for them, for me is like their future’s here. They are born here. And lucky for them. Sometimes I say to them ‘lucky that you’ve been born in England, although your parents coming from nowhere’”.

While most of the discussion on integration was fairly light-touch, for some it touched a raw nerve. Tears were shed by some when they reflected on what they had given up pursuing lives in the UK. The participant from Moldova said that she was “missing my mom, dad, father, sister. And for me it’s very hard that they are not here to see my son, how he is growing”.

Brexit has left these people facing uncertainty and insecurity, but it has not deterred them from pursuing lives in the UK. While the pursuit of security was a key motivation for participants to move to the UK in the first place, a sense of belonging and integration was the price that many of them paid.

By Tara Zammit, communications officer at UK in a Changing Europe.