Intergovernmental relations review: worth the wait? 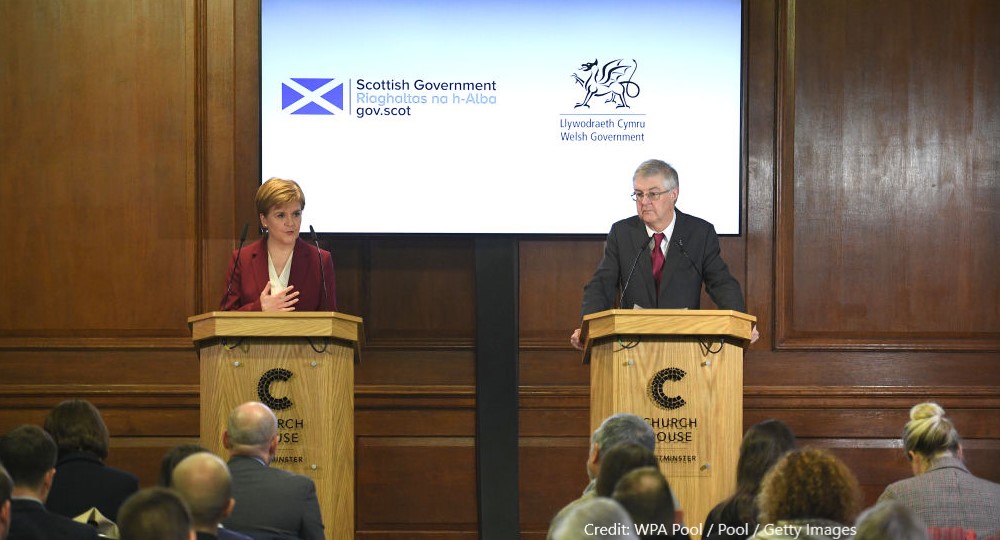 Intergovernmental relations have long been the weak link in the UK’s system of devolution. Party political differences between the UK’s four administrations, and new interdependencies in the evolution of devolution, had led to repeated calls for reform. These were amplified after Brexit and Covid-19 exposed the urgent need for more effective intergovernmental relations. Reporting on the impact of Brexit on devolution, the House of Commons Public Administration and Constitutional Affairs Committee joined in the ‘growing consensus that the current UK inter-governmental relations mechanisms are not fit for purpose’.

The governments, too, recognised there was a problem with intergovernmental relations. In March 2018, the Joint Ministerial Committee – the forum that brought together the leaders of the four administrations – initiated a review of intergovernmental processes and structures ‘to ensure they are fit for purpose in light of the UK’s exit from the EU’.

The Joint Ministerial Committee system is no more, replaced by a three-tier system of intergovernmental forums.

The top tier is where the heads of government will meet annually, chaired by the Prime Minister. Its formal name maintains an element of hierarchy: the forum is formally called the ‘Prime Minister and Heads of Devolved Governments Council’, although it will be known as ‘the Council’.

The bottom tier comprises ‘portfolio-level’ Interministerial Groups (IMGs). These are expected to be less hierarchical, with rotating chairs. They include groups focused on devolved areas (e.g. IMG (Culture)) as well as reserved areas that have an impact on devolved matters (e.g. IMG (Trade)).

Some of these are already up and running; some long-standing committees (e.g. in agriculture and fisheries) have been rebranded to fit the new format. Others have yet to be established, including committees that engage the often politically contentious work of the Home Office, and one intended to give the devolved governments a voice in relation to the UK-EU Trade and Cooperation Agreement.

The UK government hopes that this bottom tier will carry the load, with a technical focus that helps to avoid policy issues being escalated to political disputes. But the heart of the system is likely to be the middle tier.

This has two key forums: an interministerial standing committee (IMSC) and a Finance: Interministerial Standing Committee (F:ISC), with the opportunity for further time-limited IMCs.

The IMSC is to meet monthly to discuss cross-cutting, strategic, or more political issues, both domestic and international, and to resolve any disputes that escalate from the lower tier. In the IMSC, the governments have the opportunity to meet and act as equals.

By contrast, in the F:ISC, the Treasury looks set to maintain the lead role. The F:ISC has its own rules and terms of reference, its own dispute process, and its own language.

Throughout the report, the old practice of referring to ‘the UK government and devolved administrations’, or worse, ‘the DAs’ – nomenclature that reinforced their inferior status – has now been replaced by recognition that they all carry the status of governments. Alas, the Treasury didn’t get the memo. The six references to the ‘UK government and the devolved administrations’ are all in the section on the F:ISC.

Several other reforms hold promise. A new set of principles underline mutual respect for the separate and shared roles and responsibilities of each government, and the need to build and maintain trust.

A standing secretariat, operating ‘outside’ of any one government despite being hosted in the Cabinet Office, will serve all of the administrations and be accountable to the Council. This should enhance capacity and help to avoid poor planning and organisation acting as a barrier to meaningful engagement.

There is agreement that joint decisions must be by consensus, effectively giving each administration a non-constitutional veto power over joint action. The secretariat will also oversee a new dispute resolution procedure.

Whereas previously the UK government could deny the existence of a dispute, now any administration can escalate a disagreement to a formal dispute. The secretariat can seek third-party advice or mediation, and the process must be chaired by a body not party to the dispute. The days when the UK government could act as the accused, the judge and the jury appear to be over.

To date, most formal intergovernmental disputes have involved money. The F:ISC will operate a similar process of dispute resolution to the IMSC inasmuch as any administration will have an opportunity to raise a dispute, with similar recourse to independent evidence or advice. But the report also reinforces that ‘policy decisions on funding are strictly reserved to Treasury ministers, with engagement with the devolved administrations as appropriate’. What constitutes a legitimate dispute under the terms of the F:ISC is therefore limited to circumstances ‘where there is reason to believe a principle of the Statement of Funding Policy may have been breached’.

Parliamentary committees in every UK legislature have called for greater transparency and greater oversight of intergovernmental relations, not least in light of its increased importance in the context of both Brexit and Covid-19. But the report offers very little here. The secretariat is to publish an annual report, but otherwise it serves the intergovernmental Council. There is no reference to parliamentary oversight or a requirement to engage the parliaments. Instead, the report underlines that each government is accountable to its own legislature.

The Scottish, Welsh and UK governments have, separately, changed practice in recent years, to enhance transparency in intergovernmental relations, for example, by reporting on formal meetings with other administrations. But these changes were from a woefully low base, and there remains considerable room for a more meaningful parliamentary role.

Will these new forums provide a meaningful opportunity for the devolved governments to have a voice and an influence over UK government decisions that have a bearing on devolved responsibilities?

In the midst of intense mistrust and fundamentally competing outlooks on the constitutional and political future of the UK, can the governments set aside their differences and work together to forge positive and constructive relationships?

Overall, the reforms have gone further than I thought they could. But the proof will be in the practice. Machinery matters. Process and organisation matter. But the culture and conduct of intergovernmental relations matters more.

By Professor Nicola McEwen, Senior Fellow at UK in a Changing Europe.