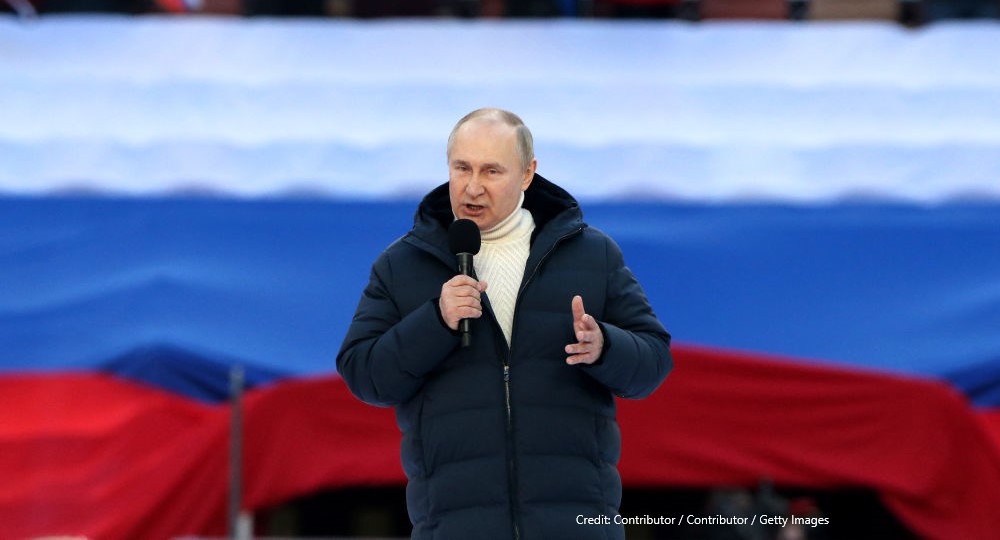 Putin’s war forced a return of the ‘political’ in ‘international political economy’. When it comes to Russia, a coalition of states has reordered the economic incentives of the international economy away from an economic ‘market logic’ of profit that was blind to international atrocities, towards a value-laden economic strategy in defence of human rights.

In 1982, Charles Lindblom published ‘The Market as Prison’, in which he argued that democratic market-based state governments’ policy space was restricted by economic market constraints. If they chose to pursue policies that were against the ‘market logic’ of light-touch regulation, low taxes and the elimination of trade barriers, they would face a market backlash in the form of reduced investment, falling GDP and increasing unemployment. The pressure would be particularly acute in international currency and sovereign debt markets, where a powerful backlash would lead to a loss of support in the court of public opinion, and ultimately at the polls.

Despite its faith in this market logic, the West is fighting back in ways which would have been thought to be impossible at the height of globalisation in the 1990s and early 2000s. Unprecedented economic sanctions against Russian individuals, exports, industry, business, finance and the state are the manifestation of a very different market backlash.

Lindblom argued that any government attempts to change market conditions would lead businesses to reevaluate their investment decisions and expansion plans, and to consider moving their operations to a different country. We can see examples of this in the exodus of western businesses from the Russian economy, as they scramble to adjust to the market conditions imposed on the Russian economy by the West.

As businesses withdraw from Russia, Lindblom’s concept of market punishment crystallises in the form of the falling value of the Russian rouble, a frozen stock market, warnings of unemployment and forecasts of up to a 15% drop in GDP.

The West is hoping to inflict a sovereign debt crisis, a stock market crash, a currency crisis and a recession on the Russian economy. It has also broken a post-war international convention and crippled a major economic power’s central bank as the lender of last resort in order to ensure the economic decline is deep, inevitable and inescapable.

What is significant here is that this response was not the result of Russia defying the rules or logic of the international order in a purely ‘economic’ sense, by changing the parameters of the state and its relationship with the economy in a way that runs against prevailing market orthodoxies. Russia is, as we’ve seen, just as plugged into the international economic order as many of those now imposing sanctions.

Rather, the West has declared an unprecedented economic war on Putin’s Russia, and the power of the market has been harnessed in order to defend democratic values. Market logic has been replaced by a values-based foreign and economic policy in this instance.

Before Russia’s assault on Ukraine the rules of the game were clear: economics over politics. Moscow could invade parts of Ukraine in 2014, and China could overrule Hong Kong sovereignty without a significant market backlash. The invasion of Ukraine by Russia has changed the rules entirely: politics over economics.

Despite this shift – economics has not been completely supplanted by politics. The western liberal powers must note that similar sanctions will not be feasible in any future confrontation with the Chinese government, due to the size and international integration of China’s economy. Beijing will be planning how to withstand and circumvent similar sanctions in the future.

In addition, the West has held off from sanctioning Russia’s energy sector due to its heavy reliance on Russian oil and gas. Even as ‘Ostpolitik’ fades, Germany in particular has been hesitant to impose energy sector sanctions. The European Union relies on Russia for 40% of its gas.

Whilst some western countries have committed to phase out their reliance on Russian gas, the pledges still remain modest. This suggests that economics is still playing a limited role in the international response to Russia’s war in Ukraine –  revealing that western governments still fear a market backlash of their own.

Lindblom never thought it would be possible, but free markets, capital flows, transnational corporations and financialisation have all been harnessed to defend a democratic free people under attack from a dictatorship. The ‘political’ in ‘international political economy’ has returned, but the real fight to defend the gains of the liberal democratic order is just beginning.