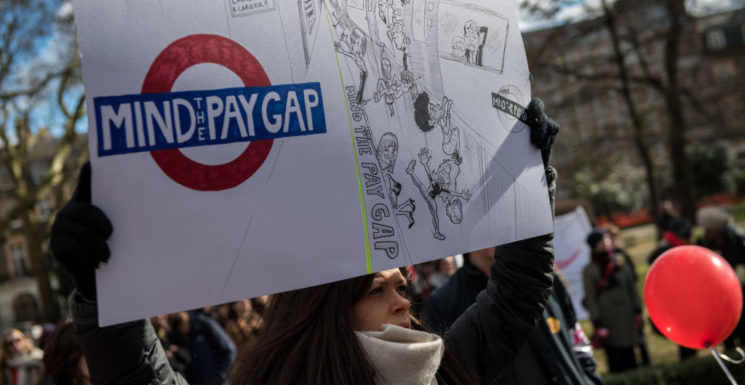 As we have now left the EU, and its protective legal framework and coordination of learning opportunities across countries, International Women’s Day reminds us yet again of the gaps to be filled before the socio-economic status of women approaches that of men.

Although the UK improved its ranking in the UN’s Gender Inequality Index after 1990, thanks to investment in education as well as growing numbers of women in political and economic decision-making posts, progress plateaued after 2005.

At times of rising socio-economic inequality, the lack of significant new action means a high risk of slipping backwards.

Sir Michael Marmot’s first report, back in 2010, identified the drivers of rising life expectancy. Now his follow-up study, published in February, shows a staggering increase in health inequalities over the last decade.

This comes after a century of steady improvements in life expectancy, and among women, in particular, life expectancy is falling in the most deprived areas outside London.

The recent report argued that a set of factors were ‘highly likely’ to have caused the reversal of the improvements since 2010: ‘rising child poverty and the closure of children’s centres, […] declines in education funding, an increase in precarious work and zero hours contracts, […] a housing affordability crisis and a rise in homelessness, […] people with insufficient money to lead a healthy life and resorting to foodbanks in large numbers’ (see page five of the 2020 report).

Speaking on Radio 4 on the day of the report’s release, Dame Louise Casey, head of a 2017 government review on social exclusion, echoed the report’s conclusion that gendered health inequalities were due ‘without a doubt’ to cuts in local authority funding and to benefits. The Marmot review, she argued, provided the opportunity for a fresh start to move forward in a different way.

What, then, can be done to halt social regression and work towards a more gender-equal society? The Marmot report urged swift government action to invest in deprived areas, reduce low-paid and insecure work, and strengthen early years support and provision.

The Rowntree Foundation’s review of poverty in 2019-2020 came to similar conclusions, arguing for initiatives to improve pay and working conditions for those in low-wage jobs, to strengthen the benefits system, and to support housing costs of those on low incomes.

The chief executive of the Health Foundation, Dr Jennifer Dixon, called for investment in Sure Start children’s centres and other measures to reduce child poverty and families’ in-work poverty.

So far, the government’s messages on its ‘levelling up’ strategy have focused on large road and rail infrastructure projects which will take years to bring a reduction in territorial inequalities, and will have only a weak impact on poorer communities even then.

The Conservatives’ 2019 manifesto pinned most of its policy pledges to improve life for working parents on the Good Work Plan proposed under Theresa May’s government, including the proposal (subject to consultation) to make flexible working the default for new contracts, and plans make it easier for fathers to take paternity leave (with proposals from the 2019 consultation expected in the spring), as well as the already announced plans to establish a labour market enforcement agency and to extend entitlement to leave for unpaid carers to one week.

New on the table was a promise of a £1 billion fund for affordable childcare places. It remains to be seen whether this spending promise will make it into what was initially planned as a crowd-pleasing budget but may be trimmed back in a gloomy economic climate.

There is a big gap to make up: research from Oxford University shows that around 1,000 Sure Start children’s centres closed between 2009 and 2018, twice as many as government claimed. Investment of £1 billion would therefore only restore the amount lost since 2010 to funding of Sure Start.

Women make up nearly two thirds of people earning less than the living wage: around a third of working women. The ‘national living wage’ will increase to £8.72 per hour (for 25 year olds and over) from April 2020, whilst the real living wage is calculated at £9.30, and £10.75 in London.

The Prime Minister has stated his intention to raise the minimum wage to £10.50 per hour, and extend it to younger workers aged 18-24, which would make a significant difference to in-work poverty. The Resolution Foundation points out, however, that boosting the minimum wage is only part of the problem, as housing costs rise.

Lindsay Judge and Hannah Slaughter’s recent report shows that low-wage workers also experience job insecurity, and are often trapped in low-pay jobs with little hope of progression. Moreover, they are reliant on in-work benefits whose value has been cut since 2010.

The Marmot review shows clearly that women have borne the brunt of changes to tax, benefits and government spending over the last decade.

Based on this trajectory, it seems only too likely that any negative economic consequences of the UK’s withdrawal from the EU will disproportionately effect women due to their over-representation in the most vulnerable groups in society and their reliance on public services, as the Women’s Budget Group painstakingly set out in its 2018 report.

Investment in basic public services such as transport is undoubtedly needed and a useful first step, but may not be enough. Tackling women’s low pay and worsening life chances, as well as gender pay gaps across the pay scale, is a big agenda which requires government to recognise structural inequality and act accordingly.

By Susan Milner, Professor in the Department of Politics, Languages and International Studies at the University of Bath