Ireland, the UK and the EU 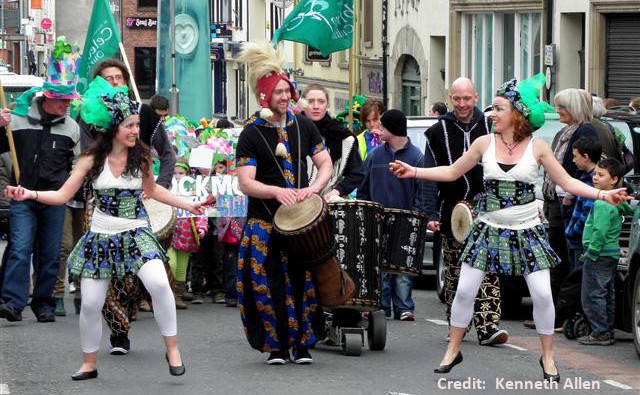 Ireland is the member state most exposed to the UK’s decision on whether to leave or remain in the EU. The Irish border would become the only land frontier between the UK and the EU in the event of a Brexit. The Belfast power-sharing agreement in Northern Ireland, enabled by decades of improving relations between the two states in that European setting, would be put at risk. The free flow of people and currently buoyant economic relations across the Irish Sea are similarly threatened. The undoubtedly more amicable Irish-British political interaction of recent years, voiced annually around St Patrick’s Day, finds expression in a converging approach towards the EU as an open liberal bloc, both internally and externally. This would have to be refashioned.

Not surprisingly, any conceivable coalition government emerging from the Republic’s 26 February general election will say Ireland’s interests are best served by the UK remaining in the EU. All the political parties elected to the new Dail support this case, as do the Independents who have spoken about it. Polling shows public opinion supports them, including on the four main issues David Cameron raised with Brussels. There is a general fear that Ireland north and south would suffer if UK voters decide to leave.

But Irish support for the UK is not unconditional. Like other governments, the Irish one was concerned to protect the EU’s integrity against British exceptionalism in the negotiations; it was willing to go further than most to ensure success and said so openly, sometimes playing a privileged role as an interpreter and broker of British positions. There is little sign of any significant shift in policy or opinion saying Ireland should also leave the EU if the UK does. That is because the dominant narrative of Ireland’s EU participation affirms its nationhood through sharing sovereignty with other European states rather than preserving it intact in absolute zero-sum fashion as British Eurosceptics proclaim. Smaller states are more aware of their vulnerability if isolated in an era of interdependence than large ones with an imperial past which can be reimagined through the Anglosphere and the Commonwealth. They do not realise how small they are in practice.

Much of the Brexit debate has already been cast around this issue of sovereignty, and its definitions. In the book I edited with Daithi O’Ceallaigh, Britain and Europe: The Endgame, An Irish Perspective we argue the UK actually faces a dual sovereignty question: an external aspect concerns the EU, and an internal one concerns its future as a unitary, devolved or federal state. The UK’s political discourse now links the two decisions together inexorably in an emerging consensus that a UK withdrawal from the EU might trigger another referendum on independence in Scotland. Because the Scots would prefer to remain in the EU they could very well choose to leave the UK.

Figure 2 (above) from the book (p.88) summarises the four possible scenarios involved in this dual choice about EU membership and the UK’s future. Whatever is decided has implications for Irish-British relations and for both states’ futures with the EU. Outcome 1 foresees a federalising UK, deeper Irish relations with its constituent parts (notably Scotland) and an English question expressed by an emergent nationalism provoked by resentments about these changes and possibly unwilling to pay the price of continuing union on these terms. Outcome 2 foresees a Brexit with the consequent Scottish unease already mentioned. Outcome 3 is less likely so soon after the September 2014 referendum and if the UK remains in the EU. But it would be deeply unsettling, not least for Northern Ireland unionists whose affinities are with Scotland rather than England.

Outcome 4, most radically, would see Scotland out of the UK and the UK leaving the EU. A UK breakup is likely in this case, since a predominantly Eurosceptic England with fewer solidaristic values would increasingly resent and be less willing to fund Wales and Northern Ireland. In that case Irish unity would be put on the political agenda far more quickly than most Irish political elites or voters North or South expect or desire. Unionists might even seek a better federal deal from a Dublin inside the EU than from a London outside it.

All these elements and possible outcome of the UK’s dual sovereignty question are combining into a decision-making crisis. Whether it will be resolved in an immediate endgame is open to debate; but another set of scenarios used in this book helps clarify the discussion. We distinguish four distinct positions of the UK in the EU, ranging from “Fully-in” through “Half-in” and “Half-out” to “Fully-out”. The Fully-in scenario, which has the UK joining the euro, Schengen, the Fiscal Compact and other policies, is ruled out for the time horizon we cover. The Fully-out one involves withdrawal and negotiation of a bilateral free trade agreement or other arrangement with the EU. The Half-in position is defined as:

The UK does not join the euro but signs up to as many EU initiatives as possible in all other policy fields, similar to Sweden or Denmark. It engages actively and positively in the EU and thereby maintains its place at the Union’s top table in spite of the fact that it is not a eurozone member. The UK could even take the initiative to become a leader in certain policy areas, e.g. security, foreign policy, digital policy.

The half-out position is defined as:

The UK steps back from European integration and puts distance between itself and the eurozone, while seeking to ensure the integrity of the single market. It only joins the initiatives that matter most to it, acknowledging that some interests would take a hit. The block opt-out from Justice and Home Affairs legislation provides a possible template for this position.

As argued in the book, the half-out position would not properly resolve Britain’s EU question and would leave it to be reopened depending on events and circumstances. It would create a permanent grudging block on the road to deeper integration and probably produce mounting resentment among the UK’s partners. The half-in position would be much more dynamic and cooperative, including for Ireland, despite the UK’s continuing non-participation in key areas. Whether it will be the outcome of the referendum campaign is, however, very much an open question.

Paul Gillespie is a columnist on international affairs and a former foreign policy editor of The Irish Times and a senior research fellow with the School of Politics and International Relations, University College Dublin.