Irish domestic politics will not unlock the border question 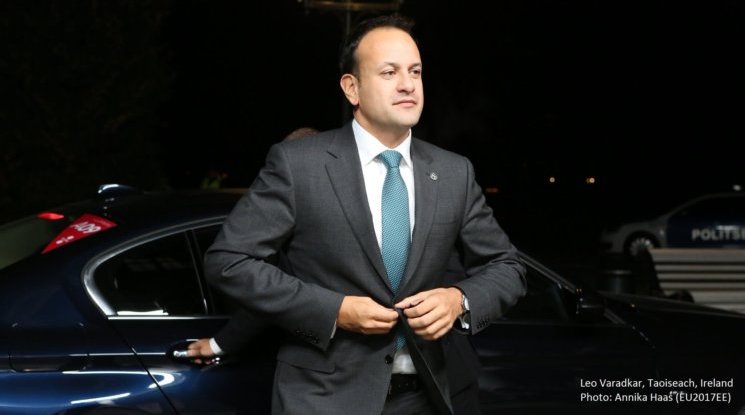 Since the referendum, the domestic politics of EU member states have taken on a striking significance in the British media. These politics matter directly to Britain now, in a way they didn’t before. They will be crucial, after all, when it comes to the shape of any possible final Brexit agreement.

This new found enthusiasm is a welcome, if paradoxical, result of Brexit. However, viewing the Brexit negotiations through the lens of domestic European politics in the EU27 actually provides limited explanatory leverage. The politics of Ireland, and the way the first stage of Brexit negotiations played out, provided a neat (and topical) illustration.

The return of megaphone diplomacy to relations between the UK and Ireland occurred just as the troubles of Irish Taoiseach Leo Varadkar – a political crisis involving emails, a cover-up and a fragile minority government under strain – engaged the imagination of the British media. The Irish government looked set to fall at the very moment when UK-Irish relations, once described as governed by ‘fever-chart diplomacy’, were growing substantially more heated. Enter the politics.

UK government ministers briefed that the Irish government negotiated the first phase of negotiations with one eye on Sinn Féin. Both Iain Duncan Smith and Jacob Rees-Mogg made the case that upcoming Presidential elections in Ireland, and the latent political threat of Sinn Féin, were key factors driving the Irish government towards a hard-line stance on the border question.

A concrete solution to the border issue continues to prove elusive. In its absence lies the prospect of continuing ‘full alignment’. But while procrastination over the Irish question has its immediate political virtues for Theresa May, it will continue to be defined by intractable political logic and negotiating gravity. Any hope the internal politics of Ireland will transform the negotiating dynamic are forlorn.

The politics of May’s week in Brussels were defined by a veto held by the DUP and dynamics within her own party. The immediate result was viewed through the prism of British party politics, and the internal reaction within the Conservative party. In contrast, Varadkar’s position was a reassertion of a settled and sustained view from Dublin.

There was little hint that EU or domestic pressures were driving the Irish negotiating position. This is because whether Varadkar clung to power or not was largely irrelevant to whether negotiations advanced or stalled to stage two.

The internal politics of Ireland will continue to play little part as and when the border question, kicked into the long grass, re-emerges. Four factors will continue to dictate the outcome – and none would be substantively altered by a change in personnel at the top of the Irish government. First, a broad political consensus which exists in Ireland over the border issue.

Second, the logic of the negotiating timetable agreed by the EU. Thirdly, the UK government’s position on the customs union and single market. And, finally, the continued unity of the EU27 on the importance of the border question.

There is remarkable unity across the political parties of Ireland when it comes to Brexit. This is reflective of a stability in perceptions among the population at large. Back in May, three in four Irish voters trusted their government to protect Irish interests in negotiations. The cross-party view from Irish TDs (the equivalent of MPs) in the Dáil (the House of Commons) is settled. There can be no ‘hard’ border – which means any border, be in electronic or physical.

The ceremonial nature of the Irish Presidency make the identity of the Irish President a moot point. The idea that Varadkar and Sinn Féin are in cahoots has little relation to the practical realities of the inter-party politics of Ireland. There is, in short, a near-zero chance that any Irish government formed will approach the negotiations over the border substantially differently.

Second, the questions that arise from the Irish border are frequently portrayed as primarily political when in fact they are purely logical. The negotiating dynamics of last week were framed by a timetable that entrenched a specific pinch-point on the Irish border question. Calls for regulatory or customs convergence between the North and South fundamentally cut against the UK government’s commitment to leave the customs union and single market.

This is not new: the idea ‘creative solutions’ and technology alone can bypass these inherent problems have long been dismissed by both main parties, Fianna Fáil and Fine Gael. This problem has not disappeared.

A Channel 4 voxpop, showing British voters attempting (and failing) to draw the Irish border, gained significant traction in Ireland because it spoke to a perception that the border issue was not a top priority for the UK. This has an element of truth. YouGov asked respondents from across the EU to choose their top three policy priorities for Brexit. Averting a hard border was rock bottom for Brits. More Germans than Britons chose softening the new frontier between the UK and Ireland as one of the key factors guiding negotiations.

Now that an agreement on sufficient progress has taken some of the immediate pressure off, there is a need for sustained diplomatic efforts to rebuild relationships between the British and Irish governments. The damage that has been caused needs to be repaired, not least as the border question is delayed rather than resolved.

Finally, the unity of the EU position has also been important. Sustained Irish diplomatic efforts have – at least up till now – created a united prioritisation of the border issue among EU negotiators. The Irish government used their leverage to maximum effect, but the crunch point of last week had been a long time coming. It would have happened under an Irish government of any stripe.

The idea that the EU27 negotiating position is dynamically responding in real time to current domestic political change is misguided. Misreading the political runes in Ireland may be diplomatically problematic, and have worked to entrench Irish attitudes against accepting compromise. But as the next stage of negotiations on a transition agreement begin, there was a broader lesson: the problems with seeing domestic political flashpoints as either a clear opening, or an existential threat, for the Brexit talks.

By Alan Wager, researcher at The UK in a Changing Europe.