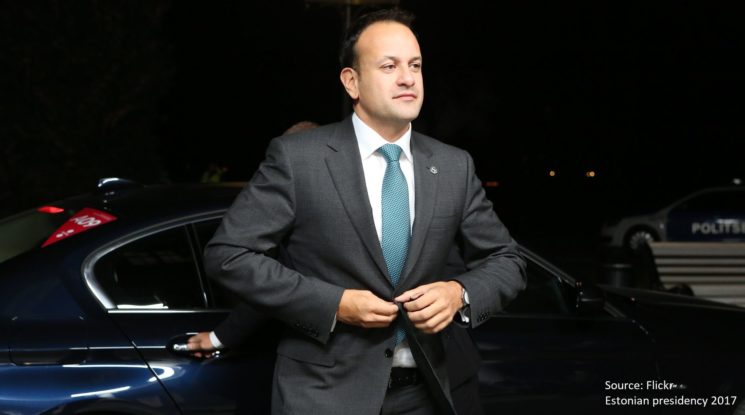 Voters go to the polls on Saturday in the Irish general election, which will be one of the most intriguing in recent times. Framed around a narrative of change, new political trends and allegiances are emerging with implications for the island of Ireland and its nearest neighbour, the UK. There are five points worth noting.

Firstly, the resolute focus during this election campaign has been on domestic policy issues. A housing and homelessness crisis, and a health system under severe pressure, are the concerns which have most exercised Irish voters. These two home-grown problems have dominated the debates, the discussions and the doorsteps.

Secondly, and in contrast to the UK, Ireland’s GE2020 has included little discussion of Brexit, and even less discussion of the EU.

This is largely because all parties agree on the need to moderate the worst effects of Brexit for Ireland. The attempts by Fine Gael, and its leader Leo Varadkar, to use the party’s effective management of Brexit to persuade voters to trust the party and to lend it their support, have largely fallen flat.

Although not a subject on the doorsteps however, Brexit nevertheless looms and lingers over this election. The UK decision to leave the EU has altered political conversations in Ireland and vitalised new visions for the future.

This links to a third feature of this election: evidence of significant and possibly historic shifting political dynamics and allegiances. The apparent rise of Sinn Féin has been quite remarkable.

The party’s ability to convert first preference votes into seats, however, is hampered by the fact that the party is only fielding 42 candidates (for a 160-member parliament). Having more candidates on the ballot papers might have allowed Sinn Féin to capitalise on the benefits which Ireland’s PRSTV electoral system can offer. However, not even Sinn Féin, it appears, foresaw the increase in their electoral fortunes.

Fourthly, and related to the above, Sinn Féin’s growing electoral appeal points to the likelihood of their constitutional aspiration for Irish unity moving up the political agenda. This will be especially so if the party finds itself in either a coalition or Confidence and Supply arrangement with one or more of the other parties.

Fianna Fáil and Fine Gael have categorically ruled out sharing power with Sinn Féin – although pre-election promises can sometimes falter when confronted with post-election realities. Yet even in opposition, Sinn Féin will be a formidable political force pressing its case for a referendum on Irish unity. In its manifesto, the party commits to start planning for a unity referendum and proposes ways and means of doing this.

Fifthly, and finally, what happens in Ireland during this election matters for the UK. The impact will not be immediate, but it is possible that within a few short years, an altered political landscape in Ireland will be instrumental in shaping the UK’s constitutional future.

Although the UK’s exit from the EU might not have been a critical issue for voters or candidates, this Irish electoral contest is decidedly situated in the shadow of Brexit. For Ireland and the UK, this is a potentially defining moment and for that reason, this election is one worth watching.

By Dr Mary C. Murphy, Lecturer in the Department of Government at the University College Cork.