Is a cliff edge still a possibility? 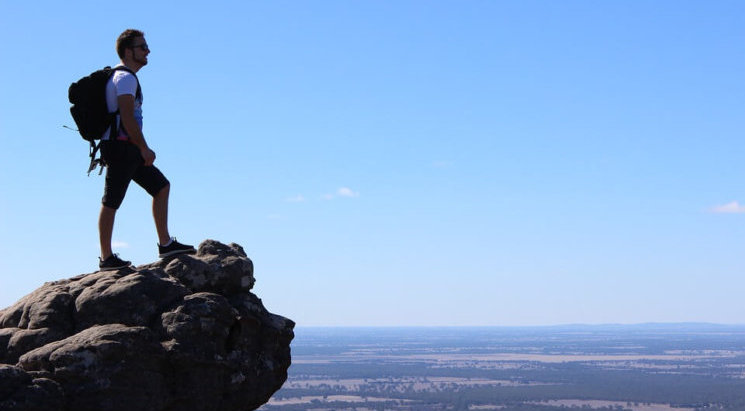 The agreement of much of the text for the terms of Britain’s withdrawal from the EU and the ‘transition period’ thereafter marks the first substantive development since the conclusion of the Phase 1 negotiations in December.

There is much in the detailed provisions to be picked over, and the fine print may throw up some significant problems, including the possibility that the body to oversee citizens’ rights might come to an end eight years after the end of the transition period.

And the most intractable issue, that of the Northern Ireland border, has been deferred. Overall, though, it is now far less likely (although still not impossible) that there will be a ‘cliff edge’ in March 2019 and to that extent it has been welcomed by business groups since it makes for a greater degree of certainty.

However, it can also be seen as no more than an extension of the period of uncertainty. It is not, at this point, a transition to anything, nor is it an implementation of anything. Future trade terms will not be agreed until after the end of the Article 50 period, although there will likely be an outline political agreement on what is aimed for. It seems unlikely that the detailed legal terms will be fully agreed in time for the end of the transition period, so a cliff edge is still a possibility.

And if the outcome is, as the British government insists it must be, that Britain leaves the single market and has no customs treaty equivalent to the customs union then there is not enough time for either the government or many businesses to make the necessary adjustments without a further transition period.

For some of the major projects involved, especially customs facilities, December 2020 is really not very far off.

But the agreement makes no provision for any such extension of the transition period. Thus if all goes ahead as agreed Britain will be a third country with respect to the EU at the end of March 2019 and out of the single market and customs union at the end of December 2020.

What form its relationship with the EU will then take is unknown. For large, long-term business investments that is a major problem. There is also one particular uncertainty about the transition period itself that the text of the agreement is very coy about: Britain’s access to EU trade agreements with other third countries, via which about 16% of UK trade is conducted.

A footnote in the text says that the EU will inform those countries that Britain is to be treated as a member state for the purpose of those agreements. But it is not clear that they are under any obligation to do so.

Will this agreement, assuming its terms get finalised, go ahead? On the EU side, the answer seems almost certainly to be yes. After all, in almost all key respects, including the length of the transition period, the agreement follows the terms originally set by the EU.

In particular, the UK will continue to be subject to but have no control over all EU rules and laws.

This will be the ‘vassal state status’ that Brexit Ultras have said would be unacceptable (a tacit admission that their erstwhile claims that Britain had no say in the EU was inaccurate), and pretty much the opposite of ‘taking back control’.

Even so, and despite what will no doubt be a lot of huffing and puffing, it seems very likely that Brexiters will accept the agreement. It makes it all but certain that they will get over the line in March 2019 and Brexit will be a legal reality, even if at first with little tangible effect on everyday life. Some of them will make much of the fact that the transition terms allow Britain to both negotiate and ratify (but not implement) trade deals with other countries.

That is actually a hollow concession by the EU since it’s unlikely that other countries will want to sign up to trade deals with Britain before knowing the nature of Britain’s post-transition trade terms with the EU. And in any case Britain’s limited capacity for trade negotiations will be fully used up in talks with the EU.

Apart from that crumb, there is nothing in the agreement that will commend itself to Brexiters. But they – or at least those of them in parliament – have little option but to go along with it since if they do not the political crisis it would provoke could end up de-railing Brexit altogether.

Conversely, that means that for Remainers the prospects of avoiding Brexit look more remote. If there is no political crisis and a further deferment of most of the really serious economic damage of leaving the single market, it becomes much harder to mobilise public opposition to Brexit in the time available.

For many people, who are perhaps not very interested in the details, it will seem as if things are drifting along with nothing much to worry about for now, if at all. Such drift, of course, is fatal to Remainers because just as Brexiters will swallow anything to get over the March 2019 line so too is it the case that once that line is crossed there is no going back (except in the very long-run).

On the other hand, it’s still possible that Britain could change policy on single market membership and seek to remain in that after the transition period ends. But that it is a possibility is likely to erode the willingness of Tory remain-inclined MPs to see any urgency in rebelling now.

Why go through the pain if, after all, the eleventh hour on single market membership has been postponed?

That the possibility of single market membership being retained exists is principally because of the unresolved issue of the Ireland/ Northern Ireland border. The government believe that this will be solved either by Option A (a very close trade agreement) or Option B (special arrangements, especially technological solutions).

Since the trade terms will still be under negotiation during the transition period, this means that the Irish border issue will continue to be deferred until after Brexit day.

However, no known trade agreement can avoid the need for a border and no known technologies will enable it to be a completely invisible border of a sort compatible with the Good Friday Agreement. Which would then bring into play Option C, meaning regulatory alignment across the border.

If that were to mean a border between Northern Ireland and Great Britain then, according to Theresa May, no British PM could agree to it. Which would then have to mean regulatory alignment with the whole of the UK: de facto single market membership and customs union.

Whether by then – some four and a half years after the Referendum – Brexit in this or any other form could be called the Will of the People is another matter entirely.

By Christopher Grey, FAcSS is Professor of Organization Studies at Royal Holloway, University of London. For further developments on Brexit read the Brexit blog.