Is a One Nation Brexit possible? 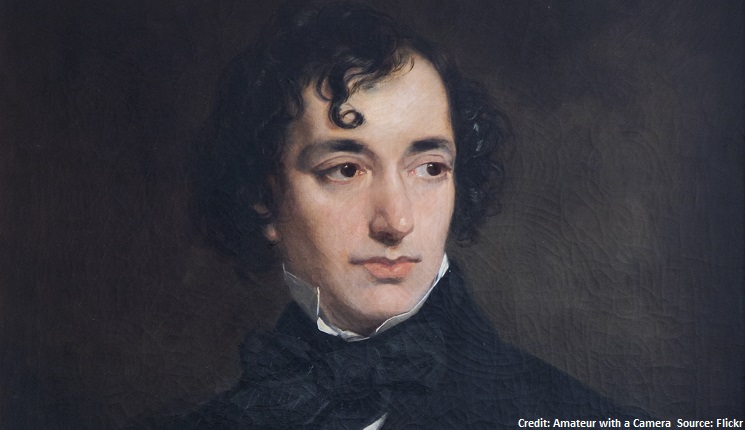 From its inception, the battle of ideas in the Conservative Party about supranational European integration and Brexit has been underpinned by competing models of political economy, with very different ideas about where the frontiers of state and market should be drawn.

These rival models in turn have drawn upon competing visions of whether the principles for which the Conservative Party should stand should be those of conservatism, and specifically the One Nation tradition which inspired Conservative Prime Ministers from Benjamin Disraeli, above, to Harold Macmillan, or those of market liberalism, and the ideas of Adam Smith and Friedrich Hayek which inspired Margaret Thatcher and Sir Keith Joseph.

In the week immediately prior to polling for the European Parliament elections, the latest rival visions of conservatism and Brexit were launched. On the one hand, the One Nation caucus of Conservative MPs, led by former Secretary of State for Education Nicky Morgan, published a declaration of One Nation Conservative values with the aim of achieving a One Nation Brexit.

It advanced the argument that ‘The only way we can prosper as an independent country is if we come together as One Nation – all four parts of the Union, North and South, Remain and Leave – and make crisis the catalyst for a moment of inspiring reunion and renewal’.

On the other hand, former Secretary of State for Work and Pensions Esther McVey launched her own bid for the Conservative Party leadership on the back of a reboot of ‘Blue Collar Conservatism’: a decade-long campaign which had targeted lower earning, working-class voters in key marginal seats. McVey advocated a no deal, WTO terms Brexit, and a model of political economy far removed from that underpinning the rival One Nation Brexit vision.

Although two of the most recent examples of rival visions of conservatism, the origins of this battle of ideas can be traced back fully 45 years to April 1974, and the decision of Margaret Thatcher and Sir Keith Joseph to establish their own think tank, the Centre for Policy Studies.

Operating outside traditional sources of Conservative Party thinking, such as the Conservative Research Department, the Centre was created with the express purpose not just of winning power but of changing the whole climate of opinion in British politics.

As Thatcher later observed, avoiding debate about the large issues of government and politics, including European supranational integration, would lead only to ‘directionless failure’. Her argument was precisely that of Friedrich Hayek, the great Austrian economist and philosopher in ‘Why I am Not a Conservative’, the postscript to his 1960 work, ‘The Constitution of Liberty’.

Hayek had identified the decisive objection to conservatism as its inability to ‘offer an alternative to the direction in which we are moving’. In the specific instance of British conservatism, and lacking its own principles, its ‘advocates of the Middle Way, with no goal of their own’ had ‘compromised with socialism and stolen its thunder’.

To reverse the trend of British decline, the Centre for Policy Studies would undertake a critical reappraisal of Conservative economic and social policies through comparisons with the experiences of international, and specifically European, neighbours, to survey the scope for interventionist government being replaced by social market policies – i.e. those working through ‘a free market economy operating within a humane system’.

Thus began the ideological journey of the Conservative Party away from the principles of One Nation conservatism, which Thatcher and Joseph held had left both party and country stranded on a social democratic and often socialist ‘middle ground’ that was ‘over-governed, over-spent, over-taxed, over-borrowed and over-manned’, towards a centre-right common ground, founded upon the principles of market liberalism.

Not least because of its stance on European integration, Margaret Thatcher would later dismiss One Nation conservatism as ‘No Nation Conservatism’, describing as ‘profoundly mistaken’ any attempt to move ‘further away from the basic Conservative principles which prevailed in the 1980s – small government, a property-owning democracy, tax cuts, deregulation and national sovereignty’.

However, the ambition for the Conservative Party to bring about a ‘sea-change in Britain’s political economy’ did not go uncontested by One Nation Conservatives.

First, Lord Hailsham used the BBC’s October 1976 Richard Dimbleby Lecture to warn of the existence of an ‘elective dictatorship’, in which Westminster’s powers had become ‘absolute and unlimited’. Hailsham advocate a written constitution, incorporating a Bill of Rights, to check and balance the ‘wholly unconstitutional doctrines of mandate and manifesto’ which were open to all governments, including future Thatcher administrations.

Second, in 1978 Sir Ian Gilmour published his own One Nation study of conservatism, which insisted that British conservatism, whilst upholding private property and private enterprise for both political and economic reasons, was neither an -ism, ideology or doctrine, nor a pressure group for capitalism. Conservatives had always avoided ideology because they had seen that ‘all ideologies are wrong’ and also strongly suspected that ‘the adoption of an ideology would make them a party based on class’.

Despite this determined rear-guard action, One Nation conservatism became ever more marginalised. Consequently, in the contemporary battle of rival and visions for Brexit within the Conservative Party, the challenge for the advocates of a One Nation Brexit appears a precipitously uphill task, if not ultimately futile, for two principal reasons.

First, the One Nation Caucus of Conservative MPs constitutes at best no more than around one fifth of the parliamentary party, and an aging and diminishing force.

The solitary high profile One Nation technocratic modernizer of the past 40 years, Lord Heseltine, is now 86 years of age. Kenneth Clarke, the father of the House of Commons, is 78 years, and last set out a manifesto of One Nation conservatism when challenging for the party leadership in 2001.

Heidi Allen and Sarah Wollaston, One Nation successors to Hailsham, Gilmour, Heseltine and Clarke, have departed the Conservative for the political wilderness and electoral graveyard of Change UK.

Second, One Nation conservatism is indelibly associated with the Remain campaign, and the rejection of Brexit, and therefore of no interest to the overwhelming majority of the Conservative Party membership who will be electing the new party leader, and who polling has repeatedly identified as Brexiters.

In addressing the 9 December 2018 People’s Vote rally in London, Lord Heseltine described Remainers as “the British patriots”, while simultaneously dismissing Brexiters as those “who seek to belittle us, to undermine our influence, to slam windows, close doors with unrealistic claims of freedom and the delusions of sovereignty.”

One Nation conservatism does not have a single champion among the declared Conservative Party leadership candidates. Upon publication, the declaration of One Nation values was almost immediately and opportunistically endorsed by Boris Johnson, but this was interpreted as nothing more than a politically expedient gesture to build support for his candidacy.

All declared Conservative Party leadership candidates are advocates of Brexit and proponents, to varying degrees of ideological fervour, of the developmental market model of political economy set out in Margaret Thatcher’s landmark Bruges Speech. To that degree, they stand as testament to the defeat of One Nation conservatism in the battle of ideas shaping the politics of Brexit.