Is Brexit breaking up? 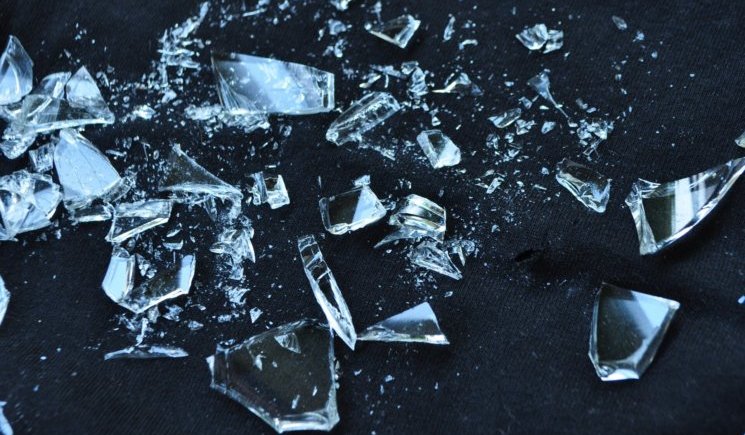 Brexit is breaking up! The Cabinet is at sixes and sevens about the so-called transitional  arrangements. Is it the Chancellor’s up to three years or a vague six /seven years tailored for each of the UK’s several industries or Liam Fox’s “Over my dead body!”?

Commentators fail to mention that any transition requires unanimity from the EU27 and its many regional parliaments. And the final deal requires assent from the European Parliament, regularly ignored by the UK press and media. A weakened prime minister presides over these uncertainties, having failed to explain why as a Remainer she has elected for a hard Brexit.

Each day brings fresh news of unwelcome consequences of Brexit: the Euratom Treaty protects the UK nuclear industry, whilst at the same time ensuring the supply of isotopes required for cancer treatment.

Leaving the EU’s Open Skies Agreement may imperil the safety of UK holidaymakers flying within Europe. It will assuredly incentivise familiar UK based airlines, like EasyJet or Ryanair, to relocate to EU27. Relocation out of Britain is the common theme of Brexit.

When I asked the Foreign Commonwealth Office minister Baroness Anelay in the Lords in July about the adverse consequences of the loss from London of the European Medicines Agency and the European Banking Authority, with all their expertise and highly-skilled employees, answer came there none. Nor did she reveal the red tape or costs of creating replacement UK agencies for these institutions or the myriad other agencies which will be required to be created as a result of our leaving.

Nor is there any answer from Her Majesty’s Government about our replacement juridical institutions for the European Court of Justice. At best we are fed the costly suggestion that EU/UK legal disputes will be sorted by a new combined court. Why on earth would our continental colleagues accept such a messy bureaucratic and expensive compromise?

Our problems in leaving the EU come not as single spies but in battalions! Or as Steve Bullock, formerly working for the UK’s Representation to the EU, states: “The roar of reality dawning….the fear that Brexit will be catastrophic!”

And here is the big question: where are the batallions of opportunities opening up for Britain as a result of our leaving? whenever I ask this uncomfortable question of Brexiteers, they simply have no answers. Nor do they reply to my follow-up quiz: name one example of where EU rules frustrated the UK action, as happened in the House of Lords when holding the Government’s business Minister to account, she being a former chief of the CBI in Scotland.

We are sometimes told that EU regulations impede British businesses. But the single market, the creation of Margaret Thatcher’s EU Commissioner, Lord Arthur Cockfield, is the biggest slasher of red tape ever devised for the World’s largest trading market, Single European Market, a British idea of which we should be crashingly proud. Twenty-eight member states opening their borders to free and fair trade. What is not to like?

Let me conclude with my own take on why we voted for Brexit. We don’t speak foreign languages as a nation. We are tongue-tied in front of our continental confreres. And of course we lazily resort to speaking only English fortissimo to deaf foreigners.

Indeed, every time from 2010 to 2015 I took my Lords’ EU Financial Affairs Committee to Brussels to meet then Financial Affairs Commissioner, Michel Barnier (now EU Chief Negotiator) I made a point of addressing him in French. He was a man I could do business with. Speaking his language was a common courtesy, establishing a fruitful working relationship.

Languages are important not just to order a beer on holiday. Our ignorance of continental people their customs, their habits and especially their markets has made us woundingly complacent. It has led to our parlous balance of trade deficits with countries like Germany or our adverse productivity levels with Italy and Romania. Linguistic ability opens the mind to alternative ideas and practices; it is the key to innovation and new products and practices beneficial to our wilting economy, which has only ever shown temporary signs of life when the pound sterling is devalued, as has been its regularly since the war.

If Brexit were to happen, the UK will fail to expand its linguistic capabilities as we become buccaneering traders on the wider world markets. Our failure to ready ourselves for the challenges of the modern world is a failure of domestic economic policy. Brexit is simply no tailored response to our own self-inflicted shortcomings.

Of course, the EU does require substantive reform. And a new generation of leaders, including Emmanuel Macron in France, are leading the charge. We should be part of that root and branch reform.

David Cameron’s flimsy suggestions of reforms were an embarrassment. Ever looser union was unlikely to send blood coursing through the veins of young people (wickedly and deliberately excluded from the Referendum vote) whose European Union is now being forged.

Instead, Cameron should have been pressing for true reform of the EU and its internal market by emphasising member states’ responsibilities for domestic economic reforms. Mario Draghi, head of the European Central Bank (ECB), has repeatedly complained that the ECB’s quantitative easing programme needed to be matched by reform in all member states in or out of the eurozone.

Brexit is breaking up. We should ensure its timely demise.

As John Donne reminded us 500 years ago. “No man is an Island, entire of itself; every man is a piece of the continent, a part of the main: if a clod be washed away by the sea, Europe is the less……”. If Brexit washes us away, the UK will be the loser too!

By The Lord Harrison, Labour peer and currently on the natural environment and rural communities act committee.