Is it really possible to extend Article 50? 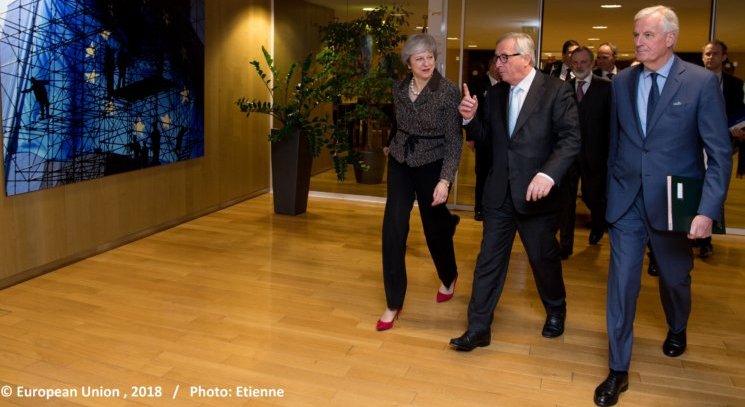 For all the noise in Westminster, whether that be calls for a further referendum or a general election, one issue is often overlooked: is it practical to do either of these things?

Essentially the issue is time. Since the Article 50 process was triggered, we have been facing a ticking clock. If all activity stopped immediately, we would automatically leave the EU on March 29 without having to take any further measures.

This is MPs’ dilemma. Most want to avoid no deal, even if they can’t agree on exactly what they’d rather do instead. But most MPs also seem unhappy with Theresa May’s deal and are unwilling, at least as things stand, to accept it.

That leaves two main alternatives on the menu: call another referendum (the People’s Vote option) or call a general election (the Labour option). The trouble is an extension of the Article 50 period is a given for either.

Let’s take each in turn. The Constitution Unit at UCL reckon it would take about 22 weeks to organise a referendum. We needed to have begun this process in mid-October to hold it before the end of the Article 50 period.

A general election can be done more quickly. A campaign has to last at least 25 working days — so five weeks — plus a week or so for administrative procedures, and a bit longer depending on bank holidays.

If an election were called on Christmas Day — just for the fun of it — the new government wouldn’t be in place until February at the earliest, giving it less than two months to sort out what has taken Theresa May two and a half long and painful years.

Realistically it wouldn’t be able to complete the negotiations with the EU on time. In all likelihood, it would want to take a different approach and renegotiate altogether.

Practically, then, there isn’t time to pursue either option, even if MPs rally behind one. That’s where an extension of the Article 50 period comes in.

The only way the Article 50 period can be changed is by unanimous agreement of the existing 27 member states. That is obviously a big stumbling block.

The practical and legal hurdle is one thing but the political hurdle is quite another. EU leaders are far from guaranteed to give the UK more time. They seem reluctant to do so “to indulge party political chaos at Westminster”, as Andrew Duff, the Lib Dem MEP, has written – a feeling that was on stark display at the European Council meeting last week.

But there are two kinds of extension. The first would be fairly straightforward. If parliament approved Theresa May’s deal and a few extra weeks were required for ratification, there seems little doubt EU leaders would agree.

The second is more complicated. It would be needed if the UK wanted to pursue either of the options outlined here.

For a further referendum, legislation would have to be passed in parliament and the government would have to bring it forward, something Theresa May has said she would never do.

Similarly Mrs May would surely be reluctant to call another election after the last one and she might even be replaced before any such vote. If either is going to happen, at the very least you need a new prime minister.

Another issue is the European Parliament elections in May. Were the UK to request an extension of several months, it would remain an EU member and be obliged to take part. If it didn’t, the government could be vulnerable to a legal challenge for infringing UK citizens’ voting rights.

The commission has cultivated a strong majority in the European parliament to pass the withdrawal agreement. There’s every chance the next one will be less obliging. There are also difficult—though not insurmountable—practical questions, in particular to do with the role of any UK MEPs.

A further complication is that the UK has already legislated, via the EU (Withdrawal) Act, to set exit day as 11pm on March 29, 2019. However, the same act allows a minister to change it. It is therefore not set in stone but would require a government minister, authorised by the prime minister, to change it.

The biggest obstacles, though, are political. It is difficult, though far from impossible, to imagine a UK prime minister having the political authority to request an Article 50 extension. Certainly, it is hard to imagine Theresa May doing so.

There would also almost certainly be a price to pay. EU leaders may allow a single extension and no more. Anything we tried to negotiate thereafter would be from a cripplingly weak position. Whatever the arguments about the dangers of no deal in the UK, EU leaders are firmly in the belief — backed up by academic research — that the UK is far much exposed than they are.

Is an extension possible? Yes, but it would create as many problems as it solves.

By Matt Bevington, policy researcher at The UK in a Changing Europe. This piece originally featured in Times Red Box.