Is July the end of May? The rules, the politics and the numbers 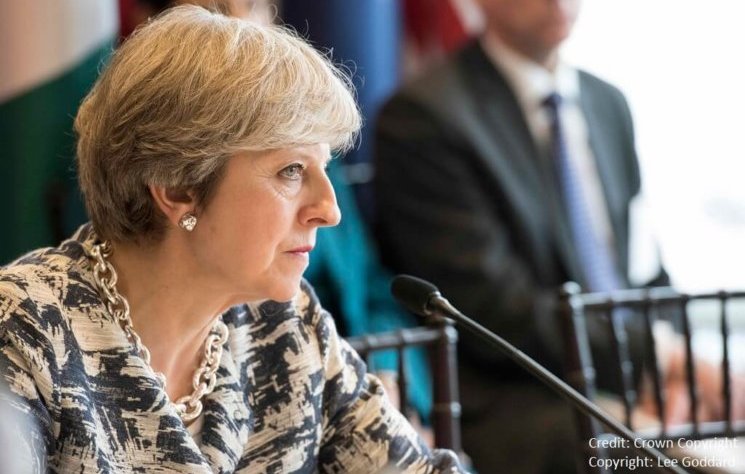 The great Anthony King spoke of how Britain was, in reality, an ‘over the shoulder’ democracy. For all the sound and fury an opposition party can generate, the true leverage and danger for any prime minister lies on the backbenches behind her.

Ever since the 1970s, as government MPs have become more rebellious, a prime minister must keep a close eye on what’s going on in the tea rooms.

This is especially the case the longer a government goes on, as the backbenches fill up with increasingly unhappy MPs who have been sacked or never offered a job – those John Major called the ‘dispossessed and the never possessed’. The more unhappy people there are behind you, the more plotting goes on.

Theresa May’s premiership has been a case in point, especially since her majority dropped from a less than comfortable 17 to a very worrying DUP-supported minority. Since November 2017 May has lost a minister once every six weeks.

Some were careless and caught out, some were ‘economical with the truth’ and some resigned on principle (one also tried and failed to quit over their lateness). You know a prime minister is losing Cabinet members regularly when someone sets up an online counter calculating the days, hours, minutes and seconds since the last one resigned.

But the drip of departures has been, so far, pretty survivable. The resignation of David Davis and then Boris Johnson has introduced a whole other level of danger. The ghost at this feast is Geoffrey Howe, who did for Thatcher with a famous speech in 1990 that triggered a fatal leadership election. Will Davis and Johnson use their positions to make a dramatic speech, whip up a storm and force May out?

What happen next is all about the rules, the politics and the numbers.

In terms of the rules, it’s no longer the case that you can stand ‘against’ a Conservative leader. In Thatcher’s day the Tories had a bizarre rule where a challenger could have a go and mount a challenge annually, and in 1990 Sir Anthony Meyer did just that. William Hague, when he wasn’t riding log flumes in self-referential baseball hats, changed all that.

Now, there are no stalking horses or outright challenges: instead, if 48 letters are sent to the 1922 committee, a vote of confidence is called that the leader must win with 50% or more (in this case 159 votes). Only if she lost would there be a leadership election. Indirectly, of course, Boris’ presence on the backbenches makes setting this in train more likely. But those are the rules.

The politics makes it more interesting still. Do Davis and Johnson have the authority and credibility of Geoffrey Howe? They both cried wolf, making dark hints at resignation for months before actually doing so.

But Davis has faced charges of laziness and incompetence, with claims he spent only four hours in meetings with Barnier this year. And Boris’ time at the Foreign Office has been a long series of insults mixed with truly dangerous mistakes, not least over Nazanin Zaghari-Ratcliffe. So the suspicion that the two are misfiring loose-cannons is already in the air.

And any Tory MP who fears Johnson is a self-seeking publicist will not be reassured by his posing for a photo with his resignation letter (even the Express went full caps in its headline, with ‘SELF-OBSESSED’ and ‘VAIN’). Rather than using their office to build their reputations, the greatness of their office, as Churchill once put it, has found them out.

So finally, the numbers. May met with her backbenchers last night and survived. So the big question is whether the unhappy Brexiter MPs have the numbers to write the 48 letters (probably) and to win a confidence vote with 159 MPs (probably not).

The danger for the Brexiter is that they call a confidence vote and the leader wins comfortably, leaving a vengeful May still in Downing Street. As Machiavelli advised, if you must strike, you must strike to kill.

Most takeover prime ministers have a torrid time. May has done everything a PM needs to do to get removed by now: made ghastly policy mistakes, lost an election and a majority (more or less), while fudging and avoid crucial decisions and being generally inept.

She’s also surrounded herself with loyal ministers, and the appointment of arch-Leaver Raab was a very wise choice. And we are, most importantly, in the final phases of Brexit (perhaps). Her warning of chaos and Corbyn seems to be cutting through to those over her shoulder. Why, Tory MPs could well ask, should we ditch her amid so deep a crisis?

If she survives until Friday, May will have been in Downing Street for two whole years. So far, May has been lucky in the incompetence of her enemies. Her premiership seems to prove that weaker prime ministers are more secure than they look.

By Ben Worthy, lecturer in Politics at Birkbeck College, University of London. You can see his blog on political leadership here and hear more on the latest Westminster Watch podcast.