Is lockdown the new Brexit? 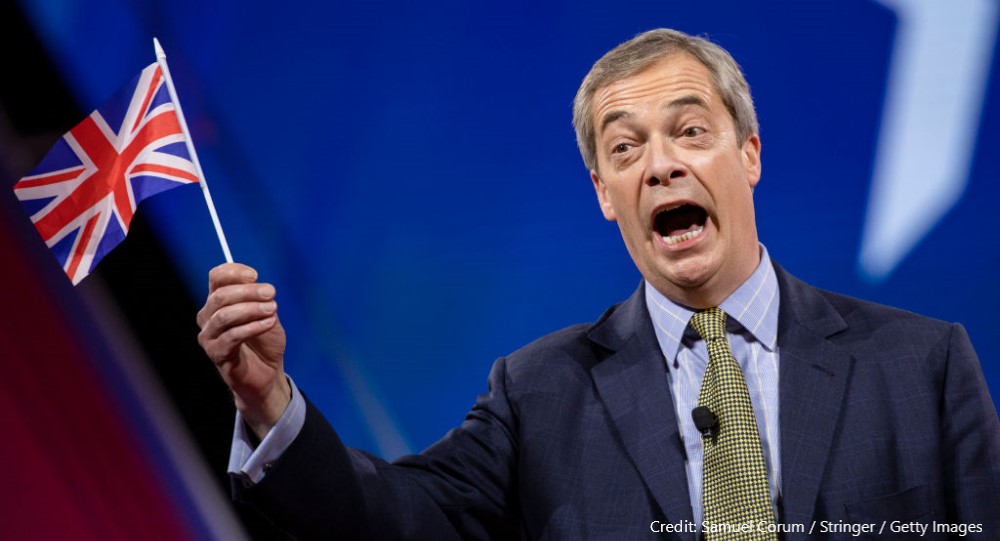 In the autumn of 1991, a meeting was held in London. Convened by a lecturer at the London School of Economics, it resulted in a commitment by a cross-party group of individuals to stand in elections to protest at the big expansion of powers of what was to be called a European Union in a new treaty under negotiation, which would be signed some months later in Maastricht.

That grouping, the Anti-Federalist League (AFL), is probably one that you’re unfamiliar with, but might have heard of it under its latter name, adopted once that treaty has entered into force: the UK Independence Party (UKIP).

UKIP is an oddity in the political rebranding game, in that it was much more successful than its predecessor, even though it was largely the same grouping with the same goal. Its success – which still took over a decade to start bearing any significant fruit – came from a number of underlying conditions.

Firstly, its tight focus on opposing European integration unequivocally gave it a distinct profile in contrast to the mainstream of party politics: none of this hedging of bets or of tone, just straight down the line simple messaging.

Secondly, that issue was one that tapped into a wide stratum of British public opinion. The long-running ambivalence towards ‘Europe’ and ‘Brussels’ across the political spectrum meant that UKIP could pick up supporters much more easily than was the case for other issues, and European elections became a simple way for voters to register that displeasure in a seemingly controlled manner.

Finally, UKIP benefited from a substantial number of backers in the media, industry and beyond. For some this was a way to articulate deeply-held views on the matter, but for others it was another route to shaping government policy.

All of this came together in the 2010s for UKIP, as it rode high in opinion polls and gave ministers the jitters about seeming ‘soft’ on the EU, eventually helping to set up the conditions for the process that led to the UK’s withdrawal from the organisation this January.

But why mention this now?

One of the earliest members of UKIP, one Nigel Farage, is just announced that he is engaging in a re-launch of his Brexit Party as Reform UK, focusing on the “woeful” response to Covid-19 and opposing any further lockdown measures.

The Brexit Party is, of course, a vehicle created by Farage to move on from UKIP in the wake of the referendum, its purpose served and any capacity to reposition itself as being of continuing relevance seemingly spent.

The Brexit Party was able to capitalise on the centrality of the troubled process of withdrawal to crystallise widespread discontent, albeit much more briefly and with an even more obvious collapse of support as the 2019 general election brought many around to the mantra of getting Brexit ‘done’: exhaustion won over purity.

This present relaunch invites us to consider whether Covid-19 is really anything like Brexit, even as the personal history of Farage himself tells us that this might be more about him than the issues.

The constellation that allowed the AFL to persist and grow into UKIP does not immediately appear to exist for Reform UK. Rather than some suspect ‘other’, Covid-19 is an impersonal disease with which collusion (especially cuddly collusion) is impossible: this can only be an argument about who has a better grasp of epidemiology and infection control and management.

Similarly, Covid-19 is still rather more transient than the UK’s relationship with the rest of Europe. The former is little more than a year old and the talk is very much of rapid moves towards vaccines or cures that will definitively solve it; even if that does not come to pass, this is still a very long way from a neuralgic relationship stretching over decades that can never be ‘solved’ in the same way.

As such, while there is clearly support in the public and some elites for a different approach to Covid-19 management that does not have the depth and resilience of the eurosceptics who chipped away for years and years at their opponents.

All of which points to some big question marks over whether Farage’s jump can work, even before we get to the question of the man himself.

As much as he is an individual of considerable political talents, honed over a long career in the profession, his identity is possibly indelibly tied up with the European issue: his very triumph in getting his landmark goal of UK withdrawal means that he is forever marked by it.

To build a decades-long profile as a fighter on one issue as the key to unlocking a brighter future for the country, and then to secure that issue, leaves one exposed to the charge that anything beyond that is opportunism, rather than principle.

You can only really get on a bandwagon right at the start if you want to claim it for yourself, quite apart from the question of whether this wagon is actually going anywhere.

By Simon Usherwood, Professor of Politics, University of Surrey.