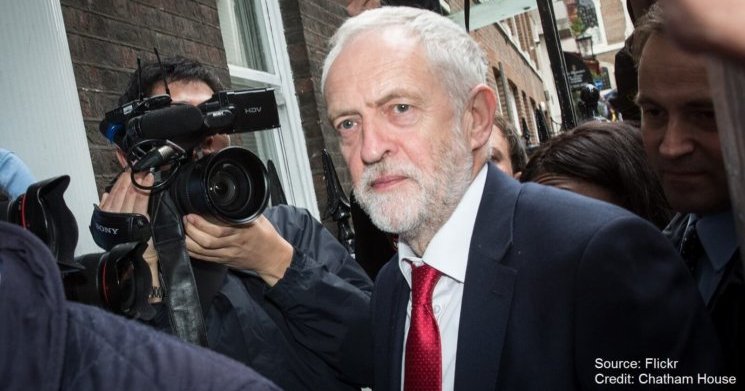 An element of realism seems to have crept into Brexit politics recently. On 26 February, Jeremy Corbyn said Labour would advocate to stay in a customs union with the EU. A few days later, Theresa May showed Brexit would mean compromises, and Britain would have less access to the single market than currently.

But has Brexit politics really changed? Since the referendum, more time has been spent discussing what Britain might want from Brexit, than negotiating with the EU about the deal Britain can get. And what Britain wants from Brexit is formed as much by domestic party politics as it ever was.

Perhaps May initially hoped, as she became Prime Minister after the referendum, that she could bestride Conservative politics, offering hard Brexit on the one hand, and interventionist one nation conservatism on the other.

After the miscalculation of the 2017 general election, she abandoned the latter and has been hoist by the promise of the former, weakened in her ability either to carry it out or to soften it without internal party combustion.

Corbyn, his instincts with the eurosceptic left of the Labour party, and worried about the leave vote in traditional Labour constituencies, initially followed May towards hard Brexit. He confirmed Labour’s play for remaining in the customs union chiefly to increase the parliamentary heat. His goal is office, not necessarily a transformation in the Brexit debate.

It is not yet clear whether May’s gathering realism will make much difference when Britain gets back to the negotiating table with the EU. EU negotiators have consistently said Britain cannot ‘cherry pick’ sectors for preferential access, nor devise a ‘bespoke’ Brexit to suit its economic interests.

If last autumn’s talks are anything to go by, both negotiations and Brexit politics will confront the realities of Brexit only in degrees. Anything else could rent the Conservative party asunder; or could lay bare the full damage Brexit could do to the economy, which might have the same effect.

The opponents of Brexit fear getting too far ahead of public opinion – subverting the ‘will of the people’ – and so undermining their cause. Conservative remainers will work with Labour MPs, but they do not want to bring down their government and risk Corbyn becoming Prime Minister.

Brexit politics are unprecedented, but Brexit also raises some unsettled ghosts. In 1957, Harold Macmillan told the 1922 Committee that the finest moments in Britain’s history ‘have not been when we have conquered, but when we have led’. It was indication of a shift from Britain as Empire towards leadership in the then European Communities.

Ten years later, Labour Prime Minister Harold Wilson told his Cabinet Britain had little choice but to join the EEC, if Britain wished to remain a power with international reach. The Commonwealth no longer wanted to be led.

A partnership with America would dwarf Britain, and compel Britain towards unpalatable political realities, perhaps forced to follow America into Vietnam. Standing aloof was possible but undesirable, swimming alone against contrary economic tides.

In 1988, Margaret Thatcher indicated her unease with the evolution of a social Europe, but only after she deepened Britain’s commitment to integration in pursuit of the single market. Conservative euroscepticism grew as the Cold War ended.

The rebels against the Maastricht Treaty believed Britain’s influence was forged on world power. Unlike France and Germany, Britain stood for liberty.

Britain had not succumbed to Nazism, had never been occupied. Its state and its parliament had developed pragmatically. Pound sterling was a symbol of global reach and of sovereignty. The eurosceptics opposed a single currency in the EU and favoured the freest markets. The EU was a regional bloc, and capital should flow, untrammelled by artificial political confines.

Support for Britain in Europe became Labour’s preserve. EU law could better protect workers, and, alongside devolution, Britain could modernise its state.

Neither party has established a post-Brexit vision of Britain in the world, but their postures now point to polarised alternatives. Is Britain to become a low regulation, low tax economy, global because it observes no boundaries in its trade and financial flows?

Is Britain to become a socialist offshore island, centrally directing investment in its state-run industries? Will Britain’s military be enhanced, its relationship with the United States reinvigorated? Or will Britain be de-nuclearised, and form new friendships with Russia, or China?

Perhaps most painful, and protracted, how will Brexit play out for Britain’s system of government? If Westminster reasserts itself against the devolved Parliament and assemblies, Britain could face constitutional crisis.

The return of customs barriers between Northern Ireland and the Republic could unpick the Good Friday Agreement. Holyrood’s support for remaining in the EU could prompt further attempts to pursue independence for Scotland. The submerged question of England’s place in the union could press more insistently.

The politics of Brexit are unlikely to find resolution, even if May does achieve what seems impossible, and negotiate a settlement with the EU that satisfies the Conservative Party, and passes through Parliament undefeated.

Throughout the twentieth century, Britain’s politics were forged in relationship to Britain’s partners and rivals in Europe. Whatever the outcome of Brexit talks, the proximity and influence of the continental countries on Britain cannot be avoided, and that is unlikely to change.