Is the DUP completely out of step with the wishes of Northern Ireland? 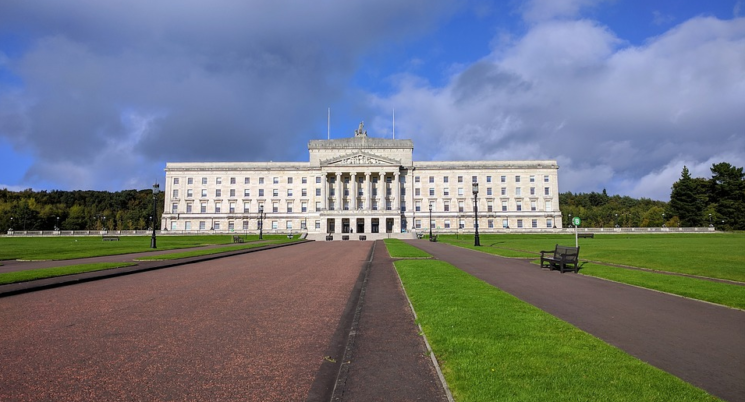 If the DUP really do hold the key to unlocking the votes that the Prime Minister needs to see the Withdrawal Agreement pass in Westminster, then they hold an incredible amount of responsibility. That responsibility is not confined to the quickly-forgotten terms of its confidence and supply arrangement with the Conservative Party, nor is it contained in the House of Commons.

It is an unavoidable fact that the DUP holds enormous responsibility for the future of Northern Ireland. In some ways, this is an extraordinary moment for a small political party to savour – but it cannot be unaware that the risks are high and looming just around the corner.

This responsibility will remain theirs no matter which way they decide to vote, or even if they don’t vote at all. So if the DUP was to reflect what Northern Ireland wants from Brexit, what would their stance be?

First, it is worth reminding ourselves that on a fundamental point, the wishes of the DUP are out of line with the majority of people in Northern Ireland, who voted to Remain by 56% in 2016. All indications are that support for Remain has risen since across Northern Ireland as a whole. That said, there are stark differences on this point among unionists and nationalists. Instead, the common ground that has majority support across all communities is to have the softest possible Brexit.

This means that, when they made their joint commitment to ‘avoid a hard border’ on the island of Ireland, the UK government and EU Council were reflecting the wishes of the vast majority of people living there. Survey after survey shows that there is no appetite for a hard Irish border. That said, neither do people wish to see increased checks and controls ‘on the Irish sea’ between Britain and Northern Ireland.

A perfect case of cakeism? Well, perhaps, except that there is a logic in people’s preferences (sometimes missing from those of politicians), in that they recognise that the most obvious means of minimising the need for border controls is to have a very soft Brexit – and the majority of voters from all mainstream parties (including the DUP) wish to see this.

What about the hurdle that has to be overcome before the final relationship is settled on: the Withdrawal Agreement and the Northern Ireland/Ireland ‘backstop’ it contains? Contrary to the impression given by the DUP, the most pressing concerns of voters about the backstop relates to its potential economic impact rather than its constitutional effects.

In fact, a sizeable majority of people in Northern Ireland would rather have bespoke arrangements for Northern Ireland, and close links to the EU, even if the rest of the UK had an arm’s length relationship with it.

The Ulster Farmers Union has also spoken of the “risk a no deal Brexit would pose for agriculture in Northern Ireland”, and implored the UK government to “allow us to continue trading with the EU-27 on the basis of open borders”.

Similarly, although trade unions differ in their views on Brexit itself, they are unanimously against any hard border. This includes the Northern Ireland Public Service Alliance, the largest trade union in Northern Ireland, and the Irish Congress of Trade Unions, which represents nearly 800,000 workers across the island of Ireland. UNISON, which represents about 40,000 workers in Northern Ireland, says that a no deal needs to be ruled out “at all costs”, and has endorsed an extension of Article 50 in order to help get a deal.

Following the publication of the UK government’s ‘no deal’ plan for the Irish border on 12 March, business leaders came out against the sketchy proposals. This time because – irony of ironies – it would mean increased friction on goods moving between Northern Ireland and Great Britain, as well as exposing Northern Ireland businesses to unfair competition.

Although people’s views on Brexit clearly fall into a much more complex pattern than ‘green versus orange’, the constitutional question is always the elephant in the room. As such, any concern expressed about prosperity and stability here can easily be presented not as economically responsible but as ideologically motivated.

And it is undeniably true that a hard Brexit would bring new pertinence to the constitutional question in Northern Ireland; polls indicate that the imposition of a hard border would increase support for a united Ireland, especially among Catholics.

The tension in Northern Ireland arises from the fact that a pull in one direction automatically gives rise to a strong reflex tug in the opposite direction. If the UK falls off the Brexit cliff edge, unionists and nationalists in Northern Ireland will land in very different ideological places, making future cooperation far more difficult.

Long-term dangers lie in the deep discrepancies between the expressed preferences of the majority of people, from all sectors and backgrounds, in Northern Ireland and the political decisions currently being made on its behalf. The DUP’s final decision on the Withdrawal Agreement will have consequences that will go beyond the topic of Brexit, beyond the life of this Parliament, and far beyond the rarefied halls of Westminster.