Is the importance of agriculture being diminished in the face of Brexit? 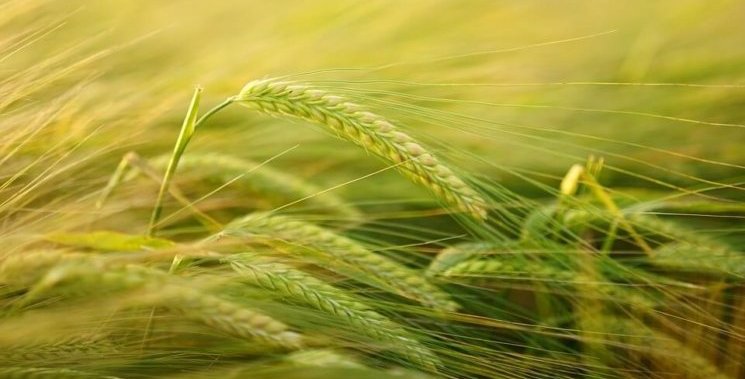 The UK Agriculture Bill, has its second reading on Wednesday which marks a radical departure from how agricultural policy has operated for more than 70 years across the UK. Specifically, support for agricultural production and farm incomes (so-called direct payments) will be phased out in favour of more targeted support for efficiency improvements and (especially) public goods.

The rationale offered for this change is essentially two-fold. First, direct payments (and their various predecessors) have insulated farming from the rigours of competition, allowing poor management practices to persist, thereby stifling the innovation and structural change needed to achieve efficient production.

Evidence for this is apparent in the heavy reliance of many parts of UK agriculture, notably extensive beef and sheep systems, upon direct payments to maintain farm incomes. That is, even with generous financial support, many farm businesses struggle.

The provision of targeted grant aid for (re)training, and for capital investments, could facilitate this process, as could reductions in input costs if support has been capitalised into them (e.g. land values).

At the same time, second, whilst the level and composition of food production may be left to market forces, the UK government recognises a range of public good benefits arising from land management but which are not rewarded through the market, and hence merit continued and indeed increased policy funding. For example, landscapes, biodiversity and climate regulation.

Michael Gove’s vision is for savings from direct payments being transferred into support for such non-market benefits (‘public money for public goods’) with payment rates potentially sufficient to maintain farming livelihoods. Assurances are also given regarding maintenance of, or improvements to, environmental and animal health standards.

All of which sounds wonderful. And yet little or no detail is offered on how such changes might be implemented, nor on the practicalities and consequences of achieving the stated ambitions. A few examples may serve to illustrate this.

Whether direct payment budgets will get recycled in their entirety is not specified. If overall expenditure is cut, the scope for offering payments for widespread public goods may be more limited than acknowledged currently. Moreover, the information and administrative costs of public good provision are higher than for direct payments, further reducing available funding.

This implies a need to prioritise and trade off public goods. Yet what counts as a public good, and how quantification and valuation should be approached, are contestable topics. Moreover, given geographical variation in land quality, climatic conditions, baseline conditions and proximity to population centres, the value of, and the potential to deliver, some public goods will not be uniform.

Separately, it is not clear how payment rates can be made sufficiently generous to underpin livelihoods when WTO rules limit them to cover costs incurred or income foregone, not the value of public goods delivered. WTO compliance will be an issue if the UK is seeking new trade deals.

Results from the ESRC-Brexit project ‘How might UK Agriculture Thrive or Survive?’ suggest that structural adjustment could be possible, but that individual farm-level consequences may be severe and that the geographical distribution of impacts will be highly uneven.

This has implications for how policy might need to vary to reflect structural differences as well as local (devolved) political preferences: agriculture is very different in different parts of the UK.

On the specifics of efficiency improvements and input cost reductions, the evidence is somewhat mixed. It is undoubtedly true that there is scope for performance gains, but these are not universal and many farms face binding biophysical constraints. Equally, whilst input costs may reduce in some cases, this will not apply everywhere: farming systems and cost structures vary markedly.

Much turns on the mobility of resources to switch between different agricultural uses or indeed out of agriculture. This is likely to vary significantly according to, for example, land quality, labour skills, access to capital and proximity to urban areas offering alternative employment opportunities.

Unless removal of direct payments is accompanied by proactive support to facilitate an orderly redeployment of resources, there may well be unwelcome social and environmental consequences.

For example, poor quality land may be abandoned, low-skilled labour may become unemployed and tenant farmers may need alternative accommodation. This suggests a need for wider rural development and social policy support, not just changes to agricultural policy.

It is also worth noting what else the UK Agriculture Bill does not cover. Reflecting the continuing stand-off between Holyrood and Westminster over the repatriation of devolved powers under the EU Withdrawal Bill, the UK Agriculture Bill does not make any explicit reference to Scotland (it does for Northern Ireland and Wales). This creates additional uncertainty for Scottish farmers.

Nor does it make any reference to whether or how domestic policy could or should be contingent on the nature of trading arrangements post-Brexit, despite access to (especially) EU markets and exposure to international competition materially affecting the prospects for market returns to farming (again a finding of the ESRC project cited above).

The last time that agricultural support was abruptly withdrawn in the UK was in the aftermath of the First World War, a policy reversal referred to as the ‘great betrayal’. This was associated with a subsequent domestic agricultural depression and significant structural adjustment, followed a decade or so later by the start of successive waves of policy interventions to stabilise farm production and incomes.

Times and political priorities change, and the relative importance of agriculture – even to the rural economy – is greatly diminished compared to a century ago. It may well be that transformational change can be achieved and short-term disruption will yield longer-term improvements. Or it may not. If the UK Agriculture Bill passes as currently configured, then we’re about to find out.