Is the party over for Britain’s two party system? 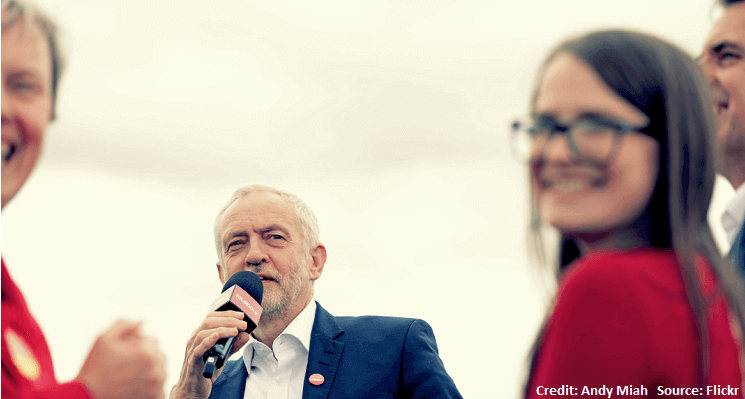 For almost a decade now, the UK party system has been experiencing something of an identity crisis. Since the late 17th century and the emergence of the Whigs and the Tories, the major feature of the British party system has been its remarkable  stability which has often been held up as an  unproblematic example of a two-party duopoly. It is such stability that is often seen as the major cornerstone of the British political system writ large.

Yet, since the 2010 general election, which failed to produce a winning majority and resulted in the coalition government, this idea of a stable two party system has been increasingly questioned amidst growing speculation that periods of minority or coalition government may have become the norm in a context of declining support for the two major parties.

Indeed, the fall-out from Brexit has only served to heighten such speculation as both the Conservatives and Labour face ongoing challenges from insurgent parties, like the Brexit Party, and from threats of internal party splits.

Perhaps no other politician embodies this current identity crisis better than Chuka Umunna, who has, since the start of 2019, represented three different parties – Labour, ChangeUK and now currently, the Liberal Democrats – as well as two stints as an independent MP. Ummuna’s decision to defect from Corbyn’s Labour party was justified on his, and that of his fellow defectors from both Labour and the Conservatives, claim that British politics was in need of change.

Yet, the real problem for Ummuna was more that the British party system is changing all too rapidly with both major parties departing with some velocity from what was previously perceived to be the ‘centre ground’.

At the heart of this rapidly changing party environment has been the accelerated retreat from what was formerly a relatively stable consensus, which found expression in the overlapping ‘modernisation’ projects of Blair’s New Labour and Cameron’s Conservatives.

In the midst of this fracturing of party consensus, with the Conservatives drifting to the right and Labour to the left, real opportunities have emerged for so-called ‘third’ parties to take advantage of falling support for the two main behemoths.

Such opportunities have also been aided by the introduction of proportional representation voting systems for all UK electoral contests that fall outside of general elections.

This has enabled impressive electoral successes for Ukip, the SNP and more recently, the newly formed Brexit Party. The latter’s remarkable success in the recent European elections was accompanied by a historically poor performance for the Conservatives – the so-called ‘natural party of government’ – and in the midst of this level of unprecedented political turmoil, it is tempting to suggest that the UK party system is no longer recognisable.

However, whilst this current period of political turmoil could be taken to reflect a wider disintegration of UK party politics, the extraordinarily rapid decline of Ummuna’s ChangeUK also throws into stark relief the difficulty of any third party to take a meaningful bite out of Britain’s centuries old two-party system.

On the plus side for Britain’s third parties is the fact that there has been a general trend of declining support for the two major parties since the 1970s: as a  period of post-war stability in UK party politics came to an abrupt end with the February 1974 general election, which saw their support decline by almost 15%.

Yet, despite this, the decline in overall electoral vote share for the two main parties has not been mirrored by a decline in their relative parliamentary or executive dominance. For example, despite there being a dramatic rise in support for other parties at the February 1974 election, especially the Liberals, the period between 1974 and 2010 saw no effective challenge to the legislative or executive dominance of the two main parties. Here, the Brexit Party might want to take note.

Instead, a system of ‘alternating predominance’, which has seen one of the two main parties retain power over a series of consecutive general elections, appears to have come into existence. It wasn’t until 2010 and the Conservative–Lib Dem coalition government that this pattern was disrupted; yet despite this disruption, we are still in the ninth year of Conservative party government, in one form or another, and there is every reason to believe they might still be in position to lead a government beyond the next general election.

So, whilst the coalition government may have caused some to declare the beginning of the end of two-party politics, this is unlikely to be the case. At the 2015 general election, the Conservatives were able to return to power with a majority government, albeit with a slender majority, with the Liberal Democrats being severely punished for their part in the previous five years of austerity politics.

And whilst Ukip had achieved the third highest number of popular votes at that election at 12.6%, the first-past-the-post system did not allow this to translate into victory in terms of parliamentary representation.

The snap election of 2017 may have led to the Conservatives losing their majority and having to enter into the ‘confidence and supply’ arrangement with the DUP, but the actual share of the votes for the two main parties dramatically increased during that election – with the Conservatives and Labour taking over 82 per cent of the popular vote and gaining nearly 90 per cent of parliamentary seats.

This result actually gave the two main parties their highest share of the vote since the 1970 general election. In contrast to this, smaller parties such as Ukip, the SNP, Greens and Liberal Democrats all saw their vote share decline.

Is the two party system likely to endure?

Thus, however politically fraught, anxious and antagonistic the Brexit era is proving to be for the two main parties, it is plausible to suggest that the two party-system could remain in relatively rude health.

Despite growing exasperation at the two main parties for their lack of unity and coherent visions for the future, the majority of voters still view the Conservatives and Labour as the only viable governing options.

Writing before Brexit, the late Peter Mair had cautioned that the British two-party system had ‘become both vulnerable and brittle, such that even a relatively small shock could lead to substantial change’; and yet, even after the substantial shockwaves of Brexit and the recent European parliamentary elections, there is still reason to believe that the two main parties are likely to remain as relevant as ever and that the two-party system will remain largely intact.

Whilst local and European elections offer the electorate a chance to vent their frustrations at the mainstream political parties, the balance of probability and the experience from history suggests that it is unlikely that we will see any significant long-term challenge to Britain’s two-party system any time soon, especially given the constraints of the first-past-the-post electoral system. And so, whilst the death of British two-party politics continues to be rumoured, we would caution that such a death might be being greatly exaggerated.