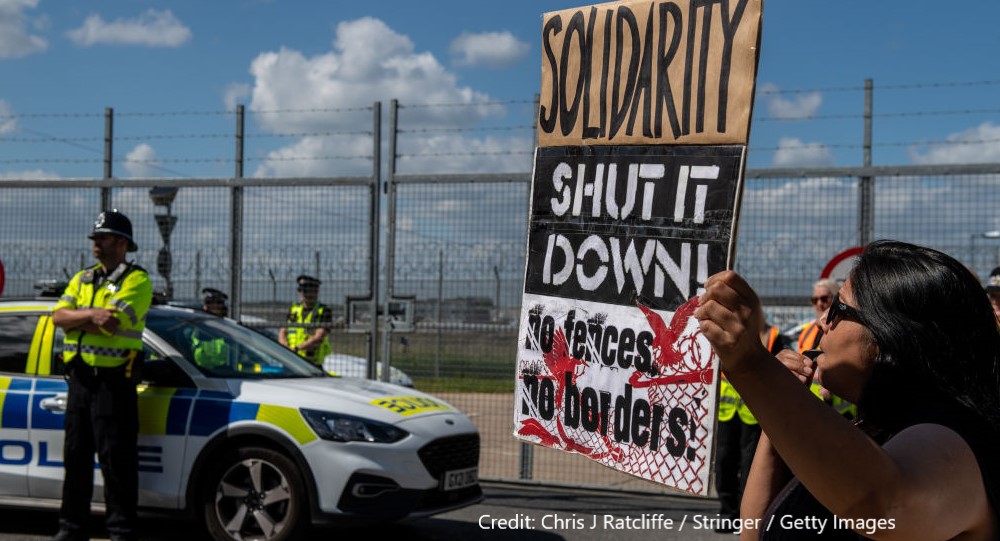 It is a little over two months since Boris Johnson went to Dover to announce the government’s ‘Rwanda policy, the plan to deport asylum seekers to Rwanda. Yet on Tuesday evening the first plane due to leave sat empty in a military aircraft testing site Boscombe Down, following a last-minute intervention from the European Court of Human Rights.

When it was being drawn up, the Prime Minister’s Deputy Chief of Staff David Canzini reportedly heralded the Rwanda plan as ‘the ideal wedge issue’ – particularly if held up in the courts by ‘liberal leftie lawyers’. It is possible that so far, despite the plane staying on the runway on Wednesday, Boris Johnson got even more than he first hoped for from the Rwanda policy.

After all, rather than any old ‘liberal leftie lawyers’, it was specifically European lawyers that stopped the plans from going ahead.

The idea of a ‘wedge issue’ is one of those pieces of political jargon – like ‘dead cats’ and ‘dog whistles’ – that speaks of politics as cynical political strategy. It is an issue – cultural or emotional – that drives a wedge through your opponents, creating uncomfortable division and a split in your opponents.

Most political commentators have looked at the Rwanda policy – first and foremost – as a piece of politics designed for exactly this purpose. A key question then is whether they are right, and the intervention of the European Court of Human Rights performs the role that the Conservative Government hopes.

And the evidence we have – drawn from the British Election Study (BES) – suggests that they may have hit on a wedge issue that works.

Here, we use a BES question that asks respondents whether they agree that ‘European courts should be able to make decisions about human rights cases in Britain’. We can use it to compare three sets of voters: those who voted Conservative in both 2017 and 2019; those who voted Labour in 2017 and 2019; and the voters that switched from backing Corbyn’s Labour Party in 2017 to Boris Johnson’s Conservative Party in 2019. 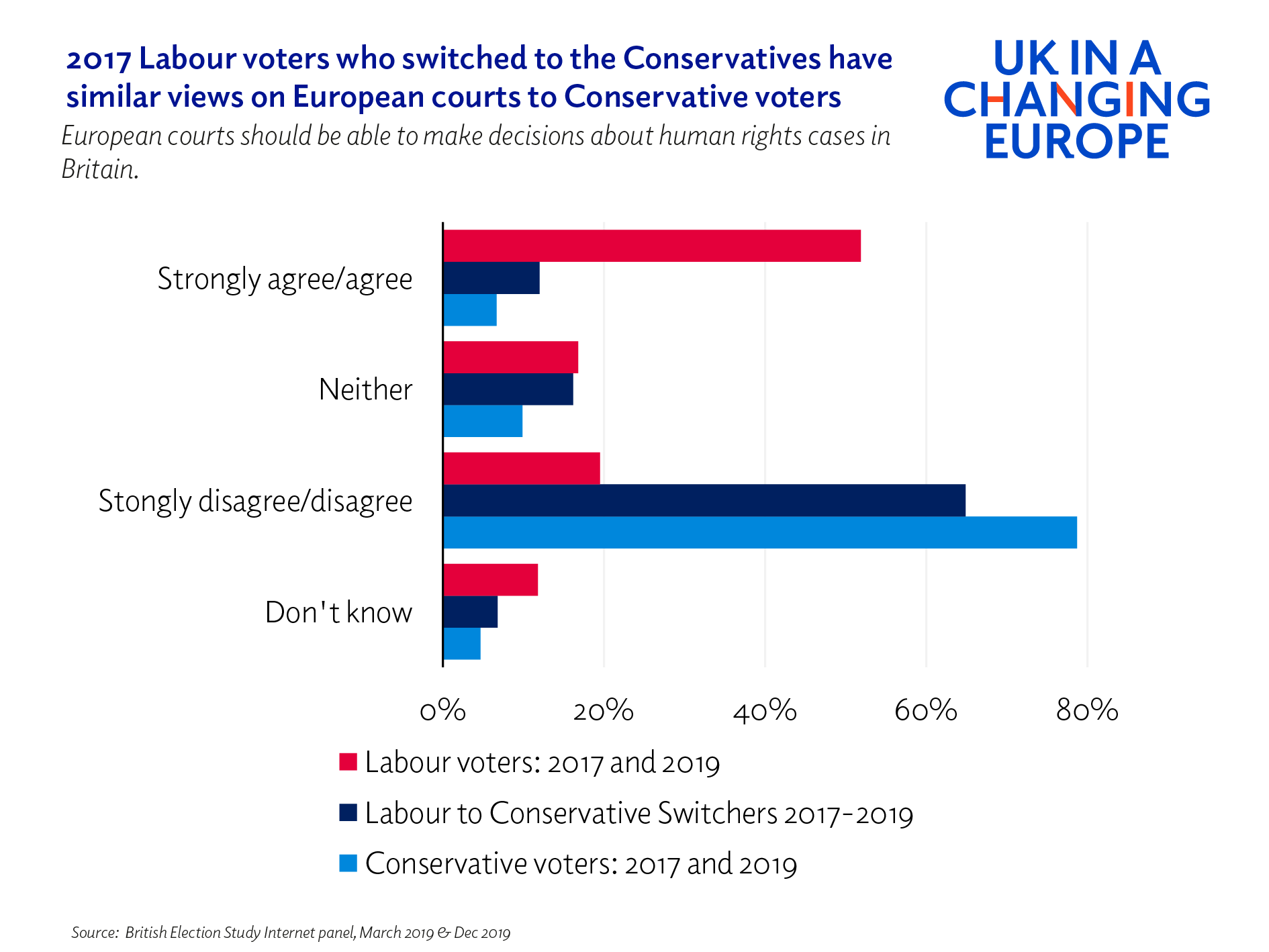 What we find is that the voters Keir Starmer wants to win back for Labour – and polling suggests has had some success in doing so – have views that are very different to the ‘loyal’ Labour vote that backed the party in 2017 and 2019. While 52 per cent of these Labour voters support the idea of European courts having a say over human rights issues, the same is true of only seven per cent of Conservative voters. And, crucially, just 12 per cent of these voters agree that European courts should have a role.

To put it another way, the voters that switched to the Conservatives in 2019 are more like the voters of the party they switched to than the voters for the one they left. We see a similar patterns on other ‘cultural’ issues such as environmental protection.

Another way of looking at the issue is through sorting voters by social and economic values. This is an issue that is strongly correlated with ‘social’ values and not with the traditional economic left-right divide, in a similar way to Brexit itself.

It is a policy which polarises voters in just the way that proved so successful for the Conservative Party in December 2019. Recently, the Prime Minister has had a Leave-voter problem, and it is easy to see why he might think he has found a solution. 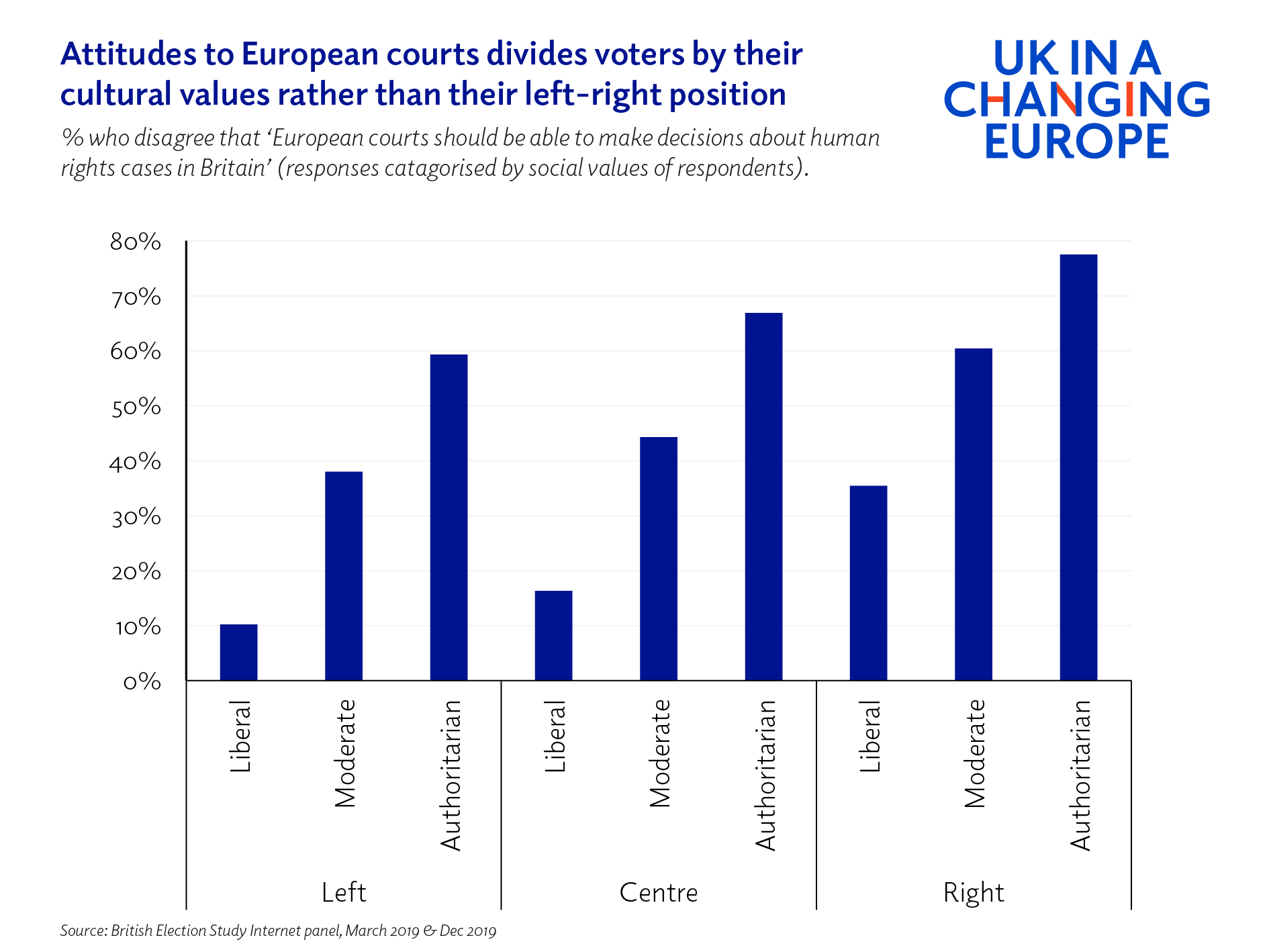 For the opposition parties, the temptation is to continue to focus on the cost-of-living crisis. Economic issues work as ‘wedge’ issues for the Conservative voting coalition, with those who switched to the Conservatives in 2019 on average more left-wing than those who voted for them at the previous election. This should be solid ground for the Labour party, who in recent polling have a clear lead on the party best to deal with the cost-of-living crisis.

But the electorate are more volatile and fragmented in the post-Brexit period. Many are ‘cross-pressured’ having positions that align them with one party on economics and another on ‘cultural’ issues. Cultural issues regaining salience poses a threat to the Labour party’s chance of success at winning back those lost voters.

For the time being Downing Street may well be pleased. For a few days spiralling prices, ambulance waiting times and partygate were less prominent in public debate. Yet, there are reasons to think that this issue may not be as salient for voters in the current economic climate.

The public mood has shifted, there are fewer voters willing to give the Prime Minister the benefit of the doubt. An expensive failure like the Rwanda policy, at a time when people are struggling to afford to get to work and family budgets are no longer adding up, is a difficult sell. And with warnings of further food price inflation, the NHS in crisis and potential fuel shortages in the Autumn, the salience of immigration in 2022 is not what it was in pre-Brexit years.