Is there faith in British identity? 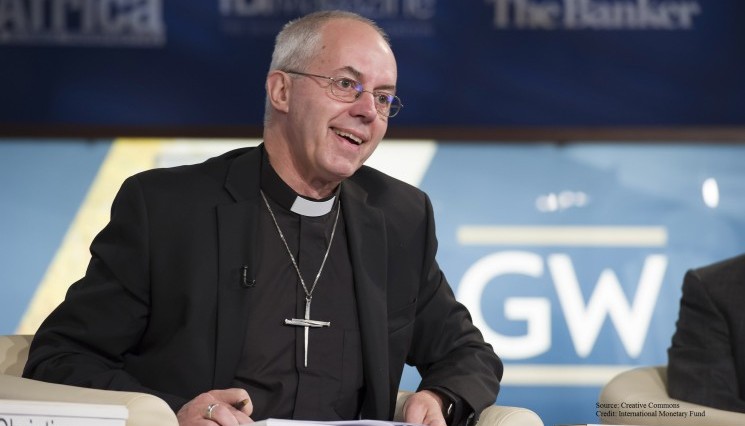 The EU referendum debate is reviving troubling questions about British identity: What is it? Who shares it? Can it survive continuing membership of an ever widening and deepening EU, that seems more concerned with bureaucratic uniformity than national diversity?

Britons don’t obsess about ‘who we are’ the way the Americans or the French do. But many feel that there must be more to being British than the slender list of four ‘British values’ now officially promoted by the government – democracy, the rule of law, individual liberty and tolerance. But the complex question of where British identity actually derives from has been eliciting pointed contributions, from both secular and religious voices. The latter appear divided over whether the faith dimension of British identity is safer in or out of the EU.

Lively exchanges on British identity have been animating several faith-based referendum conversations. They can be found, for example, on Reimagining Europe, a nonpartisan blog hosted by the Church of England and the Church of Scotland, or on Christians for Britain which is campaigning for Brexit with support across the political and theological spectrum. The question of identity is also implicit in a recent report from the religion and society think-tank Theos, entitled A Soul for the Union. By contrast, the largest Muslim organisation in the UK, the Muslim Council of Britain, has so far made no significant statement.

The most prominent religious voices to enter the referendum debate so far have been leaders of the Anglican church. This is unsurprising since the Church of England, as the established church, sees itself as being responsible for addressing a wide range of national issues, and has the capacity to do so. Its bishops did so with unusual clarity in what turned out to be a controversial intervention ahead of the 2015 general election. Other Christian denominations have also left their calling cards in the debating chamber.

The intervention that has attracted most attention has been a wide-ranging interview on Europe by the Archbishop of Canterbury, Justin Welby. In the course of the exchange Welby was brought to concede that ‘fear’ of being overwhelmed by foreigners was an understandable British reaction to the European refugee crisis. Predictably, that was what caught the headlines.

But Welby’s goal was actually to raise the level of the debate about who Britain is. He urged that the debate not be ‘all about us’, but also ‘about our vision for the world’.

His particular concern was to keep Britain’s distinguished track record of global leadership on development, trade and humanitarian work at the heart of the EU debate. For him the key question was not, ‘What is in Britain’s national interests?’ but ‘Can we fulfil our national vocation as global servant better in or out of the EU?’

Although Welby has maintained official neutrality on the referendum question, it is clear that such an outlook will tend to favour remaining in the EU. Most Anglican bishops who have gone public have come out on the stay side.

The Roman Catholic hierarchy has also sought to stay officially neutral, but it is an open secret that most British Catholics remain committed to EU membership. After all, most of the founders of the early European institutions were prominent Christian Democrats who saw the project of integration as a direct outworking of their Catholic faith. It is, however, worth noting that whatever the instincts of the hierarchy and most lay people, several Catholic politicians are active in the leave campaign.

Another influential position being voiced in these debates is that Britain’s ‘Judeo-Christian identity’ should be protected against the encroachments of a corrosive, EU-sponsored process of secularization.

Proponents of his view hold that, in spite of the EU’s official religious neutrality, its actions have the same negative effects on member states as the French state’s strict secularism (laïcité) has on French society. It works to keep religion to the margins of public life and thereby hollows out the spiritual identity of the nation.

Such proponents aren’t calling for restrictions on the freedom of non-Christians and nor do they favour any version of ‘theocracy’. They fully accept the fourth ‘British value’ – ‘mutual respect for and tolerance of those with different faiths and beliefs and for those without faith’.

But they argue that the values of respect and tolerance – and indeed the very liberal tradition in which such values are embedded – themselves depend on the continuing vitality of Britain’s Judeo-Christian legacy. Unexpectedly, perhaps, indirect support for such a reading of British identity has recently appeared in the work of mainstream political theorists such as Larry Siedentop. Needless to say, it’s a contested position.

Believers who hold that the EU threatens Britain’s Christian heritage are likely to favour leaving. Yet, interestingly, there is also an echo of this view in Justin Welby’s interview – his position is more complex than headline-writers usually perceive.

It is evident, then, that faith-based interventions on the referendum are not singing from the same hymn-sheet, and nor are they easily categorised.

It might be supposed that such divisions might weaken the collective public impact of religious voices on national conversations regarding membership of the EU. That is probably true in the short term.

Yet the longer-term impact of public religious interventions should not be assessed primarily in terms of the degree to which they make common cause on a specific political choice.

Rather, the benchmark of their significance should be whether they have successfully projected into public discourse cogent moral concerns that resonate with a wider public. It is the capacity of religious voices to inject robust normative resources into public debate that will make them politically interesting, and, perhaps, even influential.

When the dust has settled after 23 June, it may be premature to say that they have succeeded in doing so, and whether – as Adrian Wooldridge and John Micklethwait’s book title has it – God is Back in British politics. But such success might at least be a confirming British instance of the claim, made by Peter Katzenstein, that religion continues to ‘lurk underneath the veneer of European secularization’.

If such successes were sustained over time, with some perhaps being secured by non-Christian faiths, this might suggest the need for a significant renegotiation of the current uneasy settlement holding between religion and secularism in Britain.

This piece was written by Dr Jonathan Chaplin, Director of Kirby Laing Institute for Christian Ethics, Cambridge, and a member of the Cambridge University Divinity Faculty. It was co – published with the The Catholic Times. His most recent book, co-edited with Gary Wilton, is God and the EU: Faith in the European Project.