Is this really the Brexit election? 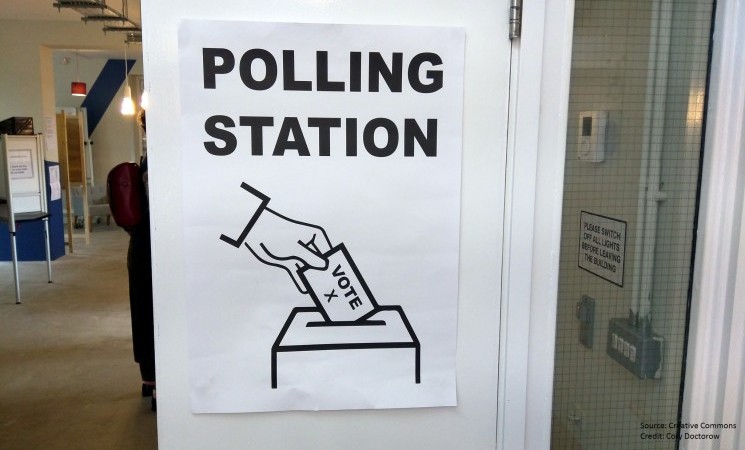 The rapidly approaching 2017 general election has already been dubbed “the Brexit election”. Many assume that Brexit will be the decisive issue in the campaign. A recent poll by IPSOS-MORI suggests that just over half of Britain’s adults view Brexit as the most important issue facing the country (with the NHS second and immigration third).

But will the issue be as important at the ballot box as people think? There’s another way of looking at this. We can compare the vote shares for Britain’s parties at the 2015 general election with the 2016 EU referendum vote in each of the 632 constituencies (we exclude Northern Ireland because it has such a different party system). By looking at this relationship, we can see whether the 2017 general election really is set to be a verdict on the current direction being taken on Brexit.

First, we will draw on the constituency level estimates of the 2016 referendum, which were helpfully provided by Chris Hanretty at the University of East Anglia.

If support for the different parties corresponds very strongly with the referendum vote, then this suggests that Britain is approaching a Brexit election. It could mean, for example, that pro-Leave voters in the nearly 70% of Labour-held seats that opted to leave the EU will abandon Labour and defect to the Conservatives or UKIP. Equally, it could mean that in pro-Remain suburban London seats like Kingston and Surbiton, or Twickenham, that the Liberal Democrats will capture Conservative seats.

But in fact the correlations between the 2015 vote shares and the 2016 vote for Brexit are surprisingly weak, with the clear exception of UKIP.

But with the exception of UKIP, these correlations are far from perfect. So, the conclusion is that UKIP did very well in eurosceptic seats; the Conservatives were helped a little in these seats but not much; the Liberal Democrats were harmed a bit; and Labour was left unaffected.

Why is this the case? There are a couple of reasons. One is confusion among voters about the stance taken by the major parties at the 2016 referendum. As we discuss in our new book on the Brexit vote, both the Conservatives and Labour were openly divided during the campaign.

The official Conservative line was that the party would stay neutral, but David Cameron and most of his cabinet, as well as 185 of his MPs, campaigned for Remain. Meanwhile, several high profile Conservatives, including Boris Johnson and Michael Gove, were strong Brexiteers. That left Conservative supporters unsure of where the party stood.

The same was true for Labour. While the party’s official position was to support Remain, there were also very prominent Labour Brexiteers, such as Gisela Stuart and Frank Field. The Labour leader Jeremy Corbyn had been an opponent of UK membership of the EU for many years and gave only a weak endorsement of EU membership during the referendum.

A second reason is that general elections always involve other issues, such as the economy, immigration and the NHS. This was not true of the referendum, which focused solely on the question of EU membership. As the general election campaign evolves, public attitudes toward key domestic issues could easily override the focus on Brexit.

This process is best illustrated in Scotland where the correlation between the SNP vote share and the Leave vote was 0.35. In other words, the SNP did well among Brexiteers north of the border even though the party strongly advocated remaining in the EU. Why? Because the debate over Scottish independence was more important to these voters than Brexit.

No room for complacency

At the moment, the Conservative party is so far ahead in the opinion polls that it looks highly likely to increase its majority on June 8. However, the expectation of a Conservative landslide could create problems for Theresa May.

The lowest turnout in all general elections since World War II occurred in 2001, at 59%. The main reason for this was the universal expectation that Tony Blair’s Labour government would be re-elected following its landslide victory in 1997. The psychology of voters was simple: why vote if the election has already been decided?

There is a clear and present danger that this will be repeated in June, particularly if election fatigue sets in after three major contests – the 2014 Scottish independence referendum, the 2015 election and the 2016 referendum.

We can take into account the effects of turnout on the correlation between party vote shares and the Brexit vote, and when this is done then the Brexit vote share had a correlation of 0.43 with the Conservative vote and -0.39 with the Labour vote. This means that if all seats had the same turnout, then Conservatives would do well out of the policy of a hard Brexit and Labour would do badly.

As it stands, variations in turnouts across the country eliminate this advantage. The upshot of this is that while Brexit may be an important factor, this election is not going to be a rerun of the referendum.

By Matthew Goodwin, senior fellow at The UK in a Changing Europe, Paul Whiteley, University of Essex; Harold D Clarke, University of Texas at Dallas. This article was originally published on The Conversation.