It is not just about hanging baskets, Brexit could have a crucial impact on horticulture 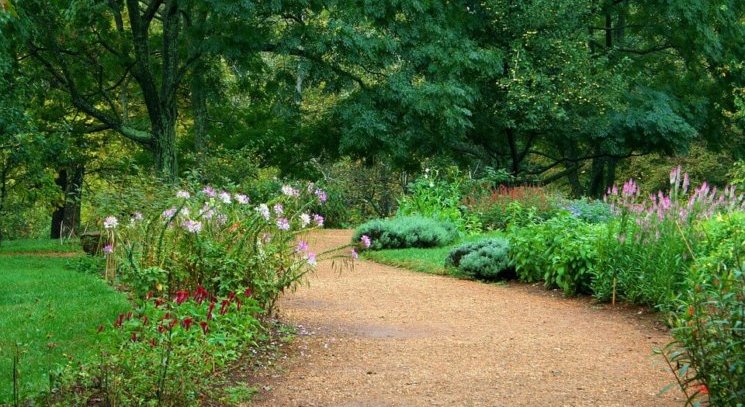 Northern Ireland has a mild, wet climate in which we can very successfully grow a wide range of horticultural products over an extended period throughout the year.  Horticulture is the science, technology, art and business of cultivating and using plants to improve human life.

It is not just about hanging baskets and ‘grow your own’ fruit and vegetables: it is concerned with growing healthy crops such a mushrooms, vegetables, potatoes, cereals and fruit, and also about creating sustainable and beautiful places in which we can relax, play and exercise both in our home environments as well as public spaces.

Horticulture in Northern Ireland contributes significantly to its economy. According to Northern Ireland’s Department of Agriculture, Environmnent and Rural Affairs (DAERA), the farm gate prices of horticultural products are £108m.

However once products are purchased, they will then be processed, which adds value and contributes a further £314m. This has been largely unrecognised by NI politicians and the civil service. Its contribution (excluding potatoes) at farm gate prices is at least four times greater than the fishing industry, which landed £20.8m in Northern Ireland in 2015.

Gross output of horticultural products is fifth in the grand scale – after beef, dairy, poultry and pigs. It is greater than eggs, sheep and potatoes. Regrettably, though, the key deliverables of DAERA for the current year largely ignore Horticulture.

The Horticulture Forum for Northern Ireland is working hard to change this perception and to alert politicians, civil servants and the public to the importance of Horticulture for all of us.

The Horticulture Forum was not invited to send a representative to the Brexit Stakeholders Group at DAERA, which maintains that horticulture is represented by the Ulster Farmers Union (UFU) and the Northern Ireland Agricultural Producers’ Association (NIAPA).

This is not satisfactory, as these organisations are more focused on the food production aspect. In the absence of a Northern Ireland Executive and with no Minister for Agriculture or Horticulture – as there is in the Republic of Ireland – it is hard to have our voice heard.

Our perspective on Brexit is clear. Many horticultural products are traded across the border with the Republic of Ireland, at present without tariffs or hindrance. These include potatoes, nursery stock, flowers and vegetables as well as milk. Products are shipped in one direction to be processed, and then brought back across the border for sale or export.

This is possible because of the high plant health standards across the island of Ireland. There is therefore great concern about a ‘hard border’, or if the UK leaves without a deal. These circumstances would decimate many small growers and farmers, the majority of farmer-growers in Northern Ireland.

The cut flower industry is developing, and one of the largest growers in Ireland is based in Northern Ireland and supplies  tulips, lilies and stocks to supermarkets in the UK and over the whole island of Ireland. Because of investment in technology, this particular grower can now supply flowers all the year round.

This is significant, since only 10% of flowers bought in the UK are locally grown; most are shipped in from Holland, Israel, Kenya and South America. Think of the air miles!  Locally grown flowers and foliage will have a better vase life because the supply chain is shorter. This demonstrates that there are great opportunities post-Brexit, particularly if we are to serve the internal market.

A great success story is that of mushrooms, largely driven by the Northway Mushroom Producer Organisation, which has an annual turnover of £53m. It is an EU-funded organisation, enabling it to draw down 4% of its turnover for investment locally.

It is in the process of building its own compost plant in Northern Ireland, thus securing supplies for local producers and keeping down costs. The organisation secures contracts and facilitates supplies to major high-end supermarkets in England without delays, so that the product is of a first-class standard.

However, the big problem for mushroom growers – as well as many other horticultural growers – is access to skilled labour. Horticulture is labour-intensive at present. There is great concern that we cannot currently access the labour to pick and plant crops this summer season, largely because the pound has been devalued against the euro.

EU workers do not find that the money they send home is as valuable, and many can now earn as much in their home nations. In addition, Poland has invested significantly in horticulture, particularly mushrooms, and workers there are well paid. There is no need to travel to the UK.

Little recognition is given to the major contribution which amenity horticulture plays in the health and well-being of the UK population. Hard figures are difficult to determine but tourism, golf and food tourism in Northern Ireland are estimated to contribute £405m.

These aspects of horticulture are supported by the Colleges of Food and Rural Enterprise (CAFRE), whose students are medal winners, holding important posts in these sectors.

One, aged 23, has recently been appointed to re-develop the walled-garden at Hillsborough Castle, the Queen’s official residence. Recent research has shown that the NHS benefits to the tune of £111m per annum because people can play, relax and exercise in green spaces, thus improving their physical and mental health. Think of the Saturday morning park runs.

Horticulture in Northern Ireland is a vibrant, successful and diverse enterprise, to be greatly valued for a huge range of reasons.  Post-Brexit there will be many challenges but there is a need to sustain and build on the present successes and opportunities.

By Barbara Erwin, Founder member of the Northern Ireland Flower and Foliage Association, of which she is Chair, and recently elected Chair of the Horticulture Forum for Northern Ireland.