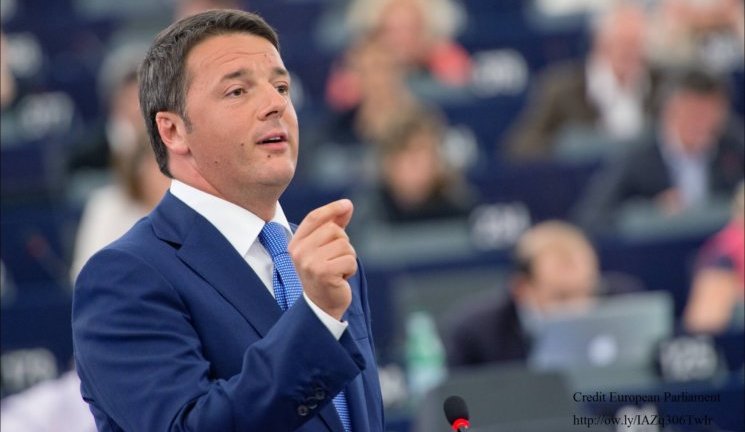 It is tempting to draw parallels between the UK’s vote to leave the EU and Sunday’s overwhelming vote in Italy to reject the constitutional changes sponsored by PM Matteo Renzi, who has now stated he will resign in two weeks. Many have hailed Italy’s referendum result as the first step towards Italy’s exit from the Euro, or even from the EU itself. But in fact, the Italian vote was different in nature from Britain’s vote to leave EU. Its consequences for Italy and the EU are also likely to be more limited. Nevertheless, Sunday’s result does not bode well for the UK’s upcoming negotiations with the EU.

Leaving the EU was never at stake in the Italian vote. The question on the ballot paper did not ask voters to make a decision about the EU; instead, it asked them to approve a set of constitutional changes which were highly controversial. Proponents argued that they would enable the government to become more effective and able to pass legislation more quickly. Opponents argued that the reforms were being pushed through without appropriate cross party consensus, that they were ineffective in solving Italy’s problems, and that they would alter constitutional checks and balances.

Of course some have argued that for many voters, the vote really was about the EU, even though this was not the question on the ballot paper. Insurgent parties such as the 5 Star Movement and the Northern League have been emboldened by the vote, and populists across the EU celebrated the result. However, the data we have does not support this explanation. Fully 54% of No voters said they voted against the reform on the basis of their substance, while only 46% that they voted to send a political message. Therefore, only around half of those who rejected the changes, meaning around 30% of voters, voted to send a political message.

It is simplistic to interpret the vote as an endorsement for the likes of the5 Star Movement and the Northern League. In fact, opponents of the reforms hailed from all across the political spectrum. In the Brexit vote, a large majority of the political elite was in favour of remaining: the Leavers were either outsiders such as Nigel Farage or mavericks such as Boris Johnson MP. In Italy, the political establishment was divided in two.

Of course, anti-establishment forces such as the Northern League and the 5 Star Movement were against the constitutional changes, and they sought to portray the vote as one against Renzi’s government, against elites and against the EU; but opponents to the reforms also included political figures which are very much part of the mainstream – former Prime Ministers Silvio Berlusconi (centre-right), Massimo D’Alema (centre-left), and Mario Monti (centre). A large part of Renzi’s own Democratic Party opposed the reforms. But more broadly, in Italy’s case experts were also divided. Opponents to the reform included prominent academics, lawyers and former members of the constitutional court.

Italy’s vote is also different from the UK’s vote to leave the EU because its broader consequences are likely to be more limited. Renzi’s resignation will not automatically trigger new elections and lead to the rise to power of the anti-Euro 5 Star Movement. The Italian president Sergio Mattarella will first start consultations for a new government in the current parliament. A new executive would most likely be underpinned by the same parliamentary majority as the one Renzi enjoyed, and continue to govern much in the same was as he did, pushing at the European level for greater fiscal leeway and demanding more EU help in dealing with migration.

Even in case of an early election, the rise to power of the 5 Star Movement remains unlikely. First, with many voters voting against the substance of the reforms, it is inappropriate to view Sunday’s result as victory for the Movement. It may well come under increasing pressure before elections as it becomes embroiled in political scandals resulting from its administration of Rome. Crucially, reform of the electoral law is likely to demand changes to make the system more proportional. Such a system would make it even more difficult for a single party to win an outright majority, and lead to the continuation of coalition governments, which the 5 Star Movement refuses to take part in.

Even if the 5 Star Movement rose to power, this would not entail Italy’s exit from the EU, or indeed from the Euro. In fact, the Movement would be unable to hold a referendum on membership of the Euro, as Italy’s constitution does not allow referenda on international treaties. It would have to change the constitution first, which would probably require another referendum. More broadly, even if a referendum was held it is by no means clear whether Italians would be willing to run the risk of leaving the single currency.

The parallels between Italy’s vote and Brexit are limited. Yet, the vote will have an indirect impact on Brexit. If a new government is set up without early elections, it may not have full negotiating legitimacy in March 2017, when Theresa May has promised to trigger Article 50. Later on, in the course of 2017 or in early 2018, Italy will have an election. Mainstream parties will fight to counter the arguments of the 5 Star Movement and the Northern League about the attractiveness of leaving the EU. If, as is likely, mainstream parties succeed at forming a government after that election, they will not be willing to make concessions to the UK. Italy’s line, which so far has been a conciliatory one, may become more and more like France’s.

Luigi Scazzieri is O’Donnell Fellow at the Centre for European Reform and Researcher with the UK in a Changing Europe.