It’s not all humbug: the toxification of British politics 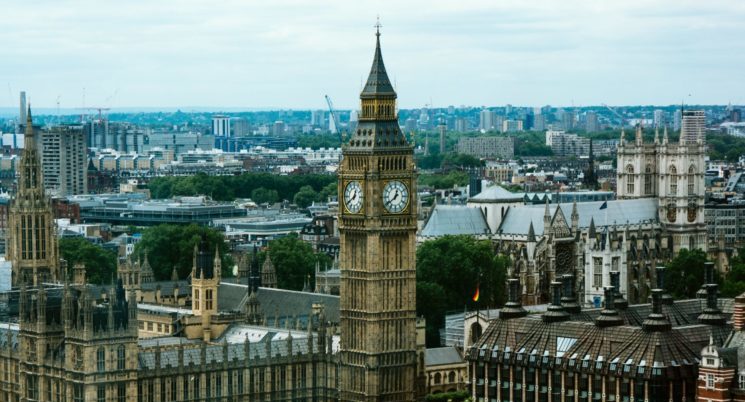 When Labour’s Paula Sheriff condemned the Prime Minister for his use of inflammatory language, quoted in the daily death threats and abuse she and colleagues received: “surrender act”, “betrayal”, “traitor”, her heartfelt plea was met with “humbug”.

The following day amidst a cacophony of calls for an apology, Boris Johnson claimed he was simply defending his use of the word surrender in relation to stopping the possibility of a no-deal Brexit through the Benn Act.

The Prime Minister was right to clarify. The toxification of British politics is not all humbug, it is a reality. And we need to take it extremely seriously.

It represents a threat to democracy: the intimidation of people in public life is designed to silence them. And guess what? It works.

When this intimidation is disproportionately targeted at under-represented groups it is even more sinister, deliberately marginalising and excluding these voices from public life.

The effect on British politics is so dangerous that recently at King’s College London Hillary Clinton called it the path to authoritarianism.

As a number of MPs standing down at this general election have made clear, a significant reason they’re leaving is the nastiness of parliamentary politics. The extent of intimidation currently faced by our elected representatives is unprecedented.

In her evidence to parliament’s human rights committee Cressida Dick, the Metropolitan Police Commissioner, stated that criminal abuse and harassment of MPs is at a record high with the number of crimes committed against MPs rising from 151 in 2017 to 342 in 2018.

Women and people from minority communities are the most affected, facing specifically misogynist and racist abuse.

Between the 1 January 2015 and 30 September 2018, Freedom of Information requests show that the police proceeded against 25 people for crimes against members of parliament and 21 of these related to threats of violence and harassment. Black women in particular receive a disproportionate share of the abuse.

As members of the Representative Audit of Britain research team, we survey all candidates who stand in British parliamentary elections.

In 2017, we found that women (37 per cent) were more likely to report being subject to inappropriate behaviour than men (30 per cent).

BBC Radio 5 Live also surveyed women MPs with one third saying such abuse had made them consider quitting the House.

The most recent research published by the Women and Equalities Committee found that two thirds of women MPs say that progress on tackling violence against women in politics impacts their willingness to stand for re-election.

If violence in person or on social media against MPs is at the extreme end of the new toxicity in Westminster, the parliamentary politics of Brexit, bringing with it practices completely at odds with family life have made the parliamentary estate far from healthy.

Parliamentary business scheduled last minute at any time of day or night requiring the presence of MPs in critical votes, the breakdown of good faith between and within parties over divisions, and a greater reliance on alcohol, all contribute to untold stress and poorer mental wellbeing.

Who would want to be an MP, and especially a woman or BAME MP?

Of the 70 MPs who’ve announced that they’ll not be re-standing, the number of women MPs (18), as the Conservative Chairman James Cleverly retweeted, are in line with their percentage in the House of Commons, around 30 per cent.

Whilst these figures are not out of the ordinary, the “Mother” of the House, Harriet Harman, pointed out that we should be concerned about which women are standing down.

They are a crop of younger, talented MPs with plenty of ministerial experience but relatively short parliamentary careers.

Most are below 60 and were brought into the party in the 2000s, some via David Cameron’s efforts to feminise the Conservatives. These women could have been prominent in politics for another decade or so.

If these MPs are not replaced with likeminded individuals, their absence will not only reduce the number of Conservative women in the House of Commons, but also the extent to which women’s issues and interests are represented in parliament.

British politics needs women MPs to make parliament descriptively representative and to ensure that the interests and priorities of women are addressed.

The retiring Labour MP Gloria De Piero has issued a call to arms for women to stand for and to change politics; Maria Miller Chair of the Women and Equalities Committee (WEC) has made women’s political representation a key focus of her committee since 2017, with two inquiries.

But parliament, parties, government and parliamentary authorities must do more to ensure that politics becomes less abusive so that these women are supported in their ambitions and flourish in their political careers.

To do this the new Speaker, Sir Lindsay Hoyle, must continue the work of his predecessor John Bercow, who was a champion of promoting gender equality in the House.

In the absence of such ongoing institutional change, there is the potential for a women-shaped democratic deficit to emerge in British parliamentary politics, one that is likely to have future electoral consequences and risks yet further decline in the legitimacy and effectiveness of our representative democracy.