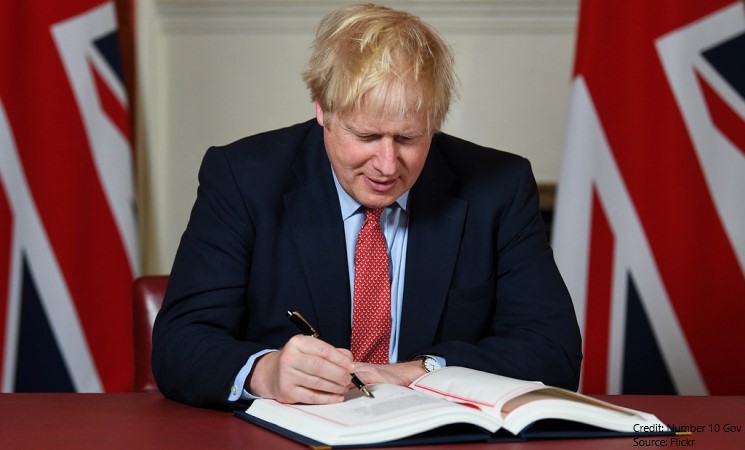 Although prominent figures on both sides have emphasised that they want the future partnership between the UK and the EU to be close and special, considerable uncertainty surrounds the next phase of the negotiations.

This is despite the greater clarity brought by the December 2019 general election.

As well as the challenge of identifying a landing zone that is acceptable to both the UK and the EU, the climate within which the negotiations take place, the continuing reluctance of the UK government to spell out the trade-offs, and, potentially, a greater spread of views among the EU27 than in the first phase, could cause difficulties.

The government’s majority gives control over the choice of future options. The Withdrawal Act lays the groundwork for regulatory autonomy, while its solution to the Irish border question allows the UK to make the trade deals with partners across the globe that were ruled out under the backstop.

But the Commons majority and the Johnson version of the withdrawal deal also carry potential difficulties. The magnitude of Boris Johnson’s victory has convinced some Brexiteers that the UK’s hand has been strengthened in the negotiations with the EU, not least because they believe the credibility of the no deal threat is even greater.

However, the government has yet to explain to the British public the trade-offs that leaving the EU entails and especially the economic impact, the likely increase in ‘red tape’, and a growth rather than a contraction of the machinery of government.

Talk of the UK and the EU negotiating as one sovereign power to another, meanwhile, fails to recognise the asymmetry of the negotiations. The government is again pinning hopes on its ability to divide and conquer in the second phase, and not afraid to go public on this view.

The Prime Minister has also ruled out the possibility of an extension to the transition period beyond December 2020, despite warnings that 11 months is too little even to reach anything more than the barest of trade agreements which would lead to maximum differentiation between Great Britain and Northern Ireland.

Downing Street does not exclude a piecemeal agreement, which leaves some issues unresolved, but allows the UK to depart the EU.

Moreover, even that sort of deal would be complex. The EU will demand assurances on fair competition as the price for agreement to zero tariffs and zero quotas on goods, potentially at odds with the government’s aim of regulatory autonomy.

The prime minister’s insistence that a free trade agreement must cover services as well will be difficult to deliver. The UK is likely to put future rights for UK citizens in the EU, which the EU said could not be discussed in the first phase, back on the agenda.

On the Brussels side, leaders have also been clear about the EU’s red lines – any rights must be balanced by obligations and a third country cannot enjoy the benefits of membership.

They have also expressed doubts that it will be possible to reach an agreement covering all the areas where the UK says it wants to negotiate before December 2020.

The short time frame will compel the EU27, who themselves have differing priorities, to agree the issues on which agreement has to be found. However, efforts on the EU side to impose sequencing are likely to be resisted by London.

There are many other potential minefields.

The negotiations will cover a range of sensitive substantive issues – fish, data protection, intellectual property, energy, transport – and procedural questions such as the role of joint committees, where the UK and the EU are unlikely to see eye-to-eye.

And the mood music will be affected by how the UK is seen to be treating EU citizens in the UK under the settled status scheme.

A no trade deal outcome is a possibility in December 2020. But unlike leaving with no Withdrawal Agreement, citizens’ rights, Ireland and the financial settlement would be settled – and the less close a relationship the Johnson government seeks, the less difference not having a deal in place would make.

The UK and the EU have also stated that they want a strong security relationship in the future.

But although co-operation on security issues and the exchange of intelligence is likely to continue, and the UK will of course remain part of Nato alongside other EU member states, it seems likely that the UK’s involvement in EU policies will be looser than currently.

The EU has indicated that it will not allow the UK access to tools in law enforcement and judicial cooperation that are restricted to member states and Schengen countries – the European Arrest Warrant, the Schengen Information System, and the European Criminal Record Information System – but that it is open to the development of alternative arrangements.

In defence, member states have still yet to agree a legal framework for third-country participation in the European Defence Fund, covering nearly 50 collaborative projects in defence research and technology, or Permanent Structured Co-operation (PESCO), which develops and deploys armed forces at the EU level.

Any UK participation would require a financial contribution.

Foreign policy is the area where change is least likely, partly because the Common Security and Defence Policy’s is itself a loose framework and does not formally constrain EU member states in policy making, and partly because co-operation often takes place outside EU structures.

Although the UK has insisted on the primacy of Nato, downplayed the role of the EU, and been a strong opponent of institutionalising EU foreign policy, it has co-operated closely with France and Germany, and supported EU actions, such as the imposition of sanctions on Russia following its annexation of the Crimea, that further UK policies.

UK co-operation with the EU or individual member states where interests coincide is likely to continue after Brexit.

Despite the stated desire on both sides for a close and special relationship, it is not at all clear what the negotiations can or will deliver.

By Hussein Kassim, senior fellow at The UK in a Changing Europe and Professor of Politics at the University of East Anglia. This piece was originally published in the Telegraph. This piece forms part of our Brexit: what next? report.