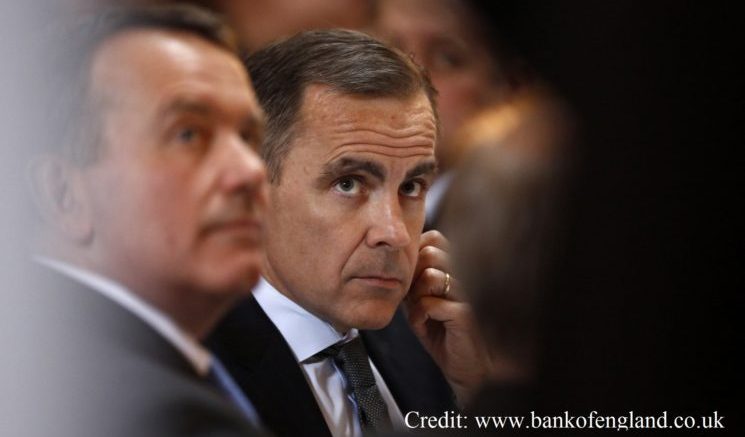 Last week it was all about hypotheticals, scenarios and speculation. Now, it’s real and it will rapidly become clear whether those who foresaw short term damage to the British economy from Brexit were correct.

The immediate reactions in the financial markets were both predictable and predicted, even if it is often a mistake to read too much into a few days of financial froth. Soon, though, the markets will settle down as they absorb the new parameters and reassess UK prospects, and that is when the true verdict on where the UK stands will start to be rendered and the impact will become clearer. Any sustained fall in share prices, for example, would hit the value of pension funds. Already, the fact that the ratings agencies are down-grading the UK is a signal. It may not have any immediate effect because the government is still able to borrow at rock-bottom interest rates and the Bank of England has plenty of bullets left in its armoury, but it is not a good start.

What will come under increasing scrutiny, however, is the underlying strength of the UK economy and its capacity to absorb whatever shocks Brexit inflicts on it. The question we need to focus on today is not whether all the ‘project fear’ warnings were justified, but which of them are now likely to occur and what the magnitude of the effects will be.

A particular concern is the growing deficit on the current account of the balance of payments, which reached 5.2% of GDP in 2015 and, in the absence of shocks during 2016, was expected to stabilise at this level. Financing this deficit requires the UK to attract funds from the rest of the world, either in the form of inward investment or borrowing from financial markets. It has been described rather misleadingly, not least by Mark Carney of the Bank of England in evidence to the House of Commons Treasury Committee, as relying on the ‘kindness of strangers’.

While some might find those who work in financial markets ‘strange’, ‘flint-hearted’ would be better than ‘kind’ as the adjective that best describes their approach to would-be borrowers. They will invest in or lend to the UK if, and only if, the anticipated returns are high enough and the risks-return equation is sufficiently favourable, not out of benevolence. As several countries found to their cost during the euro crisis, a loss of market confidence can quickly lead to problems spiralling out of control. Unless the UK is able to rein in the deficit, attracting the required financing will become increasingly challenging and this is one respect in which the downgrading from the ratings agencies could be telling.

There is bound to be concern about the immediate economic effects of the Brexit vote and even some of the more ardent Brexit supporters acknowledged that there would be disruption. One of the last analyses issued prior to the referendum by the Treasury set out two scenarios for these effects, labelled respectively as ‘shock’ and ‘severe shock’. In both cases, three channels of negative effects were identified, with the differences between the scenarios arising from the intensity of the effects. They are: the uncertainty about the terms of a new deal between the UK, the remainder of the EU (rEU) and other parts of the world; the transitional costs of shifting to a new regime for trade and investment; and the effects on jobs and growth of financial stability.

What happens to the economy of the rest of the EU also warrants attentions. Even if the optimistic scenario of rapid negotiation of new UK deals with major trading partners is realised, the rEU economy will be hit by the same sorts of short-term uncertainties that the Treasury analysis portends for the UK. The economic recovery in the Eurozone is still tentative and fragile, and even a limited shock will be damaging to what is still, after all, the largest market for British exports. The implication is that the short-term economic outcome is likely to be ‘lose-lose’ for both the UK and rEU and an associated risk, as in any economic crisis, is of triggering a vicious cycle that the authorities will find hard to contain.

The logical answer would be to clarify at the earliest opportunity how the UK’s secession will occur and (by no means the same thing) how its future economic links will be settled. This, however, is where the lack of planning for Brexit or of a favoured model for the post-Brexit terms becomes a major obstacle. A wait for a new Prime Minister to succeed David Cameron could mean several months before the formal (Article 50) process starts and will inevitably prolong the uncertainty.

During the referendum campaign, some Brexiteers argued that the UK would be better to play for time, so that it could make progress on new arrangements with other partners before engaging with the EU. This was always a rather cavalier position if only because of the strange implicit assumption that rEU would happily sit back and wait. Statements from various shell-shocked European leaders show just how implausible that line of reasoning was.

While acknowledging that there might well be short-term effects on the economy, pro-Brexit economists were also quick to argue that the uncertainty and financial stability would be short-lived. But if the formal process is not triggered in a timely manner, the uncertainty will last longer, as will its negative effects on business confidence and willingness to invest. There is a troubling incoherence in a stance of wanting to delay, while claiming that the short-term costs will not last long.

It is time to move on from the Punch and Judy analyses that characterised the referendum debate and to think through the risks now facing the British economy. They are genuine and if they are not handled well, the consequences could become alarming.