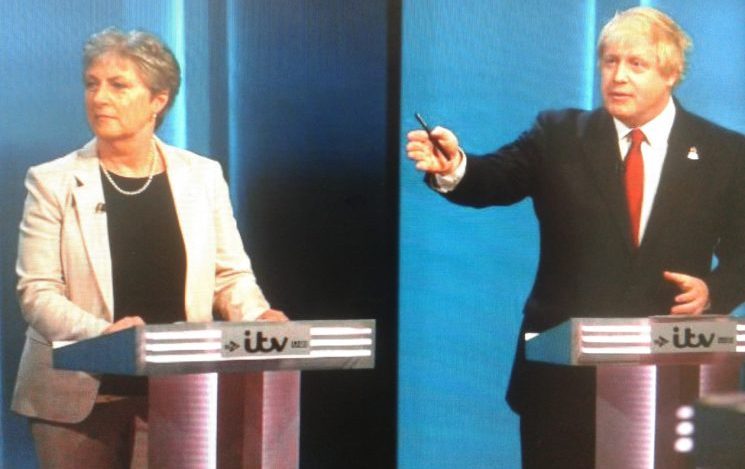 If Tuesday’s debate with David Cameron and Nigel Farage was an exercise in trial-by-audience, then Thursday’s panel format was instead tag-team combat.

Whereas Farage and Cameron had to endure individual grillings, the six-person panel spent their two hours working each other over in unrelenting fashion. The effect was not always attractive, but as a way into the issues it did cast some light.

Of particular note was the gender dimension. All but one panellist was female, and a good quarter of an hour was devoted to the best way to protect gender rights. This was the first time that women have had such a prominent role and the shift in tone and framing was evident, whether discussing immigration, sovereignty or economics.

At the same time, the key impression was that this was a panel with a lot of political experience and nouse, and none of them was prepared to let any point remain uncontested. If there was a theme, then it was that the other lot couldn’t be trusted.

Trust has been a key campaign topic for some time now and its attractions are evident. For Leave, questioning the competence (“Wrong then, wrong now”) and impartiality of ‘experts’ has been a good way to deflect the weight of opinion that has been ranged against them. For Remain, pointing to the less-than-savoury supporters of a Brexit and the changing views of Leavers – Boris was a particular target here – has the effect of undermining Leave’s challenges. However, it comes with a significant cost.

By the end of this debate, the casual viewer might have concluded that both sides had holes into their arguments and an absence of plans for the future. The more informed viewer would have noted the factual errors on both sides and the extensive use of many rhetorical devices to substitute for substance. In the broader context of declining trust – not just in the UK – this didn’t provide a remedy to the impression that politicians are more interested in pointing fingers than debating issues. The most common phrase of the night was on the lines of “they’re scaremongering”; the second was “this is the truth”. The more truths appeared, the less credible any of them looked.

As with Tuesday’s debate, no one came out of the debate looking too damaged, but equally no one produced a knock-out blow or a killer argument. Again, the format didn’t lend itself fully to exploring the issues, although the multi-person approach did mean that mutual support could be provided. However, those searching for answers will have to look some more.

By Dr Simon Usherwood, senior fellow at The UK in a Changing Europe.