Labour trails in polls despite the popularity of Corbyn’s policies 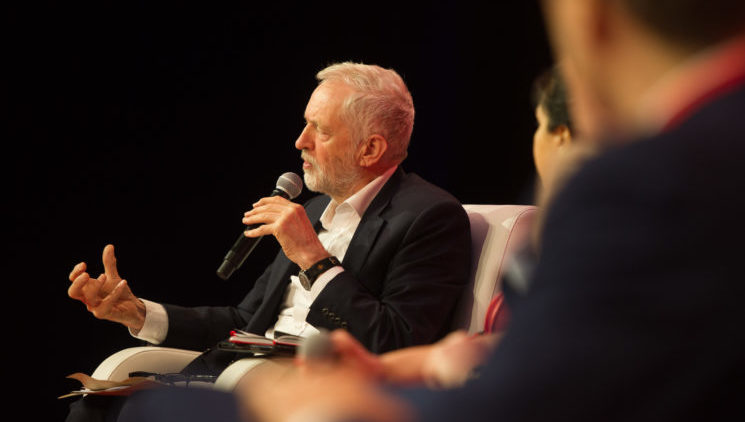 Labour has made some progress in the polls. Immediately before the election was called, the party stood on average at just 24 per cent of polling. Now the figure is 29 per cent. The trouble is, the Conservatives have advanced by just as much, and so Jeremy Corbyn still finds his party trailing Boris Johnson’s by a dozen or so points.

So far Labour has concentrated its campaign on domestic policy rather than on the issue that precipitated the election, Brexit. The party hopes to focus voters’ attention away from an issue over which it has agonised during the past two years, and thereby win back some of the many Leave voters who have defected.

So, why is Labour’s approach not working? One possibility is that its policy programme is too extreme for many voters. Yet of this there is little sign.

Consider, for example, its totemic proposals to nationalise a number of industries, including those utilities whose privatisation in the 1980s represented a high water mark of Thatcherism. YouGov has reported that 45 per cent of voters are in favour of the nationalisation of the gas and electricity companies, and only 29 per cent opposed.

Nationalising the rail network appears to be even more popular. YouGov says 56 per cent are in favour and only 22 per cent opposed. ComRes put the figures at 54 per cent and 19 per cent respectively.

Labour’s plans to change the governance of private companies seem to be relatively popular too. For example, YouGov reports that 54 per cent are in favour of putting employees in a third of the corporate board seats (only 21 per cent are opposed), while ComRes finds that 48 per cent believe that larger companies should be forced to hand over 10 per cent of their shares to workers, a proposition to which only 19 per cent are opposed.

Much critical commentary was stimulated by a motion passed by Labour’s conference in the autumn that called for the integration of public schools into the state sector. That has been watered down in the party manifesto to the possible elimination of the tax advantages that they enjoy by being able to claim charitable status. According to ComRes, removing that status is supported by 46 per cent and opposed by 17 per cent.

Why then is the party struggling in the polls? The answer appears to lie in perceptions of its competence, a problem fuelled in part by doubts over Mr Corbyn’s ability to be an effective prime minister.

Nowhere is this more apparent than on the issue of the health service. When Opinium asked voters which party they trusted most on health, Labour (on 29 per cent) enjoyed only a narrow lead over the Conservatives (23 per cent).

Labour’s principal task in the next three weeks is not to convince voters of the merits of its policy ideas. Rather, it has to persuade them that it is actually capable of implementing them.

By Sir John Curtice, senior fellow at The UK in a Changing Europe and professor of politics at Strathclyde University. This piece originally featured in The Times.