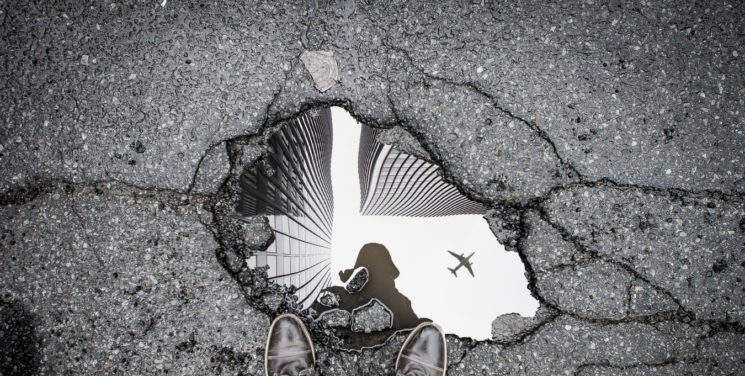 To date Tory campaign messages have been notable for their radicalism. In promising to “get Brexit done”, the party has committed itself to implementing the most important change of British public policy since 1945. At the same time, Boris Johnson’s arguments for public spending mark a notable departure from the stance of the Cameron and May regimes.

Yet — apart from the novel practice of publishing on a Sunday — there was an air of caution to the Conservative manifesto. The pledges that emerged over the weekend were a combination of the more typical Tory fare of no increases in taxes and a promise to mend potholes. It was as though the party reckoned voters needed reassuring that the path ahead would not be a bumpy one.

Indeed, the polls give the party little encouragement to adopt anything other than a “steady as she goes” approach. Six published over the weekend on average put the party 13 points ahead of Labour, similar to the previous weekend.

The first Scottish poll of the campaign confirmed that the six-point or so increase in Conservative support since the beginning of the election evident in the Britain wide-polls has been replicated north of the border. The party’s chances of holding its Scottish gains now look better.

The principal reason why Tory support has increased during the campaign (albeit so has Labour’s vote) has, of course, been a relentless squeeze on the Brexit Party vote.

Just three weeks ago, as many as 12 per cent of those who voted for the Conservatives in 2017 said they would vote for the Brexit Party. That has fallen to 4 per cent. As many as 70 per cent of all those who voted Leave in the EU referendum say they are backing the Tories — up from 55 per cent before the election was called. But herein, perhaps, is also a reason for caution.

One of the reasons why the Brexit Party has fallen away so sharply — from 12 per cent before the election was called to 3 per cent now — is the party’s decision not to contest seats being defended by the Conservatives. Most of those who would otherwise have voted Brexit Party in these seats now say that they will back Boris Johnson’s party.

Polls are taking account of this by introducing one of two changes. Either they require respondents to choose from among the candidates standing in their constituency or they are reallocating voters to whoever they say they would vote for if their preferred party did not stand locally.

However, apart from the relatively small number of seats where the Conservatives are being challenged by the SNP or the Liberal Democrats, any increase in Conservative support in Conservative-held constituencies will not win any more seats.

Consequently, it may be that the Tory position in the polls is better regarded as more like a 10-point lead. True, such a lead would still be expected to secure a majority of about 50 seats, a figure to which detailed analysis of YouGov’s polling to date also pointed at the weekend. But it does not leave Mr Johnson with much of a cushion.

A crucial question now is how far the Brexit Party vote will fall. At 3 per cent — and by implication 6 per cent in the half of the country where the party is standing — the scope for it to do so is beginning to reach its limit.

As a result, further increases in the Conservative share may be more difficult to come by. It would then rest on whether Labour can improve the six-point increase it has registered so far — a rise that has matched the Conservative performance.

In theory, Jeremy Corbyn still has a substantial Liberal Democrat pro-Remain vote (15 per cent) that he could squeeze. Mr Johnson has to hope he fails.

By Sir John Curtice, senior fellow at The UK in a Changing Europe and professor of politics at Strathclyde University. This piece originally featured in The Times.