Johnson must keep in line with ‘global Britain’ 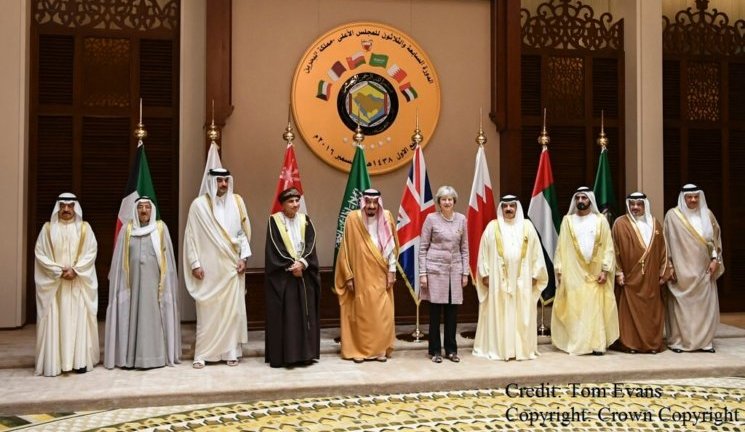 The reporting on Boris Johnson’s “Saudi slapdown” overshadowed a significant week demonstrating a tension that will be at the heart of the UK’s post-Brexit foreign policy.

Last Friday the foreign secretary delivered the government’s most detailed foreign policy speech since the EU referendum to an audience at Chatham House. However, it was remarks made the previous day in Rome that have gained greater attention.

Since the summer, “global Britain” has been a slogan repeated by government ministers to reassure themselves and third countries that the UK will not retreat into isolationism as it leaves the EU. On the contrary, the UK will become more internationally engaged.

For many commentators this has been hyperbole posing as foreign policy. The foreign secretary’s Chatham House speech sought to counter this criticism by giving what was a well-delivered address peppered with literary references (and an odd digression to discuss elephants).

The thrust of Mr Johnson’s speech was to put flesh on the global Britain slogan, outlining a desire to be a leading agitator for free trade, have active involvement in maintaining global stability, peace and order and also to put considerable stress on projection of “our values”.

Tension between these three ambitions is clearly demonstrated in the UK’s relationship with Saudi Arabia, to which Mr Johnson’s remarks at the Med2 conference on December 1 drew attention.

Putting global Britain into practice, both the prime minister and the chancellor of the exchequer were away on separate overseas trips this week, demonstrating that reinstating the UK’s place in the world is a major government undertaking.

Theresa May headed for the Gulf states while the chancellor’s overseas trip looked organised to maximise air miles in taking him to South Africa then on to Japan and South Korea.

The linkage between these three destinations is that UK business currently has privileged access to South Africa and South Korea via trade agreements between these countries and the EU.

An ambitious EU-Japan agreement is currently being negotiated. Swift replacement of the EU deals by post-Brexit UK bilateral deals is a key British objective.

The prime minister has demonstrated that she wants a foreign policy that exudes confidence about the UK’s place in the world while demonstrating tangible benefits to third countries from Brexit.

Mrs May’s trip to the Gulf states was perfectly programmed to deliver on these objectives.

Her speech aboard HMS Ocean, a helicopter carrier moored in Bahrain, both in symbolism and content demonstrated the connection for the UK in providing security to facilitate the flow of international trade.

Mrs May also used the visit to announce a new set of joint measures with the Gulf that are intended to tackle security issues, including terrorism with the Gulf Co-operation Council alongside deepening trade ties with its member states.

Mrs May also had the opportunity to pursue two firsts: being the first British prime minister to attend a Gulf Co-operation Council summit and the first female leader to attend such a meeting.

In remarks to the BBC, May also made clear that she would raise human rights issues in the talks with leaders, including the kings of Saudi Arabia and Bahrain.

Similarly, the chancellor’s trip demonstrated that the UK has multiple strands to its global Britain objective. It also acted as a reminder of what a safe pair of hands the UK had in its previous foreign secretary — and who would never have been caught off message.

During his visit to Japan — one of the most vocal countries on the implications of Brexit for its companies — Mr Hammond met chief executives including that of Softbank, the recent purchaser of ARM Holdings, the largest ever Asian-backed investment in Britain.

The agenda for the trip to Japan does, however, demonstrate that the terms and conditions of Brexit will be the most pressing concern for most of the UK’s diplomatic partners.

These simultaneous trips — dates on what will be an ever-extending Brexit reassurance tour — shows how foreign policy is of central importance to Theresa May’s government in making a success of Brexit by demonstrating that there is a clear vision for Britain’s place outside the EU.

It also illustrates why the measured and carefully chosen words of the prime minister’s spokeswoman, in response to the recording of the foreign secretary’s musings in Rome on the proxy wars being conducted by Saudi Arabia and Iran, were an intentionally brutal public rebuke for Mr Johnson.

Creating unnecessary difficulties in a bilateral relationship with a key long-standing ally like Saudi Arabia is not just unwelcome but it is also hostile in its intent to an emerging preference for the UK’s free trade and security ambitions to trump a global Britain values agenda.

Mr Johnson’s future trips will be closely scrutinised for any departure from the prime minister’s vision for foreign policy.