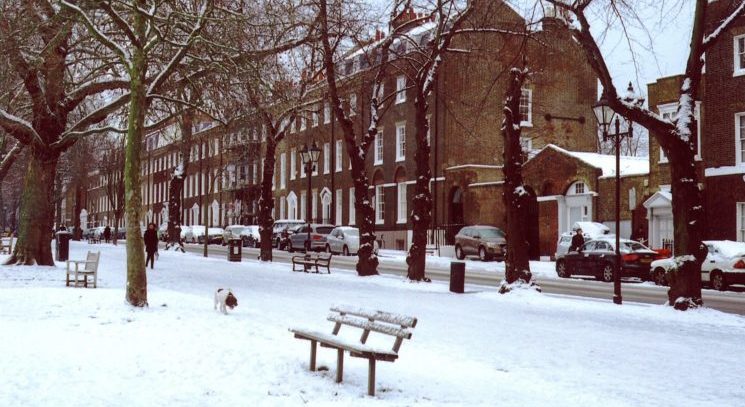 It is finally here. After months of speculation and uncertainty, Boris Johnson has now been given the election he has been asking for since September.

The country will head to the polls for the first election in December since the arrival of universal suffrage, and for the fourth nation-wide ballot in a little over four years.

The outcome is far from certain.

Johnson’s key aim is quite simple – obtain a Conservative majority government so he can press ahead with his Brexit deal.

Despite a healthy poll lead over Labour going into the campaign – in excess of 10 per cent in the polling aggregation model created by Jack Bailey – this move still represents a big gamble on Johnson’s part.

Beginning so far ahead of the Labour Party is certainly a welcome position to be in, but remember that Theresa May opened her 2017 election campaign around 20 points ahead of Jeremy Corbyn’s party, before then going on to surrender her own slim majority.

Arguably, though, this is a gamble which Johnson had little choice but to take after a suffering series of damaging defeats in the House of Commons.

Thus far, Johnson has been little more than Prime Minister in name only: unable to pass legislation, or to command anything approaching a majority in the Commons, he was forced by parliament to ask the EU for an extension to the 31 October deadline just a few weeks after stating that he’d rather ‘be dead in a ditch’ than have to make such a request.

Looking ahead at his prospects, there are three things which potentially stand in the way of Johnson’s bid to turn his now 10-point polling lead into a Commons majority come December.

It’s fair to say that the last snap election called by the Conservatives (in 2017) ended in disaster, as Jeremy Corbyn’s Labour Party came within two and a half points of completely overturning a polling lead twice that currently enjoyed by Johnson.

A dismal Conservative election campaign (highlights including the announcement of the so-called ‘Dementia tax’ and Theresa May’s no show for the debates) was contrasted with an energetic and enthusiastic Labour Party effort.

As election day drew near the polls narrowed and narrowed, and while the Conservatives won the largest number of votes and seats, it was the opposition who came away feeling victorious on 9 June.

Could Corbyn and Labour repeat the feat this time around?

The party’s election campaign launch at Battersea Arts Centre on 31 October signalled a push to divert the discussion away from Brexit and towards policy battlegrounds where Labour arguably has an edge: the NHS, attacking austerity, and so on.

The hope will be that they can persuade at least some voters that the Conservatives have little on policy areas beyond Brexit which is either credible or palatable.

Another factor which may could indeed be provide the biggest headache for the Conservatives this time around is the impact of ‘smaller’ parties.

Even if Labour do not manage to significantly eat into the current polling deficit as they did in 2017, if forces conspire to deliver strong results for the Brexit, Liberal Democrat, and Scottish National parties, Johnson’s chances of achieving a majority will be in tatters.

For starters, the SNP will have their eyes on taking each and every one of the Conservatives’ 11 seats in Scotland. Their current polling suggests they would be well on course to deliver on such optimism.

According to reports, Jo Swinson’s party are targeting an astonishing 100 seats in December, informed by highly encouraging private polling.

Many which they are likely to win will be old heartland seats in the south, lost to the Conservatives in the party’s 2015 electoral decimation.

If even 20 or so of such seats fell back into Liberal Democrat hands, this added to the potential SNP march north of the border would put Johnson’s plans for a majority very much in peril.

Further, the Brexit Party are looking like they’ll be a real nuisance for Johnson’s Conservatives

The Brexit Party have consistently derided Johnson’s deal with the EU, claiming that it does not deliver upon the result of the 2016 referendum.

Speaking at the party’s campaign launch on 1 November, Farage offered the Conservatives an ultimatum: enter into a formal electoral pact, or face Brexit Party candidates in ‘every single seat in England and Wales’.

Another related topic to keep an eye on is the impact of decisions of the Green Party to withdraw again from Conservative-held constituencies, or target battleground contests.

In 2017, the Greens’ decision to move aside most definitely helped Labour and the Liberal Democrats win in a handful of seas.

If such a pattern repeats – and we have already seen evidence that it will from Wales and the marginal Yorkshire seat of Calder Valley – it could have an notable impact on the final result.

There is of course a final joker in the election pack for Johnson – the first past the post electoral system.

Even if he were able to supress each of the above potentially damaging dynamics, there is a very possible chance that his party’s polling lead is distributing itself poorly (in electoral terms) across the country.

Johnson’s Conservatives could be stacking up votes in seats they already hold – improving majorities (or, if the average Tory vote share falls from 2017, protecting majorities) rather than potential seat gains.

Or indeed they may be picking up around 10 per cent of Ukip voters from 2015 in seats which have little chance winning from a standing start – helping their overall vote share result on election day, but doing little for their seat tallies.

As we move closer to election day, data from constituency-level polling, and subsequent statistical analyses, will hopefully shed light on where Johnson (and any polling majority he holds) really stands, and in which direction the election result is likely to go.

By Patrick English, Associate Lecturer at the Exeter Q-Step Centre.