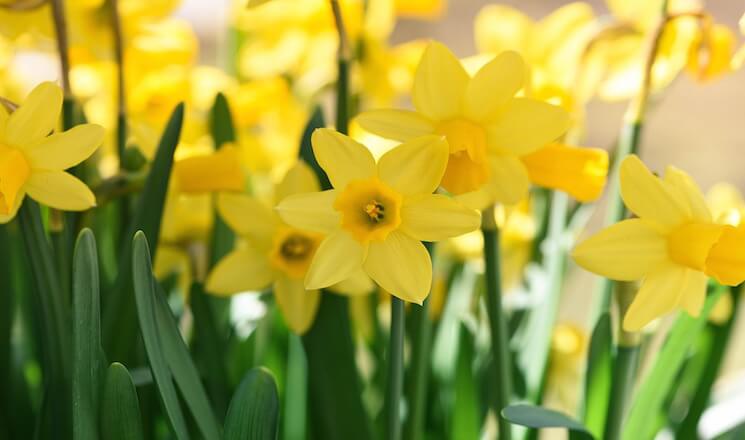 This evening, friends of Wales will gather for the annual St David’s Day reception in Brussels.  This event, hosted by the Welsh Finance Secretary, gathers together representatives from a host of European, national and regional institutions and organisations.  Over the years, this annual reception has provided, for some, an occasion to celebrate the homeland from afar.  For others, it has offered the opportunity to learn more about the culture, politics and economy of this small but confident, pro-European nation.

However, much water has passed under the bridge since the daffodil pins were proudly fastened onto Welsh lapels in Brussels last year.

Indeed, despite the dominant pro-EU narrative from the Welsh political classes, despite Wales’ international profiling as a European nation, and despite the millions of pounds received annually in EU funds, those attending this evening’s event cannot escape the inescapable.

The outcome of the EU Referendum in Wales was met with a certain incredulity in some quarters: the turkeys had voted for Christmas; Wales had shot itself in the foot.  Of course, in others, the result was welcomed; not least by the majority of those who cast their vote in Wales and who, on 24 June 2016, woke up on the ‘winning side’ of the EU Referendum.

For the Welsh Government, it has been a long and, at times, arduous eight month journey from 24 June to today.  Admittedly their position was an unenviable one: having to square their preference for the UK’s continued membership of the EU with the reality of the Leave vote in Wales.

After some high profile trips and stumbles, these discordant aims eventually found reconciliation in the White Paper of 23 January 2017.  In this paper, the Welsh Government, in partnership with Plaid Cymru, presented their plan for a Welsh Brexit: ‘Securing Wales’ Future: Transition from the European Union to a new relationship with Europe’.  This plan addressed both the UK’s future relationship with the EU, as well attending to the internal functioning of the UK post-Brexit, as a union of four nations.

This distinctly Welsh vision of Brexit stands in clear contrast to the Brexit proposed by the Prime Minister in her Lancaster House speech and the UK Government’s subsequent White Paper.

It calls for Wales’ continued involvement in a number of EU programmes, including Horizon 2020 (for science and research), ERASMUS+ (education and training), Creative Europe (supporting cultural and creative sectors) and the Wales-Ireland Programme.  In addition to this, it calls for the UK to continue as a partner in the European Investment Bank.

Furthermore, the White Paper highlights the value of social and environmental standards provided by EU membership; although these sometimes act only as a safety net, where the current UK standard is set higher.  This assertion from Wales comes whilst the Prime Minister is suggesting that the UK could change its economic model if it doesn’t get its desired level of access to the Single Market; creating more favourable conditions for business, which could potentially include the retrenchment of employment rights and environmental protections.

The First Minister Carwyn Jones and Plaid Cymru leader Leanne Wood assert that theirs is a Brexit plan that respects the majority Leave vote in Wales, but does not interpret this as a vote to undermine Welsh jobs, or to jeopardise Welsh exports or foreign direct investment.

The result is that this distinctly Welsh Brexit is distinctly pro-European, with explicit signals from the Welsh Government that Wales is seeking to maintain the mantle of a European nation.

Of course, as an actor within the institutional architecture of the EU, Wales’ days are numbered.  Wales has no legal capacity to secure an independent relationship with the EU, and with the UK’s withdrawal from the EU, it will lose its dedicated representatives in the European Parliament, the Committee of the Regions and the European Economic and Social Committee.

Beyond this, however, Wales’ future in Europe is still to play for.

Certainly, post-Brexit, the EU will be less relevant in policy terms.  However, the European stage will not be irrelevant entirely and it is likely that there will be some level of Welsh presence in Brussels.  Wales does have its own outpost in Brussels, Wales House.  This is home to representatives from the Welsh Government and the National Assembly, as well as the Welsh Local Government Association and Welsh Higher Educations Brussels.

The level and focus of continued representation post-Brexit will depend in no small measure on the final UK-EU relationship; and, beyond that, the post-Brexit international strategies of Welsh actors, particularly the Welsh Government.  Such strategies may include a re-focused engagement in some of the multiple European networks operating across and beyond the EU, and the pursuit of partnership relationships with other European regions, both inside and outside the EU.

But let us not get carried away.  The outcome of the EU Referendum in Wales highlighted a nation divided.  However Wales choses to craft its future in Europe and however strong a vision of this future is presented by the Welsh Government, it will be pursuing this agenda against the backdrop of Wales’ vote to Leave the EU.  This is surely a bitter pill for Wales’ European friends to swallow.  Indeed, as we wish each other a ‘Dydd Gŵyl Dewi Hapus’ this year, there are bridges to build.  Both at home and away.

Rachel Minto is a Research Associate at the Wales Governance Centre, based at Cardiff University.