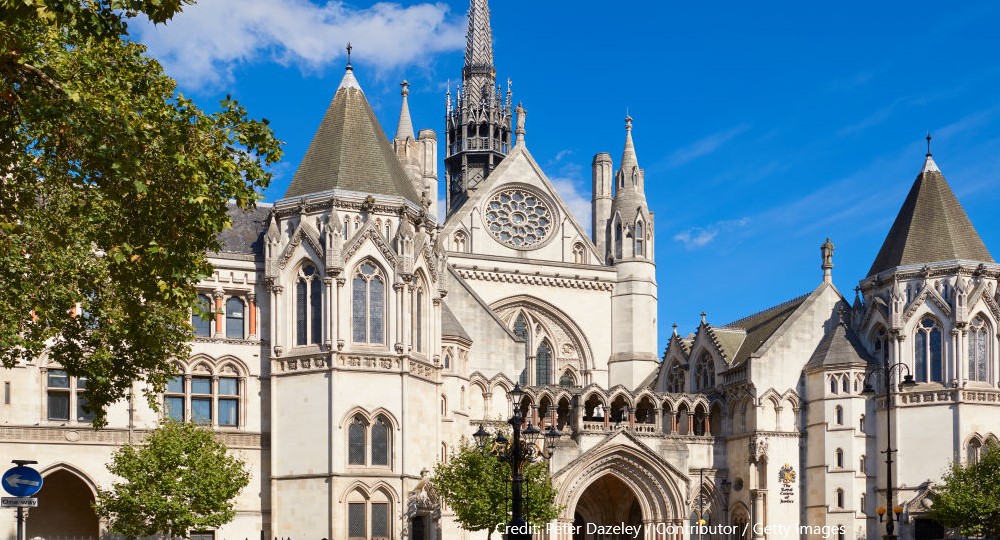 Barristers from trendy chambers are, apparently, working as part of a ‘pious left wing cabal’ to stymie the Government’s attempts to send illegal immigrants to Rwanda. The Daily Mail can hardly contain its fury. And, of course, it has form when it comes to lawyers in general, and judges in particular – remember ‘enemies of the people’?

It is easy to dismiss the excesses of the redtops as a desperate attempt to engender a culture war. There is, however, no getting away from the fact that the balance between politics and the courts has become an object of concern – and one explicitly raised in the recent Queen’s speech.

And there remain legitimate questions as to where that balance should lie. Do we really want to live in a system without a strong judiciary, in which a parliamentary majority of one MP allows the Government to do whatever it liked? Or, equally, do we want to live in a system in which our Government is massively constrained by the courts? Clearly, for most of us, the sweet spot lies somewhere in between. But placing it precisely is no easy task.

And it is no hypothetical question in the wake of the UK’s departure from the European Union. Structurally, Brexit altered our legal system quite profoundly. Absent EU law (or, more accurately, in a situation where pre-Brexit EU law can be overturned by a vote in Parliament), rights can no longer be enshrined at European level, beyond the reach of a simple parliamentary majority.

Meanwhile politically, it was not merely EU membership that was challenged by the clarion call of ‘taking back control’. So, too, as the Daily Mail reminded us, was a system in which experts, technocrats and yes, lawyers, were seen to run things, and to run things contrary to the ‘will of the people.’ We should hardly be surprised that the current Government seems anxious to revisit the relationship between politics and the law.

Simplistic claims about the excesses of judicial power are easily unpicked. Public lawyer Mark Elliott does just this in a recent blog. In it, he contrasts two ‘constitutional visions’. The first, unrelentingly one-dimensional (his words), emphasizes the primacy of parliamentary sovereignty with, as he puts it, pretty much everything else being at the mercy of Parliament. This is the world of parliament doing whatever it wants.

Professor Elliott contrasts this world with another, in which parliamentary sovereignty forms part of a network of interlocking and mutually reinforcing constitutional principles and branches of government. These institutions, particularly the Government and the Courts, hold each other in creative tension – part of the alchemy of the British constitution. The Government should clearly not, according to this argument, trump all other institutions but is held in check, not least by the courts.

But held in check how? And by whom? And to what extent? Here, defenders of an expansive role for the courts often seem – albeit implicitly – to make a number of assumptions. First, that judges are uniquely wise. Second, that they are remarkably disinterested: they apply the letter of the law unmoved by personal preferences or tastes. We should, it is hinted, be reassured when judges rule (even when they overrule politicians) because – whisper it softly – their decisions will generally be better ones.

There are, to put it mildly, good grounds to question some of these (admittedly caricatured) assumptions. Judges, like all of us, approach any issue armed with their priors – or depending on what they happen to have for breakfast that day. Where they come from, and who they are, matters.

And they are not neatly representative of the British people. Far from it. Only 4% of High Court judges are non-white (the 2011 census put the figure in the population as a whole at 11%); 71% are Oxbridge educated, 65% attended an independent school. In 2019 the Sutton Trust called senior judges ‘the most socially exclusive group of all the professions’ that they examined.

Now, it’s worth saying there is no crisis in public confidence looming. Judges are still among the most trusted professionals – 82% trust them to tell the truth. Nevertheless, in a world where identity politics matters ever more, the composition of the judiciary, its ability to look and sound something like the people on behalf of whom it rules, is something worth reflecting on.

The faith we have in the ability of judges to reflect our values, or at least to not impose their own when ruling, will partly determine our response to the second key question we need to address. Should there be constraints on the power of our elected representatives, and if so, where should these lie?

Lawyers have never done a particularly good job making the case for legal limits to political powers in areas such as environmental standards, workers’ rights, or human rights. It’s a failure that stems partly from hubris, partly from laziness.

Hubris because, while the UK was a member of the EU, and while ‘friendly’ politicians were in charge, it was taken for granted that the role of judges was assured and that this meant placing some things beyond the reach of parliament. Indeed, many constraints were introduced by stealth – via, for instance, membership of the Council of Europe. Consequently, they were neither particularly well explained nor publicly debated.

As for laziness, it is remarkable in retrospect how few people bothered to argue the case. There was simply no need to explain why majoritarian politics should face limits, why politicians should be constrained, and where those constraints should lie and why.

Now, of course, we live in a different world. And the past is coming back to haunt us. Failure to argue the case for the role of the courts facilitated the accusation – whether fair or not – that they were engaging in ‘politics by other means’. Enemies of the people they are clearly not, but it is time for a proper debate about the role of the judges, and about why, and how far, we should trust them to constrain our political leaders.

By Anand Menon, Director, UK in a Changing Europe.