Just when I thought we were done… 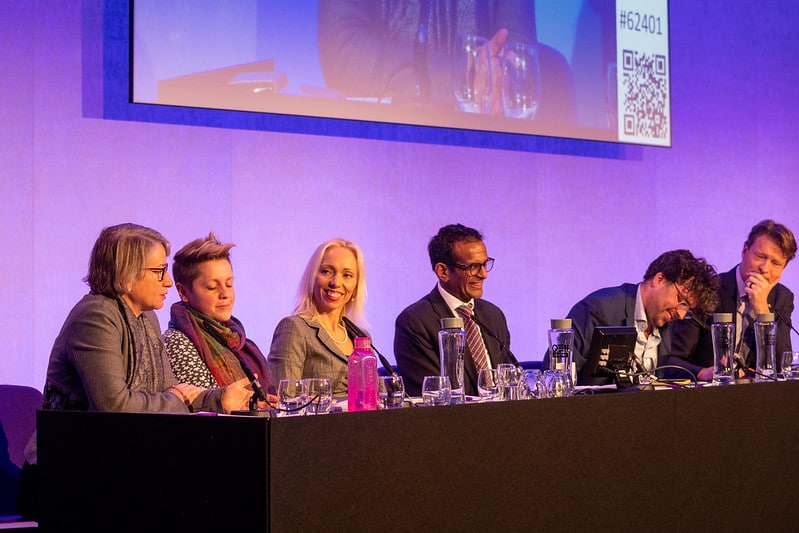 In 2015, UK in a Changing Europe was established. Its objective was to promote ‘rigorous, high-quality and independent research into the complex and ever-changing relationship between the UK and the European Union (EU)’.

‘Complex and ever-changing’ turned out to be an understatement. First, the referendum, but even more so the twists and turns of the negotiations over the terms of the UK’s departure from the EU, and the accompanying domestic political drama, have provided ample research material for social scientists, from political scientists and economists to lawyers and anthropologists.

From public events to inform voters or briefings with the campaigns during the referendum, to countless private seminars for politicians, civil servants, business groups and many more in that remarkable period which followed the 2016 referendum, we have promoted and disseminated that research.

And not just for the sake of it, but also to convince an often (and often rightly) sceptical world outside academia that academics can contribute meaningfully to public and political debates, and provide essential insights for those interested in following or contributing to them.

Seven years on, we can declare mission partially accomplished. Journalists, politicians, civil servants, businesses and members of the public who might never have thought of looking to academia for information on current events now do so routinely. We have, in other words, proof of concept that communicating insights based on the best research well is an effective way of helping people understand the issues and get to grips with the often-difficult choices they’re confronted with.

Now, we move into a new phase, with renewed funding and an expanded team and agenda. Brexit, of course, is far from ‘done’. The UK-EU relationship remains fraught to the point where the futures of both the Withdrawal Agreement and the Trade and Cooperation Agreement remain unclear. The direct and indirect impacts of the decision to leave the European Union – both opportunities and challenges – are beginning to feed into, and be seen in, the UK’s legal, economic, political, and constitutional systems.  Concretely, for example, we’ve seen big changes at the UK’s borders for trade and travel, and a massive reorientation of immigration flows away from Europe and towards the rest of the world. These are not just matters of political controversy or academic interest, but affect all of us, directly and indirectly.

So, it’s not as if there isn’t plenty of work still to be done on Brexit itself. But there’s more. Many, if not most, of the big issues confronting the country are about ‘Britain beyond Brexit’. The focus of the Johnson administration on ‘levelling up’ – on which we will be releasing some fascinating data later this month – is directly related to the divides, political and economic, revealed by Brexit. Brexit has completely reframed the debate over Scottish independence (the topic of our conference in Glasgow in November). And would UK foreign policy have been quite as activist absent the desire to underline that Brexit didn’t mean national withdrawal but a new form of engagement with the world?

And so we aim to do more. But the reason isn’t simply substantive. From the outset, the point of UK in a Changing Europe was both to explain Brexit and to underline the utility of the research that allowed us to explain it. Many non-academics simply did not appreciate the insights offered by the best social science – not least because those insights were often very well hidden beneath layers of impenetrable jargon or behind academic paywalls. And so our job was to change this, to present the latest research in a timely fashion and in a way that was accessible to everyone.

But there is more to be done. Going forward, we will bring our expertise to bear on a wider range of issues. We will focus on three broad themes. First, our hardy perennial – UK-EU relations, supplemented by more attention to the development of the EU itself.

Second, the UK after Brexit, defined broadly to include not only the development of British politics, and the UK economy, but also its legal and constitutional systems – in all their magnificent complexity – and UK society.

And finally, we will pay far more attention to the UK’s place in the world. And the agenda here is a rich one, involving an assessment of the changing international context within which the UK operates, the sources of UK international influence, the nature of UK foreign policy and its relations with other states and international organisations.

In short, our substantive agenda is growing. As it does so, we will draw on the work of a larger network of scholars, bringing their work to the attention of audiences who might otherwise not have benefited from it, and helping them engage directly with non-academic audiences. We will deploy our engaging blend of blogs, reports, events, videos and podcasts and, in pursuing our new agenda, remain faithful to our key objective of providing the latest research findings in a timely, impartial and accessible way.

We have already made a start. As the post-Johnson Conservative leadership contest got underway, we partnered with Full Fact to publish a report on the challenges confronting a new prime minister. Looking forward, we will provide ongoing assessments of those challenges and of responses to them. Look out for a website overhaul ready for the new year involving, inter alia, enhanced functionality for those interested in using it as an archival resource. There is plenty more to come. So stay tuned!