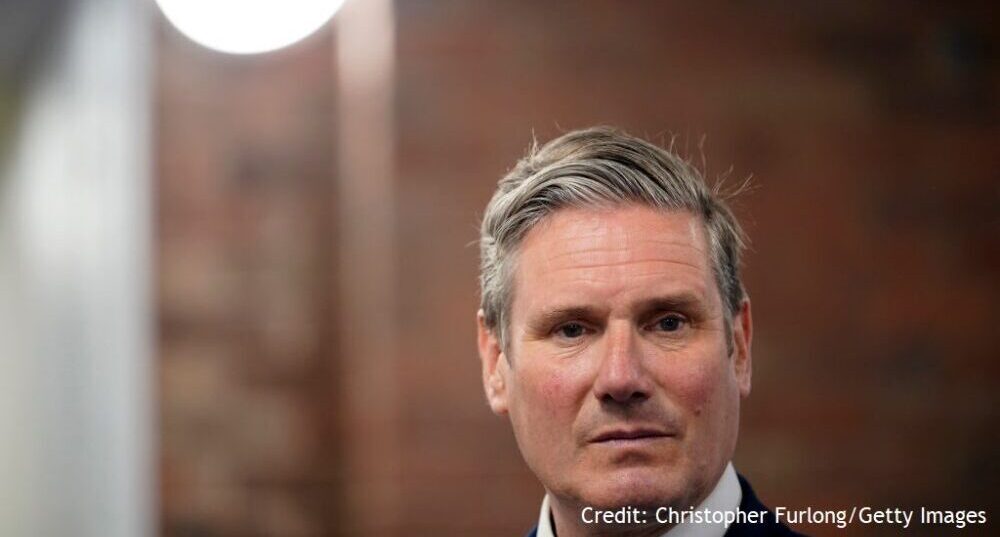 Just over a year previously, on 11 September 2019, as Shadow Brexit Secretary, he addressed the conference at a dramatic point in Boris Johnson’s Brexit negotiations: the previous day, Parliament had been prorogued, having defeated Johnson on six major votes relating to Brexit. As Starmer said at the time, a general election was clearly ‘on the horizon’.

Starmer was instrumental in determining Labour’s Brexit policy in the general election held in December 2019, when the party promised to renegotiate a ‘sensible’, Labour deal and put it to the people in a referendum. By contrast, Johnson hung his campaign on the pledge to ‘Get Brexit Done’.

Starmer’s speech to the TUC this week included a lengthy indictment of what he called “the total incompetence of this government”, not least on scaling up Britain’s testing regime, and on track and trace.

Starmer’s strategy for some time has been to target Conservative failures while presenting Labour under his leadership as a responsible partner in government.

Hence his promise on Tuesday to work with the government on a targeted replacement to the Jobs Retention Scheme (the furlough scheme), which is due to end in October.

Starmer now frames Brexit as a contributory factor in the government’s failure to deliver on key parts of the infrastructure needed to control the coronavirus pandemic – an obsession diverting vital resources from the task at hand.

He also depicts it as yet another arena in which the Johnson administration’s incompetence is becoming evident; on Tuesday, he declared: “my message to the PM is simple: get your priorities right; get on with defeating this virus, and get the Brexit deal you promised”.

After the loss of last year’s general election, Labour has abandoned the idea of re-opening the question of Brexit.

Johnson’s pledge to get Brexit done and move on seemingly appealed to hard-core Brexiters and to many others who felt that the referendum result should be implemented – or who were simply tired of the whole issue. As such, Starmer’s mention of Brexit in his speech on Tuesday was brief.

Instead, Starmer used the speech to develop a deeper indictment of the Conservative approach since 2010.

For some time, critics of Starmer from the left have suggested that rather than focusing on appearing statesmanlike and pointing out Tory mistakes, he needs to develop more of an alternative vision for the future. Starmer is clearly beginning to do so, though cautiously.

In a speech to the TUC, it was natural for Starmer to praise the trade union movement, but his warm words suggest a deepening recognition on the left of just how much the Thatcherite assault on trade union power in the 1980s has created a difficult environment for the Labour Party.

The weakness of the trade union movement makes it harder for Labour to win elections, and harder to achieve some of the shifts in society and economy – such as a decrease in inequality – that the party wants to see.

Starmer also has austerity in his sights, arguing, in a strong echo of Corbynism, that austerity “was always a political choice”, and represented “a bulldozer to the foundations of society”.

And Starmer suggested that the coronavirus pandemic has, more broadly, demonstrated that our current social, political and economic arrangements are not working, arguing that:

“after all the sacrifice and the loss, we can’t go back to business as usual or defend the status quo. We can’t go back to a society where over half of care workers earn less than the living wage; a society where we pay tribute to the generation that saved us during the Second World War, but now we can’t protect them in our care homes; or a country where we don’t invest in our public services for a decade, but now expect our frontline workers to protect us.”

There are suggestions here of the contours of what Starmer’s positive alternative for Britain encompasses: a rebalancing of power away from capital and towards workers; a positive role for the state in guaranteeing high-quality, resilient public services and security for individuals and for society as a whole; a new focus on the social care system, which has for so long proved a problem for governments.

In pointing to the need to give the war generation dignity in old age, Starmer invokes the idea of a social contract stretching over the generations.

But in talking about the Second World War he also signals his willingness to celebrate the war as one of Britain’s finest national moments.

In doing so, he is subtly distancing himself from the Labour left which, fairly or unfairly, has often been painted in the right-wing press as insufficiently proud of the war.

However, it is clear that Starmer still sees attack mode as the safest place for Labour. This surely stems from an appreciation of the danger of setting out one’s stall too early during a period of opposition.

Starmer is offering more of an indication of Labour’s positive vision under his leadership, but when it comes to policy he goes into detail only when it comes to the pressing issue of the furlough scheme.

Caution is still evident in his approach, even as the contours of ‘Starmerism’ slowly emerge.

By Florence Sutcliffe-Braithwaite, associate professor in the history department at UCL, and co-editor of Renewal: A Journal of Social Democracy.