Labour and Brexit: between a pie and a pint, and a quinoa salad 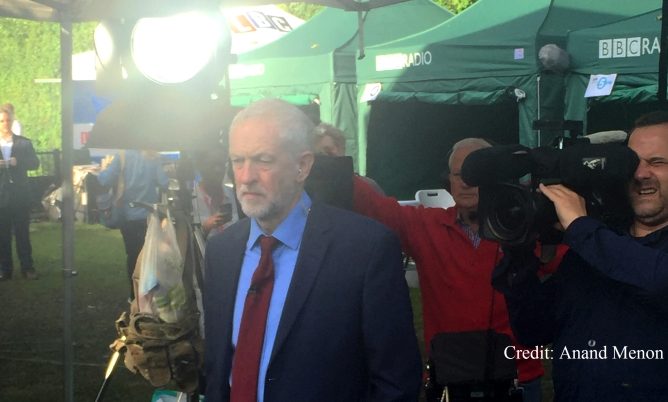 Whilst the Conservative Party has used Brexit as an opportunity to elevate disunity into something of an art form, Labour have not been immune to divisions on the topic either – perhaps not surprising considering that Brexit is arguably the most divisive issue in generations.

Corbyn’s ‘constructive ambiguity‘ has so far managed to prevent disagreement becoming a screaming row. However, as the Article 50 deadline comes hurtling over the horizon such dedicated non-decision-making tactics will become increasingly difficult to maintain.

The Labour Party is in the enviable position of not actually having to deliver on the Brexit referendum result as the party of government, which in part explains the relatively muted internal debate. However, as time starts to run out on the UK’s membership of the EU, key players in the party have started pushing for a firmer stance.

The party’s official position on Brexit, as outlined in the 2017 election manifesto, is that it “accepts the referendum result” and will “seek to unite the country around a Brexit deal that works for every community in Britain”.

This position is being challenged by an increasing surge in support for a referendum on the final deal, most notably supported by the party’s most powerful elected politician, London mayor Sadiq Khan. In addition, numerous motions supporting a ‘people’s referendum’ were submitted for debate at the Labour Party conference.

The Corbyn leadership is faced with the task of managing three quite different camps with very different views on Brexit specifically and the EU more generally. One such camp is the traditional left wing of the Labour Party, currently represented most prominently by Jeremy Corbyn himself.

Corbyn has a long history of opposing the UK’s membership of the EU and its predecessors, having frequently voted against expanded integration. The strand of the Labour left that Corbyn is an example of has long viewed European integration as primarily for the benefit of free market economics and thus a barrier to the implementation of many left-wing policies.

This particular form of left-wing euroscepticism is not necessarily opposed in principle to the UK’s participation in some form of European co-operation. However, its proponents clearly have significant hesitations about the current state and direction of the EU, and to some extent also about the prospects of reforming the EU to make it more to their liking. This does still leave that camp open to support some kind of remain stance – even if they appear decidedly lukewarm about it at the moment.

The second camp is exemplified by the significant number of motions submitted to the 2018 Labour Party conference supporting a referendum on the Brexit deal. It appears likely that these motions represent quite a range of political views, which see a Brexit deal referendum as a means to either stop Brexit completely, or reject what is perceived as a “A Conservative Brexit [that] will weaken workers’ rights deregulate the economy [and] slash corporate taxes”, as the 2017 manifesto states.

These motions are likely driven by party members and activists who are comfortable with the globalised worldview that the EU is a part of – i.e. the relatively young, quinoa-eating, student protest-supporting, demo-attending, Glastonbury-going people that some voters perceive the Labour Party as being dominated by now. This camp is unlikely to be appeased by anything other than the conference expressing some level of support for a new referendum on the terms of Brexit.

The final camp is the Labour Party’s traditional working class supporters. The ‘cloth caps, bingo and pie and a pint’ stereotype who are uncomfortable about the current direction of the Labour Party. These voters are worried about a “declining NHS, rising crime, housing shortages, underfunded and over-crowded schools”.

It has been argued that some Labour voters at least partly blame immigration for some of these problems. Equally, it has been argued that one of the reasons Labour did better than expected in the 2017 general election was its official embrace of the referendum result, which not only reassured sceptical working class voters, but also allowed the party to focus on more bread and butter issues.

It is unlikely that a compromise exists that can satisfy all three of these camps. The Labour left camp and the ‘quinoa camp’ are perhaps closest together, and could probably find a wording on opposing a Tory Brexit that would more or less satisfy both. It is less likely that the ‘pie and a pint’ camp will be appeased by whatever compromise comes out of the Labour Party conference.

Not only is this camp arguably rather under-represented internally in the party, but in addition any softening on Brexit is likely to further confirm their disillusionment with the Labour Party, and with politics generally.

There are signs that elements of the Labour leadership are aware of the dangers raised by the referendum debate. This is exemplified by Shadow Chancellor John McDonnell’s upcoming tour of “some of Britain’s most ‘left behind’ towns”. The current leadership’s long-standing caution about the EU, and their concerns with how a softening of the party’s Brexit stance will play with traditional supporters, might incline them to oppose any call for a Brexit deal referendum.

However, the surge in support for such a referendum may be too strong to resist completely.

Dr Robin T. Pettitt is Senior Lecturer of Comparative Politics at Kingston University London. He is an expert on political parties, and has published on internal democracy, rhetoric and political marketing. He is currently working on a book examining how parties recruit and retain party activists.