Labour Force Survey: The mystery of the shrinking migrant workforce 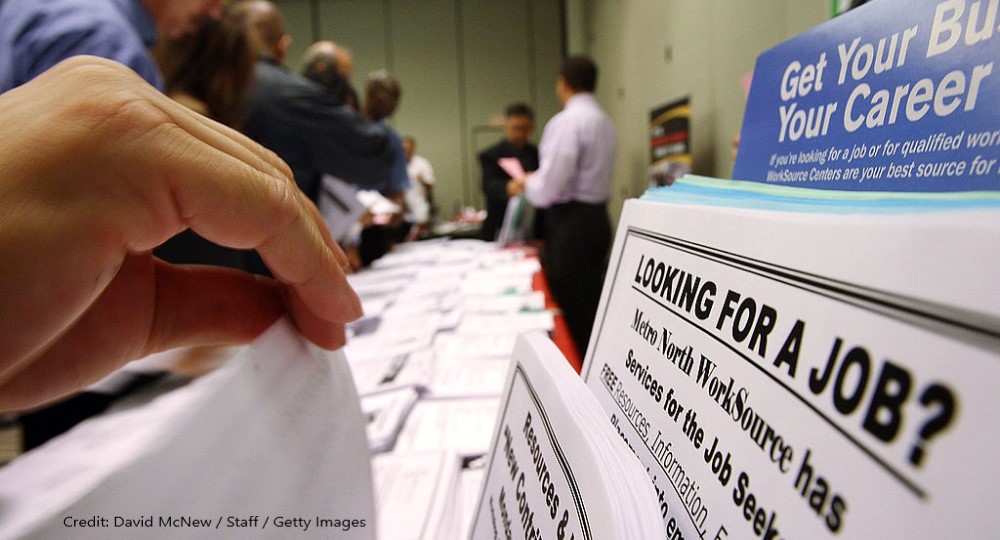 As lockdown started back in March and businesses were forced to close up and down the country, there was a brief spate of news stories about people whose work in hotels came with accommodation thrown in were being literally thrown out on the streets.

In the bulletins I saw, the interviewees seen sadly trudging away seemed, without exception, to be migrant workers.

As is well known, working age migrants especially from Europe have consistently very high employment rates, higher than the population as a whole, and so one wondered with some apprehension whether the Labour Force Survey would show a sharp rise in unemployment particularly affecting these groups.

So it was with some surprise that when the set of statistics were first published in August covering the fully locked-down quarter from April to June, unemployment numbers for people born outside the UK had barely budged.

There had indeed been a large fall recorded in the numbers working but not only did they not seem to have become unemployed, neither did they seem to have lapsed into inactivity. Instead, it seemed that they weren’t in the UK anymore.

Or at least, if they were, they weren’t being picked up in the Labour Force Survey. Back in August, this revealed an astonishing – and unprecedented – quarterly fall of half a million in the number of people born outside the UK resident here. 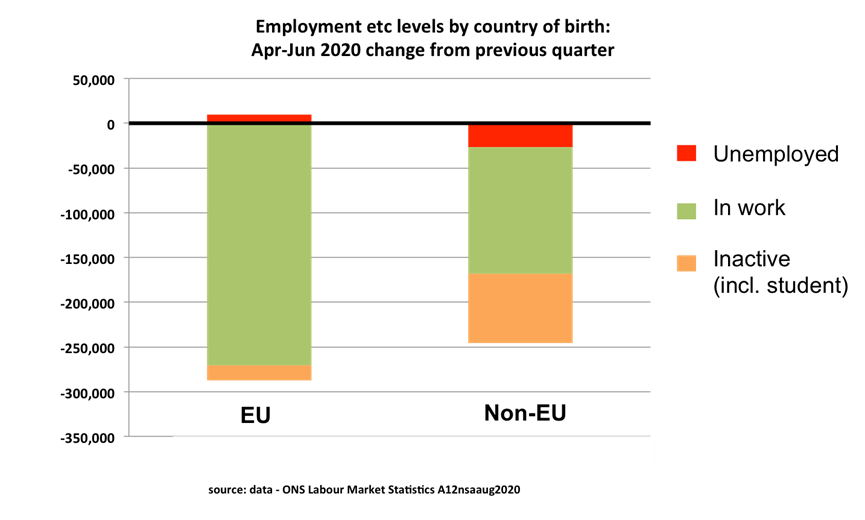 Many of us thought this was just too large and sudden a shift to be believed. Could the data be trusted? The Labour Force Survey carried out by the Office for National Statistics is an ongoing permanently-conducted survey of households in the UK, refined over years to be as representative as possible and relying for initial contact on interviewers knocking on selected doors up and down the UK to see who’s there and what they are doing.

Obviously the lockdown meant this couldn’t continue as before, and so the interviewers were switched to telephone contact instead.

Perhaps, if fewer rented households had been contacted in the quarter then the number of people from abroad might have been undercounted, as they are much more likely to live in rented accommodation.

In order to adjust for this, the ONS has now changed the weighting they give to each household in the sample so as to preserve the pre-Covid-19 ratio of owner-occupied to rented households, assuming that the drop-off in rented households actually reached by interviewers was because they were less likely to be reachable by telephone.

So if the apparent exodus of non-UK born workers was indeed in large part an illusion caused by the change in the way the data was collected, we might have expected to see a different picture in November’s labour market statistics.

Instead, the opposite is the case: the statistics show not only that the reweighting made little difference to the figures for the April to June period, but that the subsequent quarter from July to September saw only tiny rises in unemployment among those born abroad, large further falls in employment especially among people from the EU, and continued falls in inactivity. 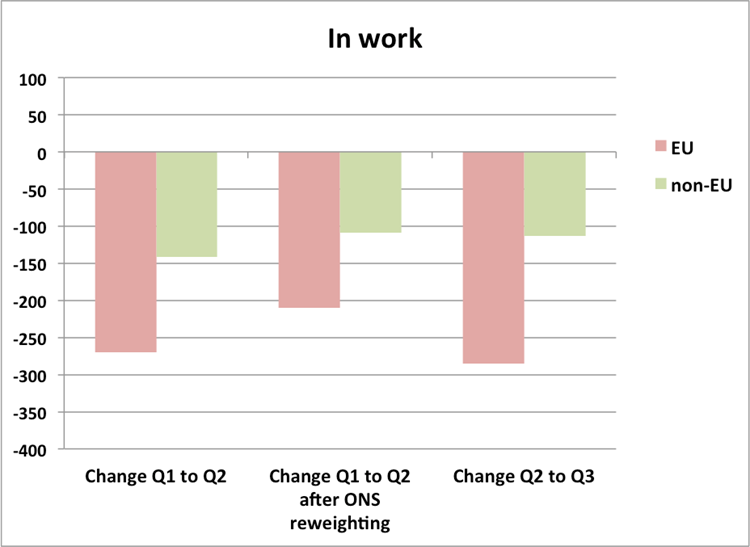 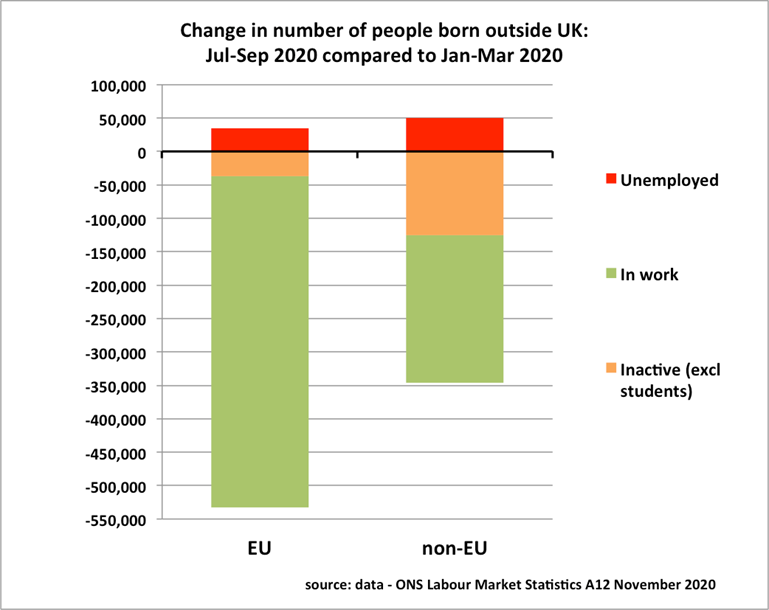 So while neither the referendum nor Brexit itself have led to a mass ‘Brexodus’ (as opposed to a sharp fall in net EU migration), the pandemic apparently has, with the EU workforce in the UK decimated and then decimated again in just two quarters.

Moreover, rather than stay indoors and do nothing they have instead simply ‘gone home’. Given the UK’s comparative performance during the pandemic, in both economic and health terms, this is perhaps not surprising.

For many Europeans, the choice may have been between remaining here, with no job, but continuing to pay rent, and taking your chances with Covid-19, or returning to the family home on the continent. The latter may understandably have been more attractive.

But the story does not end there. The flipside of this sharp fall in the number of non-UK born people resident in the UK appears to be a large increase in the UK born; our numbers seem to be growing, up more than 800,000 since the first quarter. 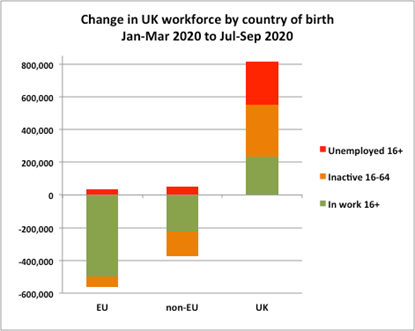 Natural change and seasonal patterns might account for some of this, but almost certainly not all. Return migration? Further measurement issues? We just don’t know.

The data are telling us that there have been major changes in the composition of the UK workforce, but as yet, we do not know how far they are to be trusted. It’s certainly too early to jump to conclusions.

By Michael O’Connor, Stronger in Numbers.