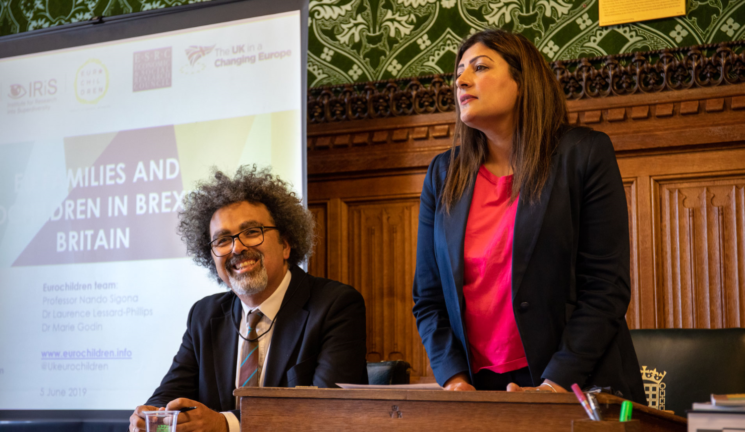 Many EU nationals do not trust the UK government’s settled status scheme and are being pushed to apply for British citizenship for their children new research by academic research project Eurochildren has found.

Eurochildren, which is researching the lives on EU citizens in the UK, has released three new reports covering the legal, statistical and sociological aspects of the impact of Brexit on EU families.

Key findings of each report shows

The status of EU citizens in the UK presents a similar policy dilemma for the British government today as it did when it the ended Commonwealth immigration in the 1960s and 1970s the report finds.

Failure to apply for settled status will lead to a lawful EU resident becoming an unlawful resident as soon as the application deadline expires. This would impact negatively on dependent children whose status relies on the parents applying on their behalf.

The share of births to at least one EU parent has been increasing since the mid-2000s. In 2016 it was 12% of all births in England and Wales, 13% in Northern Ireland, and 10% in Scotland, the new study finds.

The study also shows a change in the main countries of birth of EU parents, where the share of births to mothers and fathers from 2004 accession countries has increased.

Report: Naturalisation and (dis)integration for EU families in Brexiting Britain

The share of applications for naturalization by EU27 residents in the UK has increased from 5% in 2007 to 26% in 2017. More than 80,000 EU residents have applied for naturalization since the EU referendum. Many more are still uncertain on their legal status and ponder their options.

The study found that attitudes towards naturalization vary significantly among EU nationals, with more well off and educated EU nationals and EU14 citizens displaying more resistance to apply to become British on moral and political grounds. Others, instead, take a more pragmatic approach to acquiring a British passport.

The three reports are based on a two-year study led by the University of Birmingham’s Institute for Research into Superdiversity (IRiS) and affiliated to The UK in a Changing Europe.

The reports were being launched yesterday, Wednesday 5 June, in the House of Commons at an event hosted by Birmingham Edgbaston MP Preet Gill.

Professor Nando Sigona, Director of Eurochildren and Deputy Director of IRIS said: “Thousands of children are born every year in the UK to EU parents, many in mixed-nationality families. To some of them Brexit poses a profound and even existential challenge.”