Largest political parties out of touch with voters 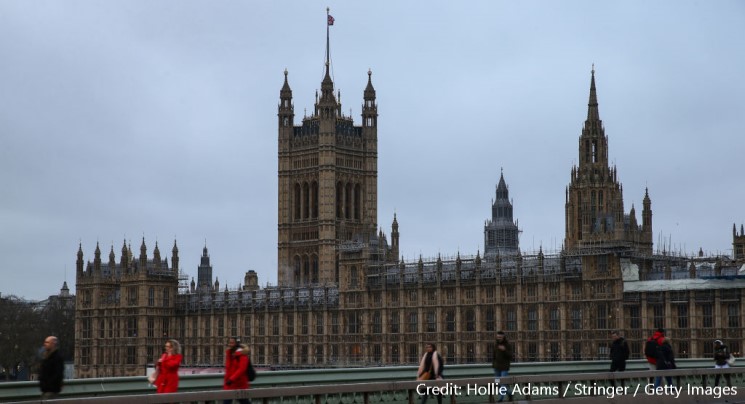 You will probably never have heard of May’s “special law of curvilinear disparity” — although your view of party politics may well be similar to it. In 1973 the political scientist John May argued that those lowest and highest in a political party’s hierarchy were the least likely to hold “extreme” views.

Those in the middle of parties, the party activists, were the most likely to have views further away from the average voter.

May’s theory is praised for its simplicity, and for the fact it accords with much of the common wisdom on political parties.

Yet it is surprisingly difficult or, more precisely, costly to test, because to do so you need surveys posing the very same questions, posed to voters, members and MPs.

Today’s report, Mind the values gap, does exactly that, and it shows not only that May’s Law doesn’t seem to hold any more, but that both political parties are seriously out of touch with their own electorates. 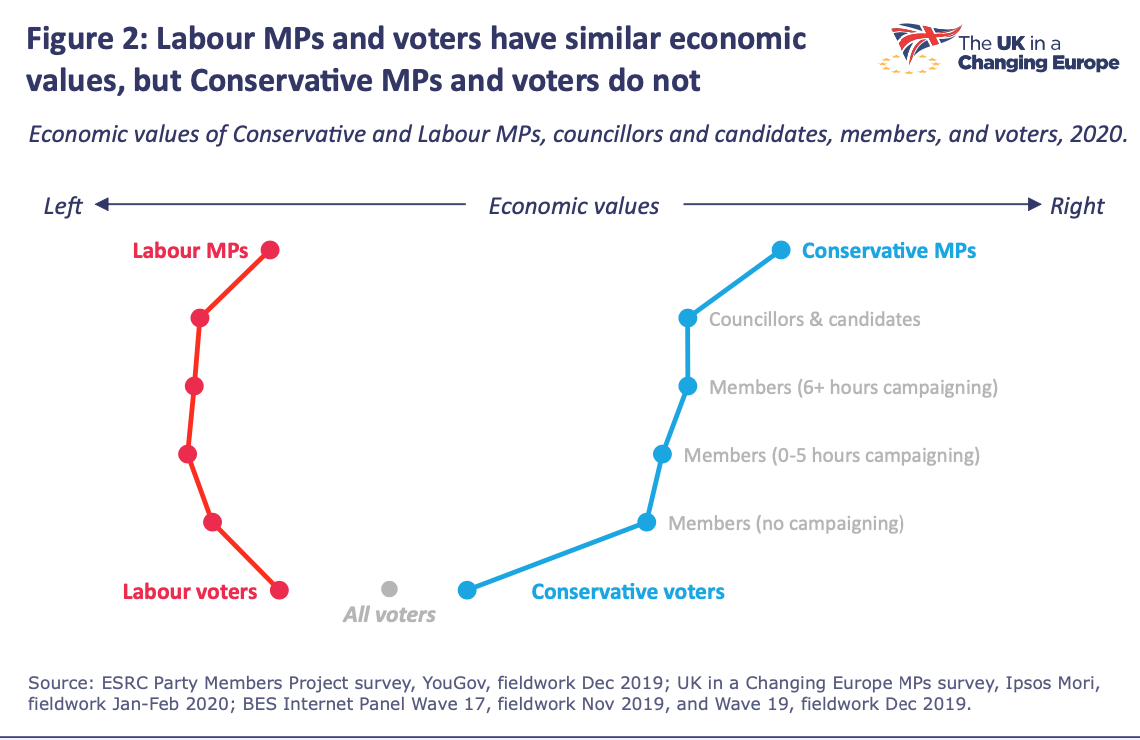 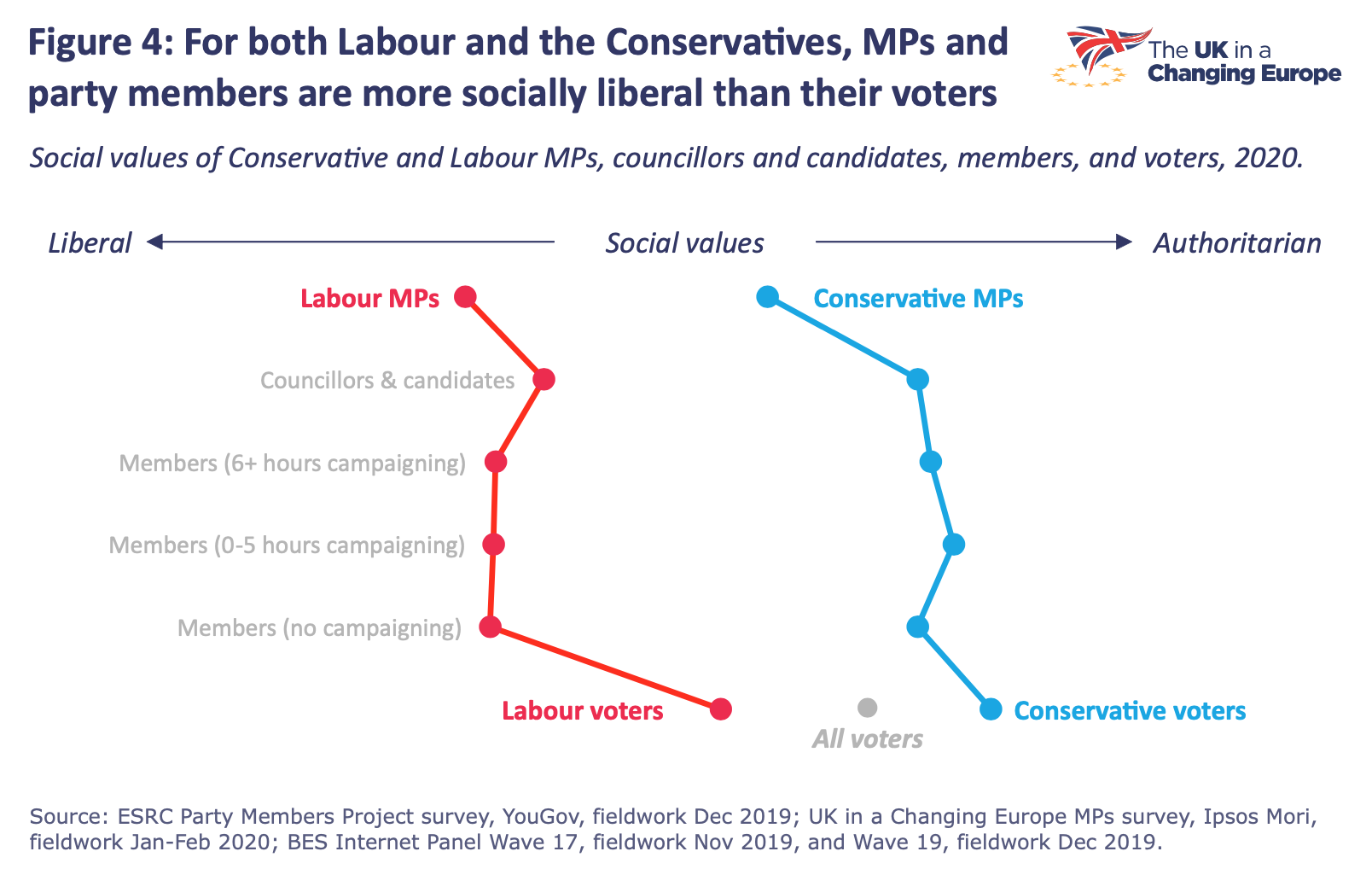 The graphs show summary scores for each of these batches of questions, for each type of person, from MPs at the top to a party’s voters at the bottom.

When it comes to economic values, you see exactly the sort of thing you might expect. Labour’s members are indeed more radical on the economy than Labour MPs and Labour voters.

These differences are not massive though and there is almost no difference between the different types of members depending on their levels of activism. This is another of the things frequently claimed about political parties, and yet there is relatively little evidence of it here at all.

On four out of the five questions asked in the surveys, those who backed the Conservative Party at the polls in 2019 had more in common with the Labour Party than they did with Conservative members, activists and MPs.

Indeed, on these issues Conservative MPs have views that more closely align with the average Labour voter in 2019 than they do with their own supporters.

While for Labour, there is a serious disconnect between their voters and the party, and even more so between the party and the average voter.

Again, just to give one example, that there should be tougher sentences for those who break the law is the view of 24 per cent of Labour MPs and 25 per cent of members, but it is backed by 53 per cent of those who voted Labour in 2019 and 70 per cent of the public at large.

Support for the death penalty sits at 31 per cent among Labour voters but just 11 per cent of members and a grand total of zero of the PLP surveyed.

One of the curiosities of recent British elections is that, for all the pressure the party system has been under, the combined vote share of the two major parties has been noticeably up on preceding decades.

Ideally, though, those voting for a party would broadly share its basic values; its representatives would in turn share the values of the party membership. Neither major British party can claim this.

Labour are relatively close to their voters on economic issues but way out of kilter on social issues. For the Conservatives, the opposite is the case.

Whatever short-term successes there may have been, the suspicion must be that the foundations on which the parties’ electoral coalitions sit are distinctly weak.

By Philip Cowley, professor of politics at Queen Mary University of London. This piece was originally published in the Times Red Box. Read the Mind the gap values report here.