What happens if there is a last-minute Brexit trade agreement? 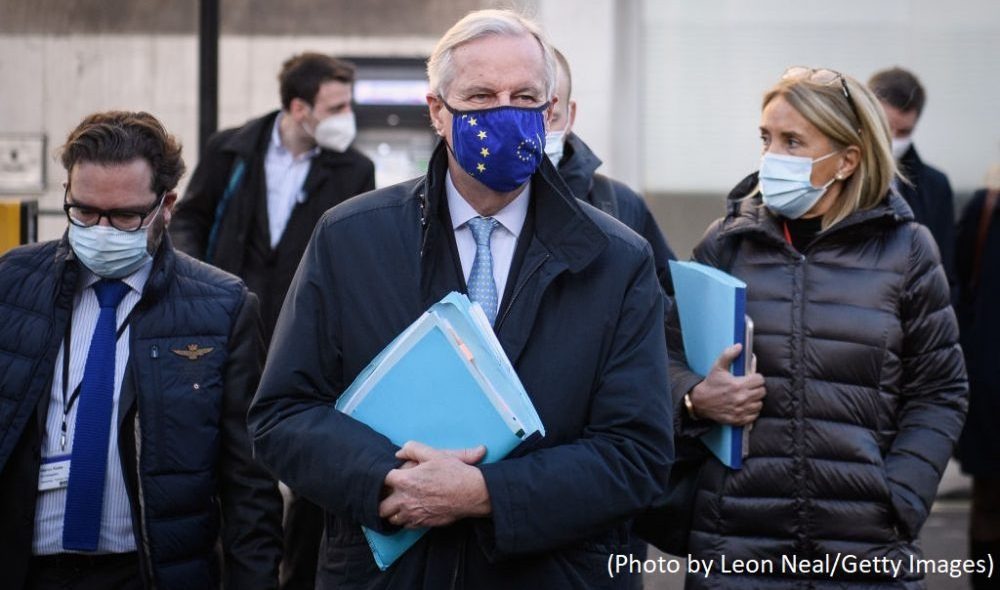 Unless a free trade agreement takes effect on 1 January 2021, the UK and the EU will switch to trading on WTO terms. That is an outcome both sides are desperate to avoid. It is almost too late to do so.

The Council and the European Parliament have to approve a trade agreement before it can come into force. Completing the required procedures is called ‘ratification’, and is what brings the agreement into force.

To avoid missing the New Year’s Day deadline, the Council might authorise provisional application of the agreement before it has been approved by the European Parliament.

This same device can be used to side-step any additional requirements for national parliaments to ratify the agreement.

Applying a trade agreement before it comes into force sounds like a suspicious lawyer’s trick, but international law, and the EU treaties, allow for precisely that.

EU ratification procedures would still have to run their course, and those procedures could still be blocked by national governments, directly elected members of the European Parliament, or national parliaments instructing governments not to vote for the deal in Council.

The first step on the EU side is for the Council to authorise signature of the trade agreement. Signature signals the intention of the EU to go forward; it does not ratify the agreement and bring it into force.

The Council will try to proceed by consensus, even if the contents of the agreement in strict law only require a qualified majority of national governments.

At this stage national governments could refuse to back the deal, and demand further negotiations.

One country to watch will be France: President Macron has issued strong warnings that French fishermen must not be sacrificed to ensure a trade deal with the UK.

That is what happened in 2016, when Belgium’s Walloon regional parliament prevented the Belgian government from voting in the Council for signature of the EU-Canada trade agreement. The result was a delay in the Council vote, and further discussion of texts.

If a Brexit trade agreement survives a vote of the member states in Council, the President of the Council will sign the agreement on behalf of the EU.

This would be legally possible. The Council could combine its decision to sign the trade agreement with a decision to give it provisional application. For this to work, the EU and the UK would have to agree, and insert a clause to that effect in the agreement itself.

Retrospective scrutiny by the European Parliament would not turn the exercise into a rubber stamp. Nor would there be an automatic no-deal if it thought some elements of the agreement should be renegotiated.

The European Parliament could resolve that it was postponing a decision on whether or not to approve the deal until negotiators had had a chance to revisit certain of its provisions.

The agreement would continue to be applied until the outcome of any further negotiations was transmitted to the European Parliament. This may not be a likely scenario, but it is a possible one.

If the European Parliament consents to the Brexit trade deal, this could end the need for provisional application.

The Council could ‘conclude’ the agreement, complete the ratification process, and give it full legal force.

This will not be the case if the agreement is a ‘mixed agreement’, though.

Most of the content of a typical trade agreement can be negotiated and concluded by the EU alone, without the involvement of national parliaments.

But there may be elements in a trade agreement which fall within the powers of the member states, as well as the EU.

Where these elements are involved, both the EU and the national parliaments of the member states ratify the agreement.

In fact, in July 2020, the parliament of Cyprus actually voted against ratifying this agreement. A number of other EU trade agreements have still not been ratified by all the national parliaments of member states.

Yet in practice, this does not cause problems. These agreements are given provisional application – as was the EU-Canada agreement in 2017.

If the UK and the EU agree a trade deal, it is unlikely that any need for national parliamentary ratification will cause the core trade elements of the agreement to be blocked or delayed.

By Professor Derrick Wyatt, QC, Emeritus Professor of Law, University of Oxford, former barrister specialising in litigation before the EU Courts, Member of the International Academic Council of Fundacion Fide, an independent and non-partisan Spanish think-tank.