Judicial cooperation and law enforcement in the Brexit deal 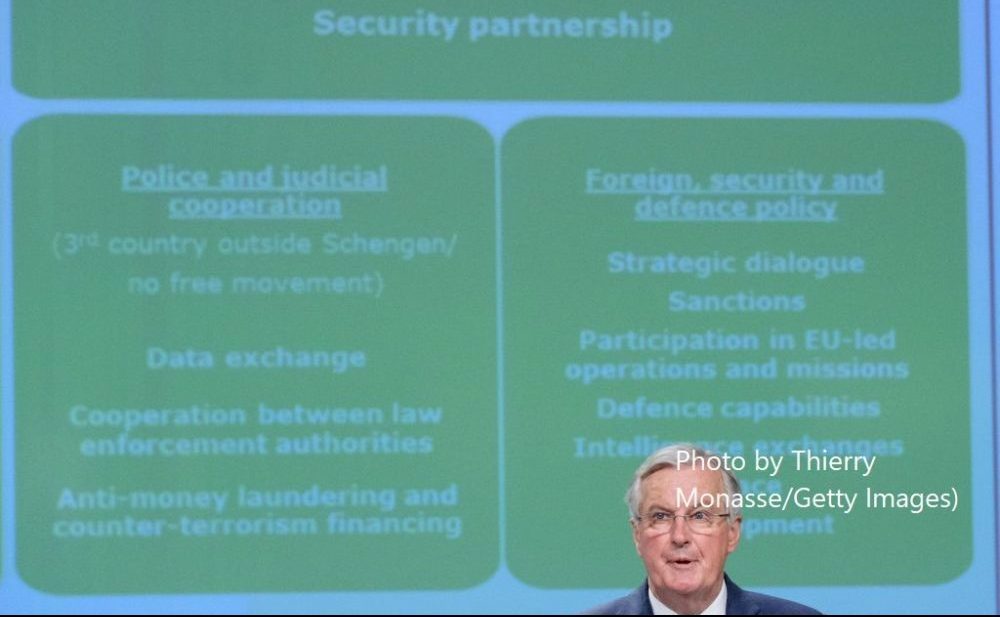 Reaching an agreement on police and judicial cooperation has never been a zero-sum game.

Both UK and EU Law Enforcement Agencies (LEAs) were anxious to avoid a ‘security downgrade’ that would have made their jobs harder.

Only criminals stood to gain from no deal. From the beginning the UK was over-optimistic, calling initially for a ‘new, more ambitious model for cooperation’. It quickly became clear that the status quo could not be reproduced.

What is in the agreement?

There are three main areas covered: information exchange and access to databases; cooperation between agencies; and ease of extradition.

The agreement provides for the automated exchange of DNA, fingerprints and vehicle registration, akin to the Prüm Decisions.

There is also access to the EU passenger name records (PNR) for the purposes of preventing, detecting, investigating, or prosecuting terrorism or serious crime, subject to safeguards on the use and storage of the information.

The UK, in return, is required to share analysis of PNR data with Europol, Eurojust and member state LEAs.

Cooperation with Europol and Eurojust is provided for but limited to the secondment of liaison officers and prosecutors, with limitations on the exchange of data.

The UK will not participate in management of the agencies nor have direct access to the Europol databases such as SIENA. The UK can participate in Joint Investigation Teams but their operation will be subject to EU law.

The agreement provides for a fast-track system of extradition, known as ‘surrender’, which would replace the European Arrest Warrant (EAW) and mirrors the arrangement between the EU and Iceland/Norway, as requested by the UK.

There are three main differences with the EAW.

Countries that have applied this derogation in relation to Iceland and Norway will likely do the same with the UK.

The UK will therefore lose the ability to extradite citizens from up to eight countries in some circumstances and 16 if it is not willing to return convicted nationals to serve their sentence.

Thirdly, dual criminality – where an offence must exist in both jurisdictions – is required for extradition, except in defined circumstances, but this may be waived.

To date only Spain, Slovenia, Lithuania, Romania and, with a more limited scope, Poland have waived dual criminality in relation to Iceland and Norway.

However, as requested by the UK, a proportionality clause is included for surrender requests.

The agreement also specifies certain rights for the accused, including the right to an interpreter and a lawyer in accordance with domestic law. There is no specific right to legal aid, as initially requested by the EU.

Although the UK will lose access to the European Criminal Records Information System (ECRIS), the agreement does provide for enhancement of the European Convention on Mutual Assistance in Criminal Matters 1959.

Records will be exchanged electronically based on a request within 20 working days, rather than the 10 days provided for in ECRIS.

What is not in the agreement?

The UK failed to maintain access to the Second Schengen Information System (SIS II). This is the most widely used and largest information-sharing system for security and border management in Europe and operates based on ‘real time’ alerts.

UK officials used the system over 600 million times a year. Importantly, it is used to alert agencies that a EAW has been issued.

The agreement provides for ‘cooperation on operational information’, which facilitates the exchange of existing information and intelligence, but this does not provide real-time data and is therefore not a replacement for SIS II.

Michael Gove recently down-played the loss of SIS II as ‘just one system’, stating that by taking back control of our borders we ‘can make ourselves safer’.

The reality is that loss of SIS II is a blow for the UK, which will now have to rely on Interpol’s I-24/7 database and delete all SIS II data. Not all states routinely use Interpol or upload ‘red notices’ on wanted suspects.

The UK has been aware for some time that it would lose SIS II and has created a new power of arrest in relation to red notices and prepared for the transition, but it is reliant on all other EU partners circulating their notices on Interpol as well as SIS II. The size of the data gap on 1 January 2021 is currently unknown.

There is also no direct replacement for the European Investigation Order, although there are provisions on mutual legal assistance that supplement the application of the 1959 Convention.

Time limits are provided and the procedure for exchanging information is standardised. There is a separate agreement covering the exchange of classified information.

What compromises have been made?

The final text has required compromise on both sides. The UK has conceded that continued adherence to the European Convention on Human Rights and its direct effect in domestic law are preconditions for cooperation and has agreed to a ‘high level of protection of personal data’.

The EU has conceded a bespoke dispute resolution mechanism, in place of ECJ oversight. A Specialised Committee will be created that has the power to resolve disputes.

Looking to the future

Throughout the negotiations those at the front line of transnational policing have been clear that fast and effective means of sharing information and intelligence enhances public safety and saves lives. The agreement could never replicate the level of cooperation within the EU.

However, that does not mean that it is a bad deal. The UK and the EU have secured cooperation that is as close as conceivable, without crossing any of the UK’s red lines or undermining the EU’s internal legal order.

Although the agreement facilitates important aspects of cooperation, the loss of real-time data and reduction in influence in Europol and Eurojust will have an operational impact.

Police and prosecutors will have to be creative in seeking alternatives to prosecution in cases where nationality or dual criminality bar extradition, and greater emphasis will have to be placed on ‘soft’ cooperation with key partners in the coming years.

The UK may use the provisions allowing bilateral agreements on enhanced cooperation with close partners, such as Ireland.

Data adequacy, to be revisited in the next six months, will also be crucial to the exchange of personal data.