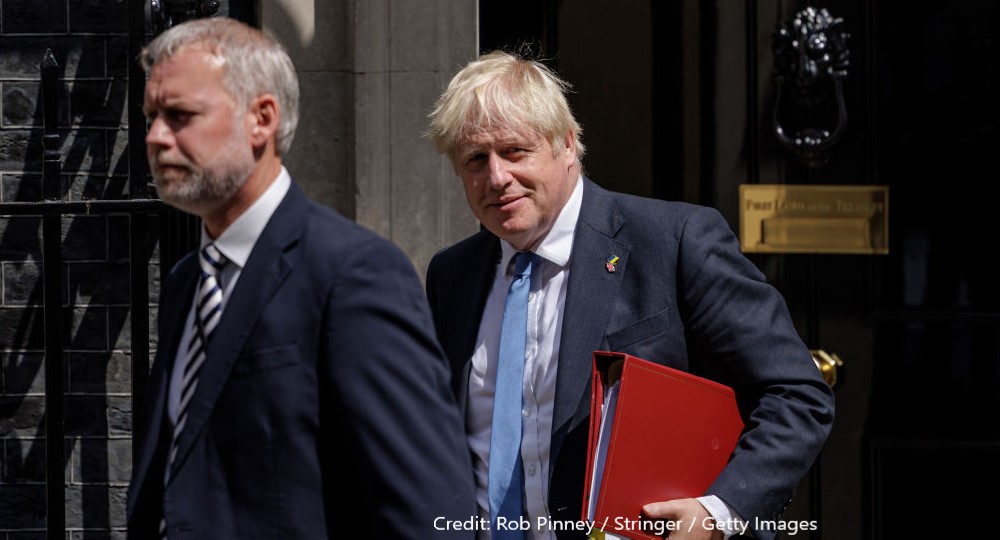 The Conservative leadership candidates have all interpreted the “honesty” question as about personal integrity – promising to “deliver”, “tell the truth” or not indulge in “fairytales”.

Clearly that would be an improvement over a regime that was ultimately brought down by its inability to give straight answers and its passion for overhyping its achievements and denying its flaws. So a PM who prizes personal integrity would be a good start. Necessary, but not sufficient.

Now we are down to the last two leadership candidates, there is an opportunity for both to set out how they would propose to rebuild not just trust in the person of the Prime Minister, nor trust in government, but trust in the UK’s political and constitutional system.

There are some early wins.

A new Prime Minister could move swiftly to appoint a replacement Ethics adviser, give them the genuine independence over investigations Johnson denied Lord Geidt, submit their name to Parliament for approval and commit to implement the new adviser’s recommendations, however inconvenient. That would send reassuring messages to those worried about the lack of concern for standards in public life shown by their predecessor.

This could be accompanied by a beefed up Ministerial Code with a clear message that this is a regime that will be tough on code breaches. The new Prime Minister should make clear in their foreword that “standards matter” to them and that they have learned the lessons from the last government.

They could adopt the Committee on Standards in Public Life proposals – to put the independent adviser and the Advisory Committee on Business Appointments on a much more robust basis.

Or they could go further and open up discussions with the Labour frontbench on reaching a cross-party consensus on new, more robust proposals for independent ethical oversight.

They could also commit to a new code of conduct around public appointments. Commit to appoint competent candidates who are deemed qualified to perform the role and not to pre-empt the process as the Johnson administration did or attempted to do. They could strengthen the role of the Public Appointments Commissioner – possible reversing the downgrade of their powers in the Grimstone reforms in 2016 – and make that role subject to a positive vote in Parliament.

And they could make clear that there will be no repeat of the Paterson debacle which started the final phase of  Johnson’s fall by committing to always allowing free votes on recommendations from the Standards or Privileges Committee – and making clear they will have a zero tolerance approach to transgressing MPs.

They could agree with the Cabinet Secretary new standards for the civil service. That could include a ban on alcohol at work, responding to Sue Gray’s concerns about the drinking culture in Downing Street. They could also make clear that those who were responsible for the failures of leadership Sue Gray identified should not expect to stay employed in government.

They could go further on misleading information from government.  They should make clear that the expect press offices in departments to adhere to the civil service code.  And they should make a commitment that any member of their government will correct the record immediately if they make a mistake in any ministerial intervention in Parliament.

Most of these suggestions simply build on suggestions already in the public domain – or reinforce what is already supposed to happen, but which have been victims of the casual attitude towards norms and rules of the Johnson regime.

There is a much harder job to be done in restoring the “boundaries” that Cabinet Secretary Simon Case told PACAC the government felt it had a mandate to test.  Indeed, the new government may feel that it has simply inherited the same mandate.

But if it wants to restore trust in government and respect in institutions, it could try a reset.

Then they could make clear that, having regained control from Brussels, they do not want to hog it in the Executive. The latest row over the non-process of ratification of the UK-Australia FTA and the withdrawal of ministers from select committee appearances in the last week shows how far the current government holds parliament in contempt.

So a new Prime Minister could make clear that they understand the value of Parliamentary scrutiny. They could commit to a new formal process for ratifying trade deals. They could go further and rebalance the relationship by adopting proposals to give Parliament more control of its own business, as proposed by Professor Meg Russell and Dr Daniel Gover in their report ‘Taking Back Control’.

Then the government might commit to improving relations with the civil service.  It was notable how many resignation letters pointedly thanks civil servants for their hard work – a clear distancing from other criticisms of working practices, numbers and lack of skills. None of that means rowing back on reform – but it would mean both genuinely accepting the legitimacy and value of challenge – and accepting that reform is a joint project.

In his resignation letter, Rishi Sunak said that the “public rightly expects government to be conducted properly, seriously and competently”. He should set out how he would intend to do that. And Liz Truss should be asked if she agrees with the criticism  – and, if she does, what she would do about it.