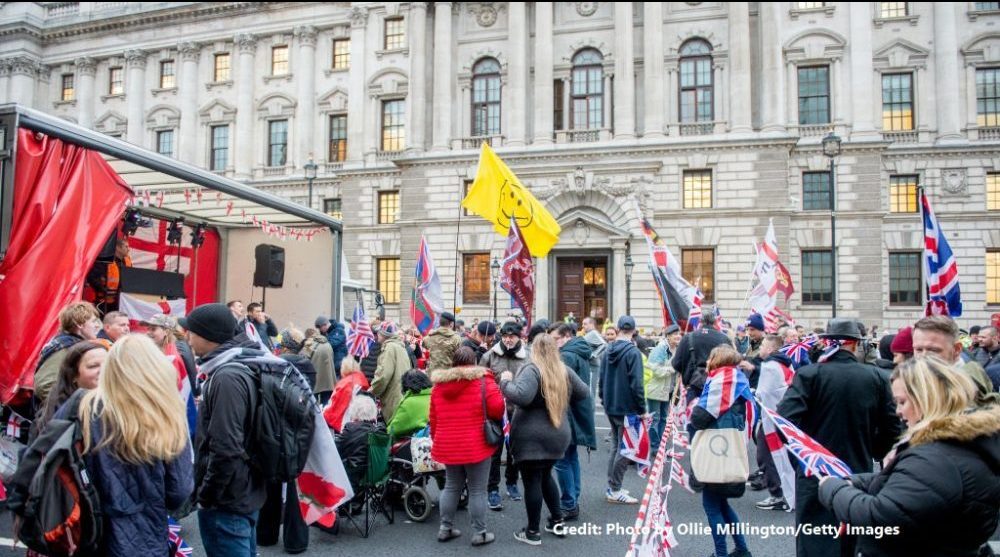 Anti-immigration, pro-sovereignty and proudly British; this is the image of typical Leave voters. But also, economically left behind, just about managing on a low income in a rundown post-industrial northern or coastal town.

While the former is broadly an accurate depiction of Leave voters, the latter is more misleading. While not wholly inaccurate, there are certainly Leave voters who fit this “left-behind” profile, it represents only a partial picture.

At least two in five Leave voters are in households where earnings are above the median, not affluent but certainly comfortable; these are the subject of a new report by UK in a Changing Europe.

Workshops with the comfortable leavers revealed people with deep hostility to those reliant on welfare, be they migrants or British citizens, a group who were proudly (and nostalgically) British about issues as diverse as buying British produce, flying the flag and keeping Britain tidy and who felt a keen sense of loss of industries and public services from their local areas.

Despite their different economic positions, low-income and comfortable leavers shared many hopes and aspirations for Brexit and priorities for the post-Brexit future.

Many of these centred on domestic priorities: the NHS and care workers; bringing back secure work, and apprenticeships in real jobs. Expectations for change after Brexit were high, though often not directly related to ending membership of the EU.

A typical view was that things could only get better, though this was expressed at the local or national level and not about personal financial situations.

One said: “It can only have a positive effect on enabling local areas to improve their infrastructure, health, police and services that require lots of investment.”

Pride in Britain extended to the broader welfare state but many of these comfortable leavers also viewed those benefiting from it with suspicion either because they thought they had come to Britain because they would receive benefits or they were British citizens who they believed were lazy and unwilling to take low paid jobs.

Pride, national identity, public services and industry were closely connected for these Leave voters and they felt all of them had to some extent been lost.

One said: “I think I’d like to see Brexit when it happens, as a catalyst, really. Like a reboot, to use that money not just to pay for things but to invest in our country. Bring the pride back in.”

Brexit has, of course, now been delivered. So why should anyone care about differences and nuance within the groups that voted for it.

Their will has been done. But the Leave voting coalition share priorities beyond Brexit, that may be the basis for a longer-term alliance of voters that crosses the income divide.

While this makes it easy for Brexit to live up to expectations it may make it much harder for the government that delivered it to do so.

The post-Brexit expectations and aspirations of these different groups of Leave voters are important, they will shape British politics over the course of this parliament as Johnson’s government seeks to make good on promises to level up and Starmer’s opposition seeks to find a path back to power through the electoral battlegrounds of post-industrial England.

By Paula Surridge, deputy director of UK in a Changing Europe. This piece originally featured in Times Red Box.