Leave vs. Remain: is Brexit still the main divide in British politics? 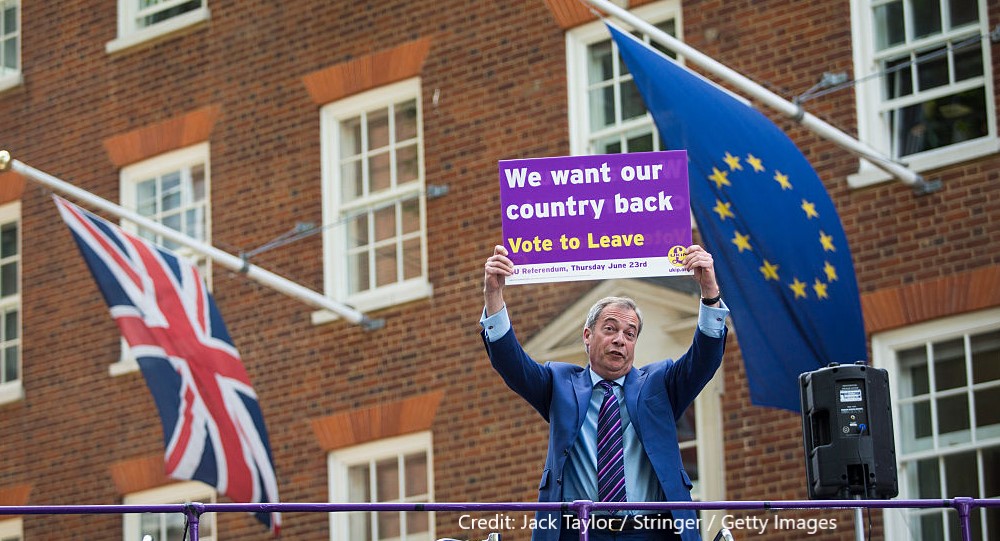 Since the 2016 referendum, it has been repeatedly shown that ‘Leave’ and ‘Remain’ are chosen as political identities by more people than identification with any political party. Our new polling in partnership with Redfield and Wilton Strategies adds further evidence of this. When asked how they identify politically, 23% of the electorate say as ‘a Leave voter’ and a further 23% as ‘a Remain voter.’ In comparison, some 16% and 15% describe their political identity as ‘a Conservative voter’ or as ‘a Labour voter respectively’. The Leave vs. Remain identities formed around referendum voting are still more widespread than any single party identity.

However, our new poll also asked people what they thought was the most important divide in British politics. This reveals a different picture, and one that suggests that while ‘new’ identities are important, people also still understand politics as structured by traditional divides.

Just under half of voters chose either ‘Right-wing vs. left-wing’ or ‘Working class vs. middle/upper class’ as the most important divide, both symbolic of the ‘old’ politics that Brexit identities cut across and disrupted. These were each chosen by just under a quarter of voters. Leave vs. Remain was chosen as the most important divide by one in five voters, and North vs. South by a further 15%. 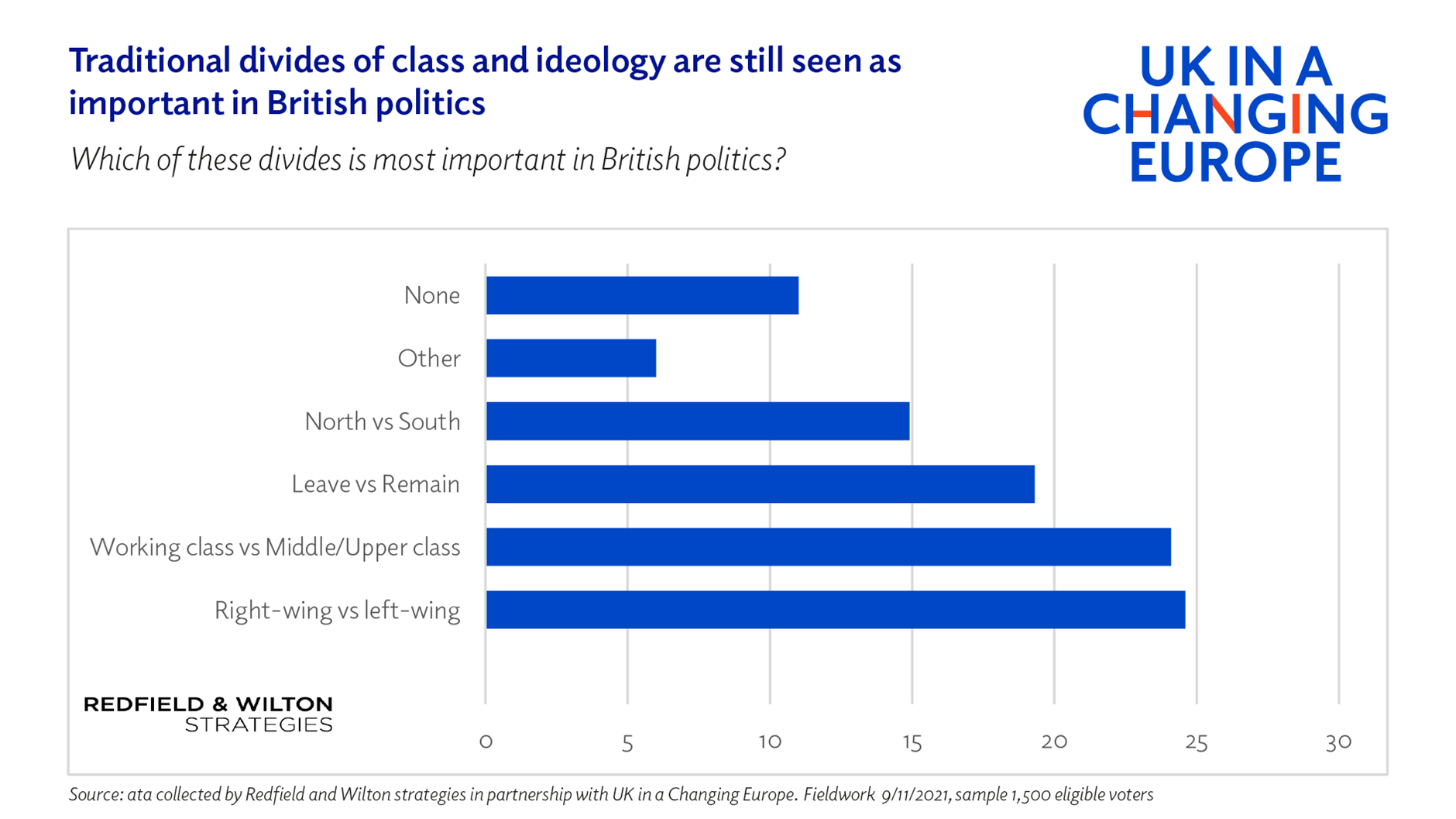 There are also some interesting differences within social groups (notwithstanding the need for caution in interpreting some figures as sample sizes are smaller).

We might, perhaps, expect that the ‘new’ political divides to be seen as more important by younger voters, who voted for the first time when the Brexit debates were at their peak. This does not seem to be the case. Those aged 18-24 were the most likely age group to say both that right-wing vs. left-wing (34%) and working class vs middle class (32%) were the most important divides.

Looking at how voters political identities interact with which divides they view as most important further reveals the complexity and fragmentation within the electorate. After all, you might expect those who are themselves strongly ‘Leave’ or ‘Remain’ to consistently be more likely to say that ‘Leave vs. Remain’ is still the most important political divide. 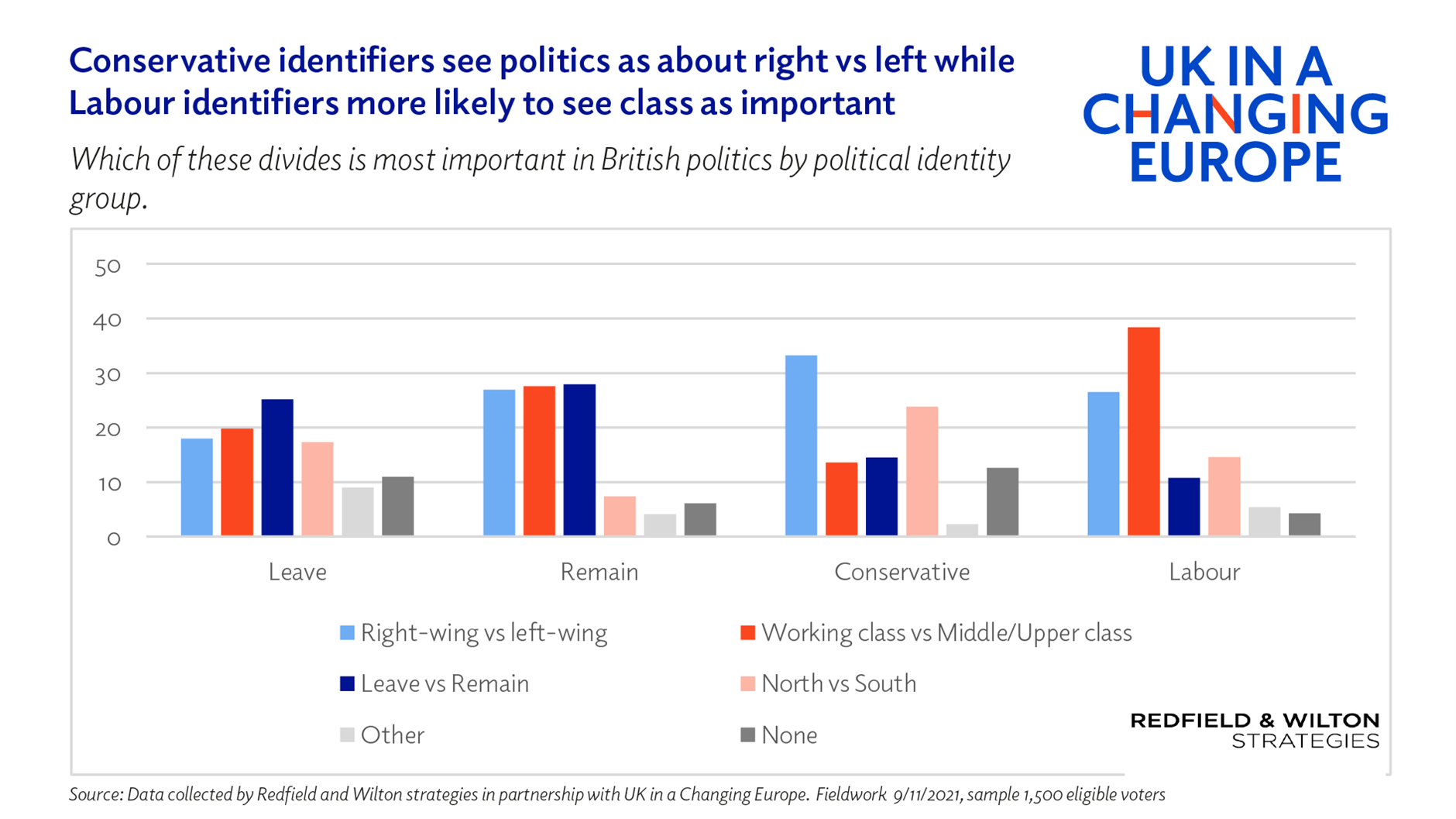 Among those who said their main political identity was as a Leave voter, a quarter said Leave vs. Remain was the most important divide. This compares to just under one in five choosing each of left vs. right (18%), working vs. middle class (20%) or north vs. south (17%).

The results reveal the coexistence for voters of the ‘old’ class politics, ideological divides based on a traditional ‘left vs. right’ spectrum, regional divides and the ‘new’ leave vs remain divide. They highlight the complexity of British politics, where it is impossible to reduce the electorate’s identities or values to a single binary divide. As British politics emerges from a period of ‘abnormal’ politics surrounding the coronavirus crisis, it is not clear which of these divides will play the greatest role among the electorate. Each can be mobilised in different ways by political actors, seeking to gain advantage by pushing issues which lead to voters thinking they are the right choice to lead us in the post-Brexit and post-pandemic world.