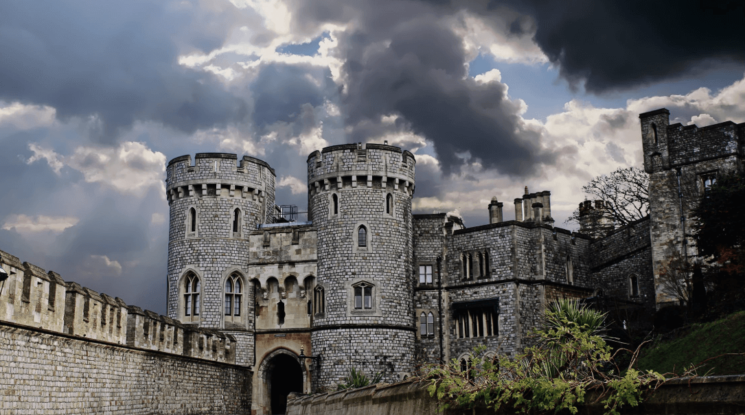 Discontent over immigration largely explains the Brexit vote. Given the immigration issue’s explanatory power in numerous analyses, it’s worth asking what’s happened to this ghost in the Brexit machine.

Much like the Arab Spring, those who made the revolution don’t get to set the terms of the new order. In the aftermath of the referendum, the debate has shifted to a squabble over economics, law and policy. Cultural issues have receded as worries about the economy take centre stage. Complex questions about the time it takes to negotiate free trade deals and rewrite laws, the difference between the Canada and Norway models, or worries about the Irish backstop, dominate the headlines.

After three chaotic years of trying to square an impossible circle – retaining free trade with the EU while controlling migration from it – the UK remains in limbo. As Sir John Curtice notes, people’s identities as Remainers or Leavers now trump those defined by party.

This splits Labour and the Tories, leading to more floating voters who gravitate in large numbers to the Brexit Party and Lib Dems, fragmenting the electoral map. Indeed, current Westminster polls show these parties in a dead four-way heat with the traditional ones. Britain’s party system is starting to look like the Netherlands or Germany rather than what we would expect in a majoritarian electoral system.

In this surreal environment, Remain and Leave politicians have been able to downplay the importance of immigration, favouring the safe narrative that Leave voters were motivated by ‘sovereignty’ or were ‘left behind’ by the global economy and the London elite.

Leave elites such as Nigel Farage or Daniel Hannan seek to portray Leave voters as the provincial and working voiceless rather than avatars of immigration restriction – a less ‘respectable’ rationale for leaving. Remain politicians, meanwhile, frame Brexit as a problem to be solved by the traditional economic tools of shrinking the public sector to boost growth (for the right) or, for left-Remainers, increasing social spending.

What of the voters? Beneath the surface, cultural cleavages have, if anything, widened over time. While, according to the British Election Study, 90 percent of Leavers want lower immigration, just 40 percent of Remainers do. This yawning 50-point gap is of the same magnitude as that dividing white Republicans and Democrats in today’s polarised America and is the key faultline in our new ‘culture war’ politics. This divide isn’t going anywhere.

True, the 40 percent of Remainers who want lower immigration are an important group of voters. Yet when you probe the data, as I did in recent work with Simon Hix and Thomas Leeper, you find that restrictionist Remainers are significantly less willing to take economic pain to reduce numbers than restrictionist Leavers. The issue also ranks lower on Remainers’ priority list.

Contrary to what many believe, good economic times are more conducive to concern over immigration than hard times, which keep the issue at bay. As the economic crisis faded in Europe and America after 2008, people shifted their focus from the economy to immigration and terrorism.

On the other hand, as Brexit has become the dominant issue in British politics, people began talking less about immigration and more about the Brexit deal and the economy. Restrictionist Remainers prioritise their economic interests. Leavers believe immigration will fall once Brexit is implemented.

Paradoxically, Brexit, though fuelled by unease over immigration, has helped dampen immigration restrictionism. Many view this as a paradigm shift which opens the way for Britain to adopt a more open immigration policy, albeit with a focus on skills.

Consider that all candidates in the Tory leadership race are more liberal on immigration than Theresa May. Indeed, five of six were willing to sign up to the ‘Diversity2Win’ pledges which included ‘a new immigration policy that reflects global Britain.’ Even Boris Johnson, the lone non-signatory, spoke supportively of the initiative and is pro-immigration. The underlying Tory Brexit philosophy is that of a global Britain, freed from Europe to take on the world.

But this a far cry from the worldview of the Brexit base. As I wrote in 2016, Leavers tend to see change as loss and prefer order over difference. Support for the death penalty or believing things were better in the past are far better predictors of Leave voting than where one lives, class or anti-elitism. Most Leavers, like most restrictionist Remainers, prefer to admit more Europeans to Britain than non-Europeans.

The immigration question can only remain in orbit if there is a no deal Brexit which results in economic recession. Any other outcome, whether a successful no deal, some version of May’s deal, or remaining in the EU, will result in the issue crashing back to earth. If the UK leaves successfully, the non-European inflow will rise. If Britain remains in the EU, the European inflow will increase. In either case, concern over immigration levels will grow as economic worries dissipate.

In the long term, a successful Brexit may be more likely to result in a resurgence of right-wing populism than a scenario in which Britain remains within an increasingly ‘fortress’-style Europe. Salvini’s EU, pushing the continent to the right on immigration, will appeal more than Boris’s global Britain, in which non-European immigrants are courted to power the economy.

A Canadian-style immigration system emphasising skills and high numbers will, as I have argued, fail to allay the concerns of Leave voters. This is because opposition to immigration stems from the pace of ethnocultural change, not economics or even the degree of control (which will never be perfect).

English Canada, New Zealand and Australia differ from Britain in having a weaker attachment to majority ethnic ancestry and collective memory. They also have more of a tradition of immigration. In combination, this makes them more tolerant of higher levels. This is now changing – New Zealand’s Jacinda Aldern promised to slash immigration while close to two-thirds of Canadians now want lower numbers.

Despite years of Brexit upheaval, the grievances which propelled the vote will persist because Leave and Remain politicians are unwilling to have difficult conversations around the cultural aspects of immigration, assimilation and national identity. Until this occurs, and both sides in the culture war come to a mutual accommodation, the ghost of immigration will not be exorcised.

Populism and polarisation will persist, generating instability and upheaval in British politics.

By Eric Kaufmann, Professor of Politics at Birkbeck, University of London, and author of Whiteshift: Immigration, Populism and the Future of White Majorities (Penguin/Abrams, 2019).