Leaving without a deal would hurt UK-EU trade 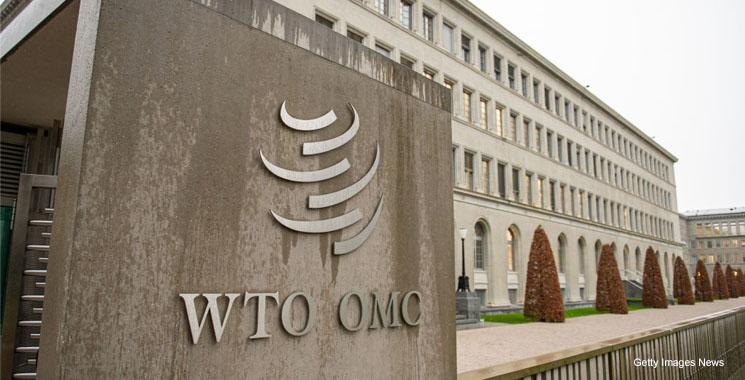 Apparently the most important qualification for membership of “Economists for Free Trade” is that you don’t believe in free trade – that is, you don’t think tariffs, customs checks or other barriers to trade do any economic damage.

That, at any rate, appears to be the view of Michael Burrage, who argues, in his critique of UK in a Changing Europe’s recent report on the impact of moving to “WTO terms” for UK trade, that we are wrong to claim that this would “make UK-EU trade significantly harder”, as a consequence of the imposition of tariffs and other barriers.

Mr Burrage’s argument is that we have been more successful trading with countries under WTO terms than within the EU Single Market. He makes a great deal of growth rates – and that, for some countries over some periods, trade has grown faster outside the EU.

It is true that, for example, the growth rate of our exports to China and India (where we trade on WTO terms) have outpaced those with Belgium and Ireland.

However, we still export 50 percent more to Ireland than to China; and more than twice as much to Belgium as to India, despite the huge disproportion in GDP and population.

The same is true if you look at our developed country partners – despite our historic links, we export more to Sweden than to Australia, although the latter’s economy is well over twice as large.

Why? Because – and you don’t need to be an economist to work this out – EU countries are much closer, and the lack of tariffs, quotas, customs checks, and numerous other regulatory barriers makes it much easier to trade with them.

This relationship has been confirmed by more quantitative economic analyses than I care to count. And the statistics show it.

UK trade with other members of the Single Market makes up more than half of all UK trade (although the EU is only about a seventh of the world economy).

It’s for this simple reason that – as our report said – every credible economic analysis has found that moving to WTO terms for our trade with the EU would make us poorer. The Office for Budget Responsibility analysed 17 such studies, from government, academia, and the private sector.

Only one – that published by Mr Burrage’s Economists for Free Trade – did not find a negative impact, and that was because, as the OBR pointed out, they made an elementary error in their interpretation of what “WTO terms” actually means.

So when Mr Burrage questions our commitment, as an ESRC-funded research centre, to “independent, non-partisan and impartial research”, what he appears to mean is that we should ignore the universal consensus amongst reputable trade economists and modellers, in favour of a fringe group whose analysis has long since been discredited.

That would be a disservice both to our commitment to objectivity and to the taxpayers who ultimately fund us.

We take no stand either on Brexit itself or the Government’s overall strategy towards the ongoing negotiations with the EU. There are reasons to want a looser trading relationship with the EU, not least the desire for regulatory autonomy.

However, we should be clear and honest about the economic implications of this; and it is part of our job to inform the public of the likely consequences, economic and otherwise, of possible outcomes.

Our estimate of the long-run impact on UK GDP per capita of moving to WTO terms for trade to the EU was a reduction of up to 8 per cent; the government’s own analysis came up with similar results, noting also that trade deals with non-EU countries would offset only a tiny proportion of this damage.

These numbers are highly uncertain. But our conclusion – that moving to WTO terms would result to significant disruption to UK-EU trade – is not.

By Jonathan Portes, senior fellow at UK in a Changing Europe. This piece was originally published in the Telegraph.