Legislating for EU withdrawal: do the devolved institutions really have ‘no role’? 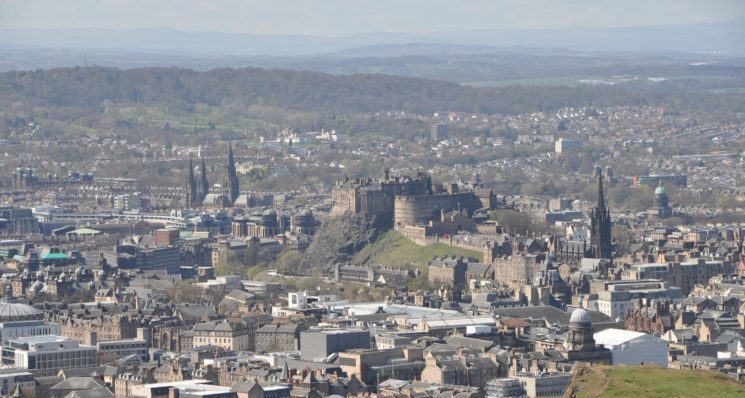 There has been a lot of rich analysis comparing the Brexit deal secured by Boris Johnson with that of his predecessor.

No such analysis is required when it comes to comparing the treatment of devolution in the respective agreements: there was no mention of devolution in Mrs May’s Withdrawal Agreement and there’s nothing in Johnson’s deal either.

Yet, the Withdrawal Agreement could have a profound impact on the devolved institutions.

This includes implications for areas of competence including the environment, fishing, agriculture and public services, on their powers to modify and implement retained EU law, and broader effects on the economy in the devolved territories and key sectors dependent on exports to the EU.

It also paves the way for a looser future relationship with the EU, potentially constraining the capacity of the devolved governments to remain aligned with EU law in devolved policy spheres.

In a joint letter to the Prime Minister, the First Ministers of Scotland and Wales noted that the UK government is ‘required’ to seek legislative consent for the Withdrawal Agreement Bill from the Scottish parliament and the National Assembly for Wales, underlining the need to make time for due legislative scrutiny in each legislature.

The requirement is underpinned by a constitutional convention – better known as the Sewel convention – that the Westminster parliament will not normally legislate in areas of devolved competence, or alter the competences of the devolved institutions, without their consent.

The Sewel convention, despite being written into the Scotland Act 2016 and the Wales Act 2017, does not amount to a legal requirement.

As the Supreme Court ruling in the first Miller case (on the triggering of Article 50 without parliamentary consent) made clear, the inclusion of the convention in the devolution statutes did not alter the fact that it has no legal effect, nor is its use or non-use subject to judicial review.

In response to a question on devolved consent, the Prime Minister told MPs that the Scottish parliament had ‘no role in approving this deal’.

It does, however, have a role in scrutinizing and consenting to the Withdrawal Agreement Bill.

The explanatory notes to the Bill include a detailed list of those clauses in the bill that affect devolved competences, and where, as a consequence, the UK government has recognized the need for devolved consent.

The Parliamentary Under Secretary of State made a formal request to the devolved governments to seek consent from their respective legislatures.

As is often the case, there is a divergence between the extent to which the UK and devolved governments think the Bill affects devolved competence.

The Explanatory Notes indicate that legislative consent is needed for 16 provisions in the Bill.

It has expressed particular concern about the role of the Independent Monitoring Authority for the Citizens’ Rights Agreements, the clauses underlining Westminster parliamentary sovereignty, the constraints on devolved competences resulting from the protected enactment status that will be accorded to those parts of the bill that amend the EU Withdrawal Act, and the fear that the devolution statutes will be subject to powers included in the bill to amend primary legislation, without the consent of the devolved legislatures.

Both devolved governments have also expressed deep concern at the departure from level-playing field commitments and regulatory alignment in the Political Declaration on the future relationship.

There is little prospect of the Scottish parliament granting consent for bill.

Mark Drakeford, the First Minister of Wales, has confirmed his opposition to the deal, and the National Assembly for Wales, by a large majority, has already indicated that it would not consent to the Bill as currently drafted.

However, in contrast to the EU (Withdrawal) Act, which eventually secured the consent of the National Assembly for Wales, there is every possibility that the Welsh government and assembly will remain aligned with their Scottish counterparts this time.

The two First Ministers have already joined forces in letters to the PM, to the European Council President Donald Tusk, and – in a first for the two governments – they held a joint press conference in London to underline their insistence that the consent decisions of the devolved legislatures cannot be disregarded.

What difference their withholding of consent will make be a matter of politics not law.

There is no devolution veto over Westminster legislation.

The UK parliament remains sovereign, with the legal authority to make law even in areas of devolved competence.

However, the Sewel convention has been critical to the successful functioning of UK devolution since 1999.

Casting it aside so readily, as the Prime Minister seems set to do once consent is withheld by the devolved institutions, is likely to add further strains to the already difficult relationships between the governments, and in the case of Scotland at least, could further stoke calls for independence.