Lessons from history: Brexit and the will of Parliament 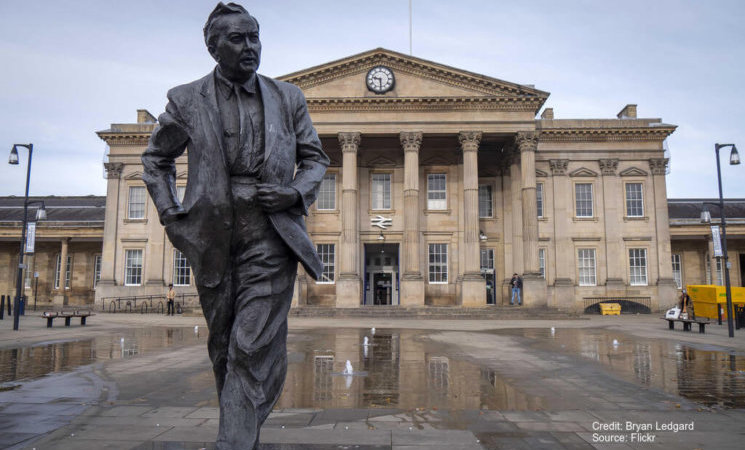 Events of the past two weeks have heightened rumours that a deal between the United Kingdom and the European Union is close to being agreed. First there was the publication of a letter to the House of Commons Select Committee for Exiting the European Union from Secretary of State Dominic Raab suggesting that a finalised deal could be in place before the end of November. Meanwhile, last week Cabinet ministers had been invited to read what was widely described as a near-finalised version of the withdrawal agreement.

Finally, at least one hurdle in the tortuous process of leaving the EU could soon be cleared.

It remains the case though that any deal acceptable to the UK’s soon-to-be ex-partners within the EU must also be one capable of finding majority support within Parliament.

Currently the issues of parliamentary arithmetic, ongoing power-struggles within the Conservative Party and opposition threats to vote against any deal negotiated could all scupper those hopes.

But, regardless of the eventual outcome, one factor above all others suggests it is highly unlikely any bargain struck will bring about closure in regard to the nation’s relationship with the European integration process: and that is history.

For turmoil and dispute over European policy has long been a defining feature of UK parliamentary politics. And nor does it seem likely that it will ever cease to be so.

Long embedded in the UK’s political culture, it was the two unsuccessful attempts at securing entry to the European Economic Community (EEC) in the 1960s that served to turn Europe into such a divisive issue.

Both applications were vetoed by French President Charles de Gaulle. But, in light of the current state of play, arguably the domestic impact of these two milestones have been the most consequential and long-lasting.

The first application, made in 1961 by Harold MacMillan’s Conservative government and rejected two years later, was made in the face of strong opposition from the Labour benches, with their leader Hugh Gaitskell dramatically warning in 1962 that entry into the EEC would represent ‘the end of a thousand years of history’.

Following Gaitskell’s death, his successor Harold Wilson (also Prime Minister from 1964) would initially preserve Labour’s policy of opposing entry, only to submit a second application in 1967 that would fail in the same year.

Labour’s return to opposition in 1970 also saw them revert to opposing entry on the terms Edward Heath’s Conservative government were negotiating. Heath was ultimately successful in securing Britain’s entry, de Gaulle’s resignation in 1969 having removed the most significant barrier.

Yet the passage of the 1972 European Communities Act was fraught with difficulty. In February of that year, the Bill passed its Second Reading with a slim majority of eight, before final approval by a majority of seventeen was achieved in July.

Despite working with what appeared to be a comfortable majority in Parliament, Heath’s achievement had only been possible with the support of Labour rebels and Liberal MPs.

Following Heath’s departure from office in February 1974, it was Wilson’s turn to again be subject to the parliamentary shenanigans Europe stirred. His problems now stemmed not only from within his own party, but also Cabinet.

To overcome them, he promised a renegotiation of the UK’s terms of membership, which, after successfully being completed, were put to the people in the first in-out referendum in June 1975.

While this referendum proved a short-term success in that it kept Britain in the EEC, it resolved nothing. By 1981, the Labour Party had split with Europe being a key reason why. And at the general election two years later the party would campaign to withdraw from the EEC.

By this point, Margaret Thatcher was a term into her Downing Street residency. Her Premiership was notable for the fact that battles over Europe primarily took place on continental rather than home turf.

However, disputes over Britain’s budgetary contribution, and proposals for economic and monetary union and for the EEC to legislate in the field of social and employment rights, brewed resentment among Thatcher and Conservative MPs most loyal to her.

And these helped set the stage for the parliamentary struggles John Major would face in the wake of the Maastricht Treaty.

Given the Conservative government’s diminishing majority, Labour’s cynical tactics in voting against the Treaty – they opposed the UK’s opt-out from the Social Chapter – were problem enough.

But, despite negotiating a deal claimed to represent ‘Game, set and match for Britain’, the revolts Major faced from the awkward squad on his party’s backbenches and the ‘bastards’ inside his Cabinet threatened to bring his government down.

Less volatile were the New Labour years. Yet still tension existed within government, primarily between Prime Minister Tony Blair and Chancellor Gordon Brown over whether the UK should adopt the euro.

Meanwhile, playing out in the background, their representation in Parliament greatly diminished following the 1997 election, Conservative unrest over Europe continued.

This boiled over again after the entry into office of the Conservative-Liberal Democrat coalition in 2010. Through the ‘referendum lock’ introduced via the 2011 European Union Act, eurosceptic sentiment should have been assuaged.

However, slowly but surely, David Cameron was dragged into a position where he felt compelled to offer the in-out referendum a large number of his backbenchers began baying for.

Ahead of the 2016 referendum, the government’s leaflet labelled the vote a ‘once in a generation decision’. The implication was that it would finalise the European debate once and for all.

Clearly, within the corridors of Parliament, it has not. And (as it has done to the electorate) the result has only served to further divide the UK legislature, as demonstrated by the myriad range of options for how to proceed with Brexit that are still being discussed close to two-and-a-half years after the vote was held.

Therefore, regardless of the outcome of the Brexit negotiations, the historical record suggests that the UK’s relationship with Europe will never properly be settled.

That is because, while the 2016 referendum outcome may be claimed as representing the ‘will of the people’, the ‘will of Parliament’ regarding Europe is something that can never be said to have truly existed.