Lessons from the pandemic 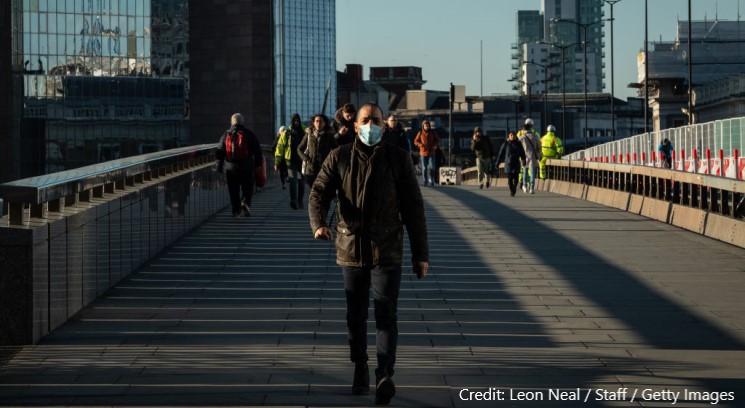 A wise Chinese when asked the consequences of the French Revolution said ‘Too early to say’. Already one set of apocalyptic conclusions (‘everything has changed’) confronts the opposite narrative (‘everything as before’) in a melee of political preferences and motivations.

We are wiser to agree now on the likelihood of some unspecified major changes; professional (health and governance systems); financial (public borrowing), and social reorientation.

If this piece sounds more anecdotal than usual, I plead stresses of self-isolation. There are advantages in sharing previous experience, as different contexts throw up similar issues and patterns of behaviour.

I was born in the Second World War, which clearly still grips the national psyche. Along the road, I took a precocious interest in ‘resilience’ around the Cuban missile crisis.

I went into Whitehall in the 1980s, being then that strange innovation – a special advisor, or ‘SpAd’ – to help implement the government’s commitment to introduce EU milk quotas; and ten years later found myself back as a minister in the same department when the ‘mad cow’ crisis broke.

To start this ‘lockdown tour’ with some enduring factors. There are plenty of authoritarian regimes who may welcome the crisis as an opportunity to impose a tighter grip, both wilfully and to avoid backlash if they mishandle things.

Meanwhile in all democracies there are tendencies towards populism waiting for a grievance, and – particularly in their international stance – it may suit governments to seek partisan advantage by playing the blame game.

Yet, whatever this tragedy may eventually teach us, it is already clear that, in their imperfect way most democratic societies across a wide range of geography and traditions have fared relatively better.

At least for a time, their peoples have shown themselves content to trust the decisions of elected governments, and to acquiesce in severe curtailment of their liberties.

Arguably, it is the four ‘superpowers’ (USA, China, Russia and the EU institutions) who have performed worse.

Any government crisis is completely different from steady state. We ‘survived’ milk quotas because the challenges were novel, and anyone’s opinion was sought and heard. (I am sure others joining for the war in 1939 had similar experiences).

The machine is energised, problems are solved under the pressure of events; and the Civil Service has the unfettered opportunity to show its talents and imagination. Priorities are set and directed to pulling through. Mistakes are made, but forgiven.

It is wrong to look for linearity. The path forward is strewn with feedback loops (and an ever-watchful Treasury).

Particularly in science-based crises the limited and rapidly developing data are subject to interpretation and genuine differences of professional view; and it can take a jolt like the present crisis to remind us to probe more analytically the structure of our own societies.

Lastly, implementation is a separate issue in itself; who gives the instructions, who responds, and who carries the can?

In lockdown, I reflect on the experience of a parallel universe to government, normally in healthy tension with it, through the political system (I’ve also been spent time as a ‘scrutineer’), the various media and the operation of the law, working together as a system of checks and balances.

Alongside coping with the crisis, government ministers concentrate on messaging; opposition politicians walk a tightrope between bland support and factious criticism. The legal system watches as the Courts become less effective, while government seeks to cut corners and risks dangerous precedents.

The normal weapons of law and judicial review are largely suspended under the pressure of events; and perhaps also by public opinion, which will not take lightly to greedy landlords insisting on their precise legal rights; nor equally to NGOs and others using legal tools to promote sectoral interests when the real needs of others are even greater.

These tensions are also apparent in the media response. Most are walking a tightrope between the duty to inform and their right to critical comment; and also professionally between factual and empathetic presentation; remembering that suffering is inherent in this situation, and part of the ‘facts’ themselves.

I understand why they focus on particular shortcomings in a world of priorities. At the same time, they have to attempt to cover the field, in terms first of the national debate (across the four nations of the UK, and its regions), plus international coverage. I have rather admired the enlistment of political correspondents across Europe as health reporters.

Conversely, there has generally been a failure to cover issues in developing countries, partially from logistic problems. In general, the main victims of the pandemic whether at home or abroad have not received the attention they should, though perhaps they never do.

As a lead-in to conclusions, I note that the biggest change has been cultural.

If even the Upper House can now ‘meet’ and vote ‘remotely’, and we can all enjoy the best sport and concerts and access the best medical knowledge from around the world, the world has changed. It certainly puts Brexit into perspective, and in what I hope is a conciliatory piece I do not intend to reopen hostilities.

However, we do face a shortening timetable to apply to extend transition, and if not, the looming end of the transition period itself.

I hope that the government will attend primarily to priorities of rebuilding our economy and representing our national interest. It is frankly unclear how they will view their mandate in the new landscape.

This, rather than premature analysis of errors and blame in handling the crisis itself(by no means just in UK) is where initial lessons should be learnt. We may have become a ‘kinder, gentler world’ just as we have had to make political and social adjustments nearer home.

Something perhaps of the spirit of engaged internationalism of 1945 has been rekindled, in that we will be impatient of narrow self-interest, and more widely committed to the good of mankind and some generosity of spirit. After the pandemic, to do the ‘decent thing’ is also the right thing to do.